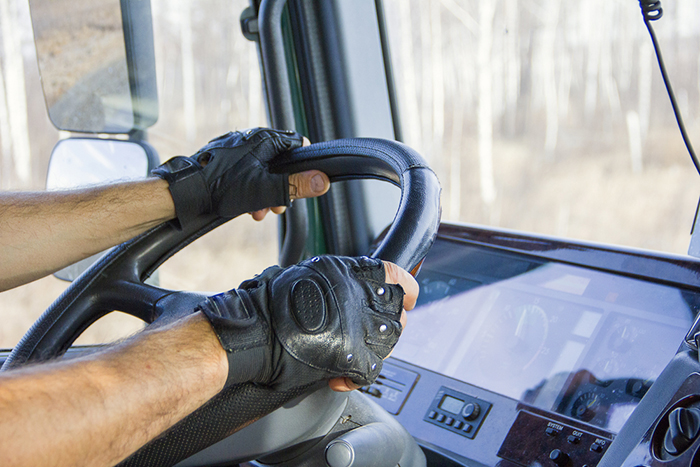 Trucking companies say that rolling back of some hours-of-service requirements will restore productivity lost when they were put in place.

As an effort to more strictly limit US truck driver hours of service rattled down a congressional exit ramp last week, two more trucking rules long in the works pulled into the fast lane.

These aren't "midnight rules" rushed out before the inauguration of a new president — and the installation of a new transportation secretary — but regulations that have been in the works for more than a decade.

The rules will have a significant impact on truck drivers, and therefore on the companies that employ them and the shippers whose freight they haul. For the first time, commercial driver license applications will have to spend a minimum amount of time behind the wheel to get a CDL, and potential employers will have access, once granted permission, to drug and alcohol test results of prospective employees.

Eventually, the new rules may tighten the pool of available drivers, or at least contribute to what some forecast will be a larger driver shortage. The release of the new rules also show the regulatory wheels continue to turn in Washington, DC, during the presidential transition. It's Congress, however, not the outgoing Obama administration, that is calling regulatory shots, directly and indirectly.

Congress put the “1-5” requirements of the 2013 hours of service rules on a close-to-permanent hold in its $1.1 trillion continuing resolution, which President Obama signed into law last week.

The funding law included language denying any money to implement or enforce those requirements until a final report is released by the Department of Transportation and reviewed and approved by the transportation secretary and the DOT inspector general.

The law went further, specifying that unless the secretary and the IG agree the suspended rules show “statistically significant improvement in all outcomes related to safety, operator fatigue, driver health and longevity, and work schedules,” the original pre-2013 restart rules would be restored. The DOT must submit its study, originally due in 2015, to the US House and Senate.

Trucking interests applauded the apparent demise of the 2013 addition to the HOS rules, which often extended a driver’s weekly off-duty restart period well beyond 34 hours.

“The changes to the restart could have been devastating to my fleet and thousands of other trucking companies across the country,” Kevin Burch, president of Jet Express Inc. in Dayton, Ohio, and current chairman of the American Trucking Associations, said in a statement.

The reversion to the pre-2013 restart rules will help carriers dodge the loss of productivity they reported in 2013 and 2014, when the rule was in place. Congress suspended the restart changes introduced in 2013 in its fiscal 2015 appropriations act, pending further study.

Since then, truckers have been working under the original restart rules, which were introduced in 2003, ostensibly to give drivers greater control over their time and to get them home faster. Drivers can use the restart to begin a new work week after 34 hours off-duty, and use the restart more than once during a week — say if they are sidelined by repairs for more than 34 hours.

The Teamsters and congressional Democrats opposed the HOS “fix” in the funding law but weren’t able to remove it. “At a time when 4,000 people lose their lives annually and 100,000 are injured due to large truck crashes, it is imperative that Congress do more, not less, to improve safety on the roads,” Sen. Cory Booker, D-NJ, said in a statement.

Congress also mandated both of the new driver-related regulations in the 2012 Moving Ahead for Progress in the 21st Century Act, or MAP-21. The 2012 highway spending bill has fueled several regulatory initiatives, including the electronic logging mandate that takes effect Dec. 18, 2017, and the truck driver coercion rule, which applies to shippers as well as carriers.

The Federal Motor Carrier Safety Administration’s drug and alcohol clearinghouse will create a central database of drug and alcohol testing violations by holders of commercial driver’s licenses, eliminating the need for employers to rely on self-reporting by drivers when they apply for a job. The clearinghouse, which must be established, is set to open in January 2020.

Once that data bank is open, drivers that fail tests or use illegal substances will have a harder time getting behind the wheel of a truck. However, this could contribute to forces shrinking the pool of available truck drivers, which over time could push up costs.

The final rule on minimum driver-training standards applies to new drivers applying for commercial driver licenses for the first time and to experienced drivers upgrading their licenses from Class B to Class A or seeking the endorsement needed to haul hazardous materials.

Many commentators, including the American Trucking Associations, which took part in the rulemaking, opposed requiring a minimum number of behind-the-wheels hours, supporting instead a performance-based test. Others, including the Owner-Operator Independent Drivers Association, would have preferred “significantly more robust training requirements,” but saw the 30-hour requirement as “a necessary first step.”

The compliance deadline for meeting the training standards also is Feb. 7, 2020, which gives states, the FMCSA, and training providers three years to prepare. At that time, individuals who fall under the rule will have to complete a prescribed program of classroom and behind-the-wheel instruction provided by an entity listed on FMCSA's Training Provider Registry.

Those entities will notify the FMCSA electronically that an individual completed the required training. The FMCSA anticipates savings not only in safety, as a result of reduced crashes, but in areas such as fuel economy, thanks to better training and more efficient operations.

The concept of a national minimum training standard has been kicked around for years. Consumer Advocacy Groups including Citizens for Reliable and Safe Highways long called on DOT to set training standards, and sought a court order against DOT in 2002. FMCSA first issued a rule in 2004 and then proposed another in 2007 after another court challenge.

That second proposed rule was withdrawn after Congress ordered action in MAP-21, to be replaced by a rule reached through a negotiation with industry and consumer groups.

The continued flow of federal regulations led the OOIDA to ask the incoming Trump administration to consider a stay of pending trucking regulations that “unjustly jeopardize” small businesses.

“It is our hope that with your administration we can collectively review the excessive burdens being pursued by federal regulators and seek less intrusive alternatives that enhance highway safety and promote opportunity for independent operators,” the OOIDA said in letter to vice president-elect Mike Pence.

Altough OOIDA didn't cite the electronic logging mandate by name in its Dec. 6 statement, the ELD rule is the association's number one regulatory target. The association hopes for a re-hearing of its complaint against the rule by a US Court of Appeals. A three-judge panel of the court rejected OOIDA's lawsuit in October.