Next phase of inland ports are intermediate DCs near cities

Next phase of inland ports are intermediate DCs near cities 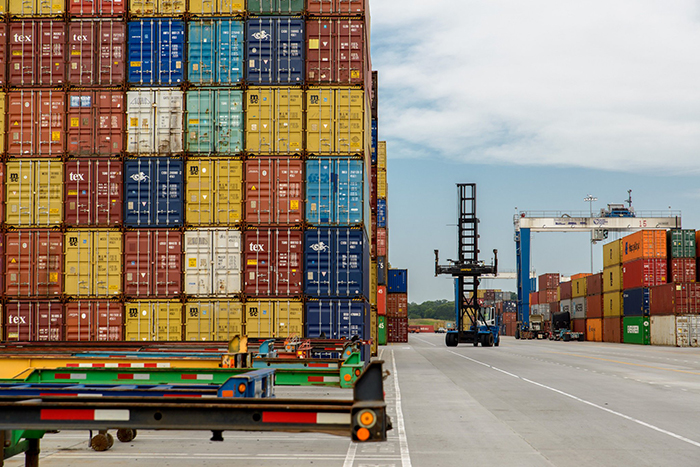 Spurred on by the desire of consumers to receive their orders faster and cheaper, retailers are establishing “intermediate” distribution facilities closer to major population centers. These warehouses are positioned between the big-box import distribution centers and the customers, and they are skilled at processing goods efficiently at the package level.

“It sounds counter-intuitive, but you’re adding buildings to create greater efficiency,” said David Egan, head of industrial and logistics research in the Americas at CBRE.

CBRE on Tuesday will release its annual report on inland port logistics in which it cited 12 inland hubs across the country that are expanding their base of industrial properties at nearly twice the national rate. E-commerce fulfillment is certainly contributing to the growth of inland ports, although Egan said, “it’s not a pure e-commerce play.”

Those 12 hubs collectively in the first quarter of 2016 expanded their base of industrial properties by 2.7 percent, compared with the 1.6 percent national average, according to the CBRE analysis. The top-three inland ports in terms of growth rates were the Inland Empire, 4.3 percent, Greenville, 4.2 percent and Atlanta and Dallas/Fort Worth, 3.6 percent.

Egan said that model is still alive and well, but some retailers and e-commerce companies are breaking the supply chain down further to establish intermediate facilities closer to cities, and sometimes within cities, where the individual packages are processed and delivered to customers.

Although inland ports can be located 40 miles or more from cities, where land is usually available and facilities are newer or can be constructed from the ground up, the options are more restricted and competition is fiercer the closer the desired location is to an urban core. In making the decision to locate an intermediate facility closer to a city, choosing a site and structure becomes more complex.

In making those decisions, location drives the deal, Egan said. Since availability of buildings can be much less, the desired Class A structure may give way to a Class B or Class C building. “Don’t let perfect get in the way,” he said.

Inland ports themselves have a bright future owing to their proximity to population centers of 10 million or greater, a location served by an intermodal rail facility or interstate highways that offer direct connections to seaports and abundant land for development of Class A distribution facilities. That infrastructure is already in place.

Each of the 12 fastest-growing inland hubs has its own attributes as well. Chicago is the biggest and best-located of the bunch. It is the largest point of origin and termination for rail-to-truck intermodal shipments in the country. In 2014 the Chicago-area’s 18 intermodal terminals handled 15.4 million twenty-foot-equivalent units, which makes it the second largest U.S. port after Los Angeles-Long Beach.

St. Louis adds a new factor to the equation with its port district offering access to cost-efficient barge transportation. Although barge transport so far has involved mostly bulk commodities, there is active interest in container-on-barge service that could handle merchandise that moves redundantly, and the shipment date can be planned well in advance to compensate for the longer transit by water, Egan said.

The South Carolina Inland Port in Greer has made the nearby city of Greenville an “up and comer,” CBRE said, based primarily upon the manufacturing enterprises that were attracted to the location because of its proximity to the Port of Charleston. Egan said manufacturing is being supplemented now by distribution activities. Although Atlanta is and will remain the main distribution center for the Southeast, Greenville offers an alternative distribution hub for the region, he said.

With e-commerce driving more decisions now, inland ports are growing in importance and for the foreseeable future will most likely continue to be the fastest-growing sector in industrial real estate, Egan said. “These markets are disproportionately benefiting from the current cycle,” he added.