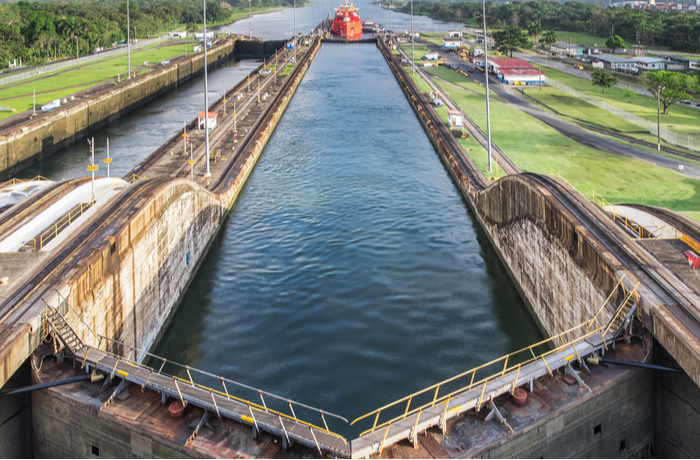 Last year’s rainfall in Panama fell 20 percent below the historical average, making 2019 the fifth-driest year in seven decades, according to the authority. In late July, the ACP increased the permitted draft of vessels passing through the waterway by 1 foot to 45 feet due to then-recent rainfall, but that’s still short of the normal permitted draft of 50 feet.

Under its 2020 plan, the authority on Feb. 15 will begin charging a “freshwater” fee to vessels over 125 feet that traverse the waterway. The fixed fee per transit is $10,000, and there will also be a variable fee ranging from 1 percent to up to 10 percent of a vessel’s toll will be applied depending on water levels on the Gatun Lake, a man-made body of water the canal depends on for fresh water with which to fill canal locks during vessel transits. According to the ACP, 101,000 cubic meters of water are needed to fill a single lock chamber and an average of 52 million gallons of fresh water are used in each transit.

The ACP said next month it will also adjust the number of daily reservations to 27 so that it replicates the number of slots available during lane outages. Each vessel will be required to pay a booking fee at least 48 hours before it moves through the canal. Slots for super-Panamax and so-called regular vessels, or those with up to 90.99-foot beams, will be awarded through auction three days before transits, although the authority will work to provide transit capacity for ships on a first-come, first-serve basis.

“Without fee and operational changes, the canal’s water levels are projected to drop to levels that would affect the Neo Panamax and Panamax Locks,” ACP said in a statement. “Together, the new measures will allow the Panama Canal to better anticipate the number and type of ships transiting the waterway, and therefore allocate water resources accordingly.”

Beyond the announced measures, the Panama Canal has also worked to better conserve water by suspending power generation at the Gatun Hydroelectric Plant; eliminating hydraulic assistance at Panamax locks; using tandem locks that can allow ships to transit at the same time; and creating water-saving basins at the neo-Panamax locks. The ACP is also cross-filling lockages, saving enough water normally used in six lockages by sending water between the two lanes at the Panama locks during transits. The ACP pledged to continue to invest in water-sustainability initiatives and use a portion of its collected revenue to solve shortage issues.