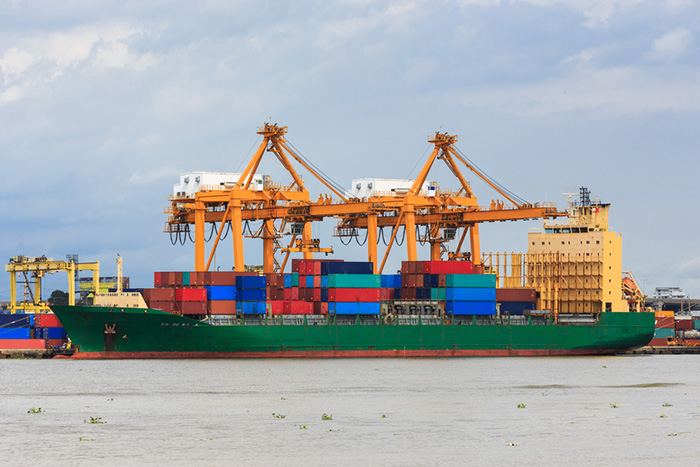 The member countries of the Association of Southeast Asian Nations are to implement processes to measure and improve productivity at their major ports.

The action to continuously monitor and review key performance indicators related to port and berth productivity is top of the list of maritime-related goals and actions in the ASEAN Transport Strategic Plan 2016 to 2025.

The plan outlines specific goals, actions and timelines for the development of the ASEAN Single Shipping Market. One of its primary goals is to improve the level of performance and capacity at 47 Southeast Asian ports. A template for calculating port performance indicators is being developed and will be issued to member countries.

“The work on developing ASEAN's single voice in international maritime through the development of an ASEAN Single Shipping Market is imperative and supportive of the ASEAN Leaders’ commitment to develop ASEAN as a single market and production base,” says the plan, which is also known as the Kuala Lumpur Strategic Transport Plan.

Southeast Asia’s level of port infrastructure development is well below average levels in the developed world. Singapore and Malaysia are the only two ASEAN countries to make the top 50 in the port infrastructure sub-section of a Citi Research ranking of transport infrastructure in 144 countries. Cambodia, the Philippines and Myanmar all languish in the bottom third of list, placed at 97, 101 and 125, respectively.

The research shows there is a heavy capital outlay for port projects in Southeast Asia. The World Bank has committed $2.5 billion in loans for 41 port projects in the region, including construction of new ports, expansion of existing facilities and improving port-hinterland connectivity.

Of the total 102 port projects involving both agencies, 38 are in Indonesia and 23 in Vietnam.

A definitive dollar value for private investment in ASEAN ports was not available. The World Bank’s Private Participation in Infrastructure project database notes that in 2013 $6.7 billion was being invested privately in 45 projects.

In addition to gathering, monitoring and reviewing productivity metrics at ports, ASEAN members have agreed that a study should be undertaken to investigate the possibility of harmonizing port electronic data interchange systems. Member states agreed as well to set up national coordinating bodies to review and develop better linkages between ports and inland transport networks.

A major goal of the plan is to develop an ASEAN roll-on, roll-off shipping network, with member countries required to include a focus on ro-ro capabilities in plans for development of port infrastructure, facilities and connectivity.

A coordinating board comprising senior maritime transport officials of member countries is being established to implement the ASEAN strategic transport plan and a pilot project on ASSM, including in-depth cost and benefit studies, is to be completed by 2019.

Transport is seen as central to the future development of ASEAN. “Transport has been recognized by the ASEAN Leaders as the very basis of the ASEAN economic development and integration as it plays a crucial role in the movement of goods, services, capital and people. It also provides great support in binding ASEAN’s economies closer together and in building the ASEAN Economic Community that is so vital for the future of ASEAN nations,” the KLSTP said.