US importers from Asia rush to NVOs amid tight capacity

US importers from Asia rush to NVOs amid tight capacity 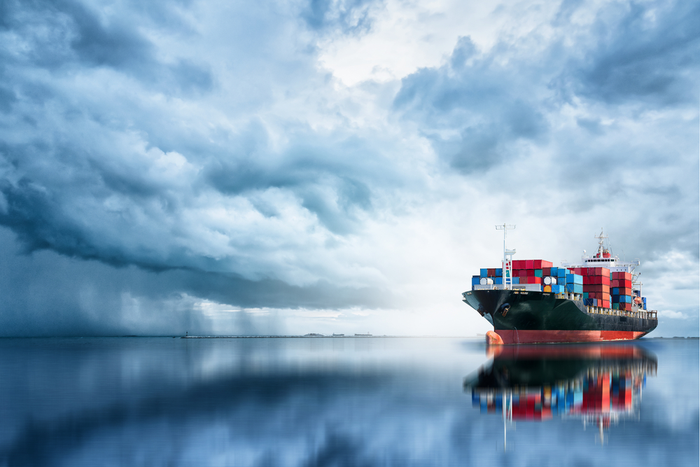 Carriers from early February through May canceled 203 sailings from Asia to North America. Photo credit: Shutterstock.com.

US importers from Asia are turning more to non-vessel operating carriers (NVOs) to secure slot capacity in a tight market, as reflected by NVOs boosting their share of the trade by three percentage points — to 46 percent — in the first five months of 2020 over a year ago.

Carriers from early February through May canceled 203 sailings in the eastbound trans-Pacific, according to Sea-Intelligence Maritime Analysis, as consumer demand cratered due primarily to the economic impact of the coronavirus disease 2019 (COVID-19). US containerized imports from Asia declined 9.8 percent in the first five months of the year, according to PIERS, a JOC.com sister company within IHS Markit.

In the previous four years, NVOs’ share of bookings in the eastbound trans-Pacific held firm at 43 to 44 percent, even as total imports from Asia increased steadily from 5.5 million TEU in January-May 2016 to 6.3 million TEU in the 2019 period.

In the first five months of 2020, US imports declined to 5.7 million TEU. Carrier-direct bookings from US importers declined 14.1 percent, while bookings made through NVOs dropped only 4.1 percent, according to PIERS.

Two carrier representatives told JOC.com the blank sailings due to COVID-19 have helped boost NVO market shares so far this year. With many importers unable to get their shipments on vessels operated by their core carriers, they had no choice but to seek additional vessel capacity by turning to NVOs.

Additionally, the carrier representatives noted that they seek a mix of direct bookings from beneficial cargo owners (BCOs) through annual service contracts, and they also supplement that volume with NVO bookings.

Mitigating risk when capacity is tight

Many BCOs concentrate their bookings with several core carriers, but when those lines cancel sailings in Asia, the carriers strictly limit their customers to the minimum quantity commitment (MQC) in their contracts with the carriers.

An executive at a carrier that relies on NVOs for much of its cargo said a number of BCOs look to NVOs for door-to-door delivery and information technology services they cannot arrange in-house because of staff limitations.

“NVOs can offer things carriers can’t,” the liner executive said. Small and mid-size importers often do not have sufficient staff to handle tracking and tracing of shipments, blank sailings, and cargo-handling disruptions at marine terminals, the executive said, so some lines rely on NVOs to service the smaller shippers.

However, carriers with a higher percentage of BCO-direct bookings said those shippers usually do not require the value-added services NVOs offer, and charge for, because those retailers and BCOs handle those functions in-house. Larger retailers are more concerned about consistent pricing throughout the year and they achieve that by moving a large percentage of their cargo through annual service contracts, those carrier executives told JOC.com.

NVOs have carved out their place in the market by offering value-added services. “It’s easier to do business with NVOs,” said Bill Rooney, vice president of trade management, North America, at Kuehne + Nagel. Rather than having to look over every carrier’s website when scrambling to  find space on vessels, BCOs can go to an NVO and get visibility to capacity availability in the entire trade, he said.

“They don’t see changes at the carrier level,” Rooney said. “We aggregate visibility across multiple carriers.”

Lack of shipper visibility into the status of their shipments once they are discharged at a US port also drives some of the gains NVOs are realizing, said Scott Weiss, vice president of business development at the NVO and trucker Port Logistics Group. BCOs and truckers in Southern California have raised their concerns about gate closures and unscheduled cut-offs in receiving empty containers to the Federal Maritime Commission, which recently published guidelines urging carriers and terminals to provide greater advance notice of operational changes.

For example, Weiss said Port Logistics Group is advising customers in Southern California who had been building a three or four-day buffer into their plans for taking delivery of containers in Los Angeles-Long Beach to increase the buffer to 10 days due to gate closures and empty-return prohibitions during months of blank sailings.

“A lot of customers don’t understand what’s happening at the terminals. They’re not taking the uncertainties into account,” Weiss said.

Terminal operators are also responding to the concerns of BCOs and truckers by providing greater advance notice of gate closures and other operational changes, such as a sudden direction from the ocean carrier to cut off the return of empty containers to a terminal. Some terminal operators will continue to accept empty returns for truckers that have already booked an appointment regardless of the directive from the carrier.

Capacity limitations due to blank sailings are the main drivers today for the increase in use of NVO services, BCOs say. The vice president of transportation at a mid-size home furnishings retailer said there are certain lanes where his company met its MQC and the carrier informed him that he would have to pay a premium rate for any shipments above the commitment. According to carriers and shippers, the premium rate in the form of a general rate increase (GRI) or, beginning July 1, a peak-season surcharge (PSS), could be $300 to $600 per FEU.

The vice president of transportation said BCOs who book their excess shipments through an NVO can sometimes get a rate that is higher than their contract rates with their core carriers, but less than the premium rate they would have to pay to those same carriers.

The source added that due to the uncertainties around consumer demand caused by COVID-19, retailers find it increasingly difficult to plan their volumes several weeks out. If their capacity needs unexpectedly spike, retailers will often turn to NVOs, he said.

“BCOs can’t get the capacity they need, so they’re getting flex capacity from NVOs,” he said.

Carrier and NVO sources said the growth in NVO market share this year is due mostly to decisions made at the BCO level. Carriers have historically differed in their reliance on bookings made through NVOs, and PIERS numbers for January-May generally showed those ratios have remained about the same.

For example, at Matson Navigation Co. in January-May, bookings made by NVOs accounted for 15.8 percent of its import volumes from Asia. NVO bookings accounted for 31.2 percent of Maersk Line’s booking and 33.1 percent of the imports carried by Cosco/OOCL, according to PIERS.

By contrast, NVOs accounted for 93.8 percent of the imports carried by SM Lines, 57.3 percent at Zim-Israel Navigation, 55.8 percent at Yang Ming Line, 53.4 percent at Evergreen Marine Corp., and 49 percent at Mediterranean Shipping Co., according to PIERS.

Carriers have not abandoned small and mid-size shippers in order to focus only on their largest customers. The spokesperson at the line that books most of its cargo directly with larger BCOs said it is expanding its digital offerings for customers of all sizes and encouraging them to use these services for booking as well as to gain visibility into their shipments.