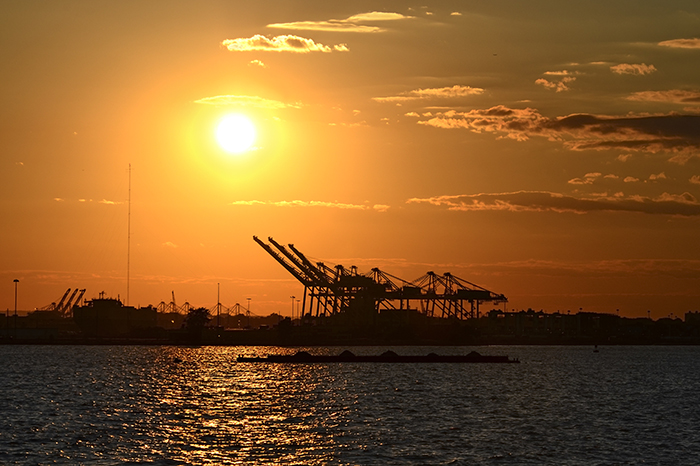 The benefits of slowing ships down and thereby consuming less fuel en route from one port to the next while remaining on schedule have long focused container lines on the need to reduce the time their ships spend in port.

This lofty goal has been undermined, however, by the much larger ships deployed after the financial crisis, profit pressures on carriers that contributed to an often acrimonious and zero-sum relationship between carriers and terminal operators, and more recently, carrier and alliance consolidation, which along with larger vessels has caused lines to concentrate larger calls at fewer ports.

For example, one factor extending port stay times is the fact that the number of lifts per port call is rising much faster than the average size of ships. This is due to carriers’ efforts to consolidate port calls and right-size capacity to match expected demand, a key factor in freight rates holding up this year despite the collapse in volumes due to the COVID-19 crisis. Globally, container ships’ time in port grew by an average of 0.3 hours (1.2 percent) in 2019 versus the prior year, according to IHS Markit port productivity data sourced from the world’s largest ocean carriers. IHS Markit is the parent company of JOC.com.

But a renewed push is under way to reduce port stay times. Partly driven by the larger decarbonization agenda, to the extent there is meaningful progress toward the goal of improving so-called port call optimization, this can only be positive. If there was ever a “win-win-win” scenario within container shipping and logistics, this is it.

“It is a benefit to everyone,” said Patrick Verhoeven, managing director at the International Association of Ports and Harbors.

Reducing port stay times not only cuts costs for carriers, it creates overall enterprise benefits given that asset-based transportation networks are more efficient when assets are in motion. When ships spend less time at berth, shippers see their cargo move more quickly, whether inbound or outbound; berth capacity opens up for other ships, opening the door for more ship calls and revenues for terminal operators; and perhaps most importantly, there is a growing realization that the maritime industry will not reduce its share of global emissions in support of the Paris Climate Agreement goals if the industry has to wait for zero-carbon vessels to replace existing ones using fossil fuels. As such, operational improvements to the existing fleet are needed immediately to begin trending emissions lower, a topic that will be raised at an upcoming International Maritime Organization (IMO) meeting in July.

“The time left to deliver on what is dictated by the global Paris Agreement is too short to rely on measures that predominantly focus on improving the efficiency of new ships,” said a recent study published in BMC Energy. “New zero-carbon ships are essential, but … policy makers must target a new suite of mitigation measures at the existing fleet with some urgency.”

Several years of work done by the Port Optimization Task Force coordinated out of the Port of Rotterdam has led to a framework for electronic information sharing specific to individual vessel calls. It envisions a tool that is always up-to-date and accessible for all port users, significantly reducing traditional person-to-person communications among ship operators and agents, pilots, port facilities, and government agencies. But it needs to be implemented beyond the handful of ports such as Rotterdam, Antwerp, Hamburg, Los Angeles, and a few others that have taken the lead in advancing electronic systems within their port environments. According to a June 2 call to action on accelerating digitalization of maritime trade and logistics in the aftermath of the COVID-19 pandemic, only 49 of the 174 IMO member states currently have functioning port community systems.

That needs to change, and due to the confluence of COVID‑19, decarbonization, and shipowners’ continued drive for cost savings, some believe a unique moment for progress is at hand.

“All the groundwork has been done over several years,” said Verhoeven. “Now it just needs to get implemented, and that is where we need more ports to step in and do trials. It is a clear winner for everybody, but to get there, you need people to trust and start sharing terminal- and berth-related data.”

This will be difficult, in part due to a history of entrenched conflict, particularly between container lines and terminals. Still, some industry leaders see the potential for improvement in cooperation and data sharing.

“The cooperation between carriers and terminals leaves a lot of room for improvement,” Hapag-Lloyd CEO Rolf Habben Jansen said in a recent episode of JOC Uncharted, the weekly JOC virtual event. “Terminals play a critical role in all of the supply chain and also for shipping lines, and there are a lot of things that we can still do better by communicating better with each other, exchanging better data.

“One of the things we see is that collaboration can still be a lot better,” Habben Jansen added. “Terminals and carriers have been fighting a little bit too much every now and then on the pure pick rate, rather than on the total cost of ownership and service quality.”