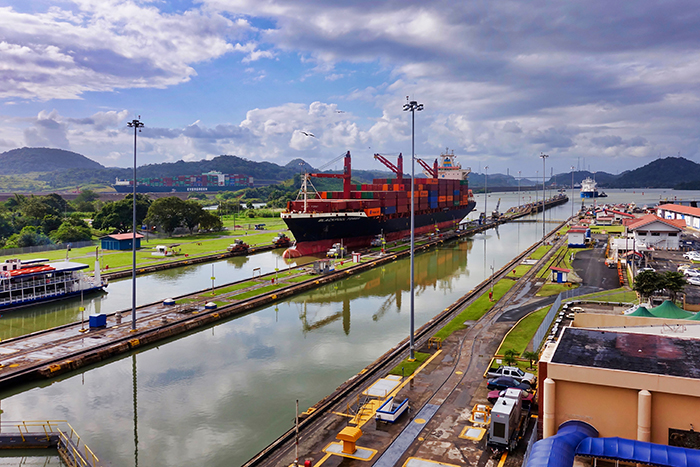 The Panama Canal Authority has postponed its plan to limit the draft on its neo-Panamax lock from 44 feet to 43 feet until June 12. Photo credit: Shutterstock.com.

The Panama Canal Authority has postponed its plan to restrict draft limits by another foot for a further two weeks after receiving needed rainfall last week.

The authority had originally planned to limit the draft on its neo-Panamax lock from 44 feet to 43 feet, starting May 28, but has since pushed back the action until June 12. The planned draft restriction would be the canal’s sixth this year as it weathers a drought.

Carriers have been able to alter stowage plans for neo-Panamax ships, ranging from capacities of 6,000 TEU to 15,000 TEU, to mitigate the current draft limits, according to the Panama Canal Authority. At the Gulf Shipping Conference in Houston, CMA CGM Americas president Ludovic Renou said Tuesday that the current restrictions haven’t hurt the carrier’s utilization since vessels calling the East Coast ports aren’t fully loaded because some port harbors aren’t deep enough yet.

Even so, shallow draft limits have already pushed up spot rates from Asia to the East Coast, with the cost of moving a 40-foot equivalent unit up 14 percent year over year, at $2,711 per TEU, according to last week’s reading of the Shanghai Containerized Freight Index, as published on JOC’s Shipping and Logistics Pricing Hub.