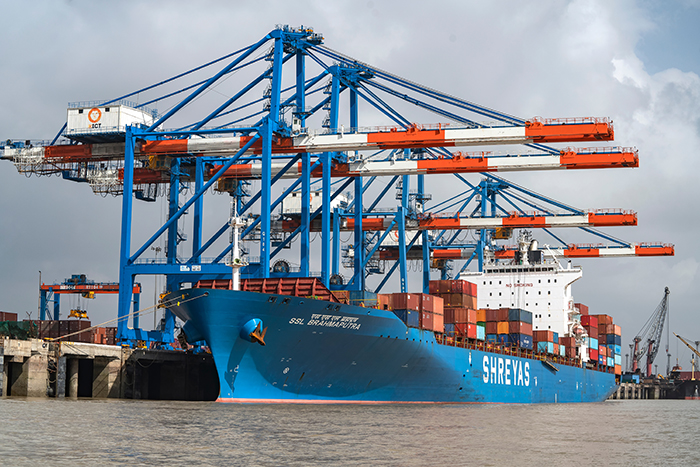 Freight shipments from China are being delayed at Indian ports following heightened customs checks ostensibly in response to the latest flare-up in border tensions between the two neighboring countries.

The Chennai Customs Brokers’ Association (CCBA) was the first trade group to put out a customer alert regarding customs snags as stakeholders increasingly push for faceless clearance systems.

“There is an internal instruction from Customs to all custodians of cargo, including port terminal, airport, and all CFS [container freight stations] to hold all consignments which have originated from China,” the CCBA said in a notice to customers. “The consignments, which are given OOC [out-of-charge], also will be under hold and subject to a re-examination before release from CFSs and [the] port.”

In a follow-up advisory on Thursday, the broker group said Chennai Customs agreed to release containers the agency had held back for additional screening, with the exception of certain boxes with specific intelligence alerts. “Members can approach the custodian for delivery of the goods for which OOC has already been granted,” CCBA said.

An official with terminal operator PSA Chennai told JOC.com cargo flow in and out of the terminal has returned to normal after some hiccups earlier in the week.

“We have some containers stuck at the CFS for the past three days. There is no clarity as to when Customs will declare them out-of-charge,” a Mumbai-based freight forwarder said.

“Over the last few days, we are witnessing a severe lag in customs clearance for shipments originating from China, Hong Kong, and Macao across all the ports in India,” the company said in a customer advisory Thursday. “This [disruption] has led to uncontrollable queuing, congestion, and delays of shipments in our clearance ports across the country.”

According to DHL, the suspension is intended to prevent port congestion in India from impacting import shipments from other global markets.

“Our customers have started witnessing challenges in getting the cargo released for shipments originating from China and Hong Kong,Vishal Sharma, CEO of DB Schenker (India Subcontinent)/ “If customs decide to impose 100 percent inspection of all shipments originating from China, then there would be significant delays in clearance due to lack of resources and availability of infrastructure for such activities.”

Container lines and CFS operators contacted by JOC.com were not available for comment.