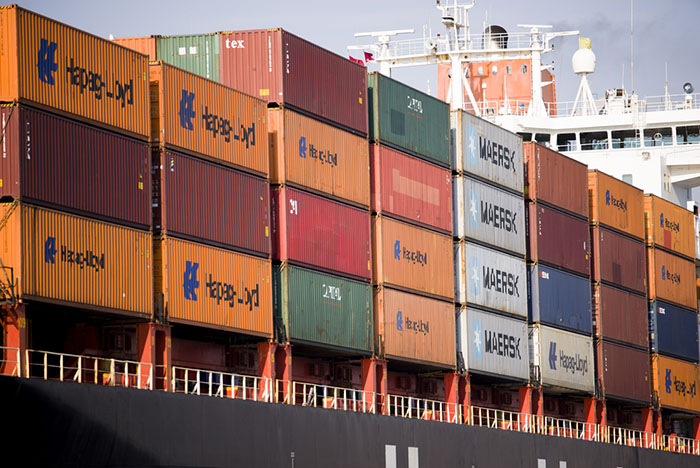 Most of the capacity the market lost from Hanjin Shipping's bankruptcy has already been replaced.

Spot freight rates in the eastbound Pacific may have found their comfort zone, holding steady for the past two weeks since a Sept. 1 general rate increase. The Hanjin Shipping bankruptcy has had no discernible impact on rates after the Sept. 1 hike.

The spot rate for shipping a 40-foot-equivalent unit from Shanghai to the East Coast this week was $2,447, the same as last week, according to the Shanghai Shipping Exchange, whose index is published on JOC.com under the Market Data Hub. The spot rate to the West Coast was $1,742 per FEU, down only $7 from last week.

On Aug. 31, Hanjin announced it was seeking bankruptcy protection in South Korea. Also, container lines individually implemented a previously-announced GRI on Sept. 1 and rates surged 45 percent to the East Coast, to $2,441 per FEU, and 51 percent to $1,746 to the West Coast. The spot rates remain at those levels, buoyed as well by vessel-utilization rates in the 93 to 98 percent range, according to the Transpacific Stabilization Agreement.

It appears that supply-demand market forces are ruling spot rates. Several lines announced they were deploying extra-loader vessels for beneficial cargo interests who no longer wish to book with Hanjin. If capacity remains sufficient to carry peak-season shipments from Asia, rates should stay in the same range in the coming weeks.

Shipper and carrier executives who addressed the South Carolina International Trade Conference Tuesday in Charleston are not looking for a huge peak season in late September through October. “Soft to flat,” is how Rick Gabrielson, vice president of transportation at Lowe’s, described this year’s peak. Mike White, president of Maersk Line North America, predicts a modest peak, with no significant or prolonged shortages of vessel space.

“Hanjin’s 3 percent market share can be easily replaced. The idle capacity is standing at 5 percent, which is substantially more than Hanjin is taking out,” Alphaliner’s Tan Hua Joo said at the Global Liner Shipping Asia conference this week.

“Almost 70 percent of Hanjin’s trans-Pacific capacity has already been replaced. And remember that its receivership occurred in the middle of a fairly weak peak season, so this will all be resolved in a couple of months.”

Carriers see the current spot rates not as a bonanza, but rather as a rebound from unsustainable, unprofitable rates that were being charged earlier in the year. “Rates should never have been so low,” said Allen Clifford, executive vice president-commercial at Mediterranean Shipping Co.