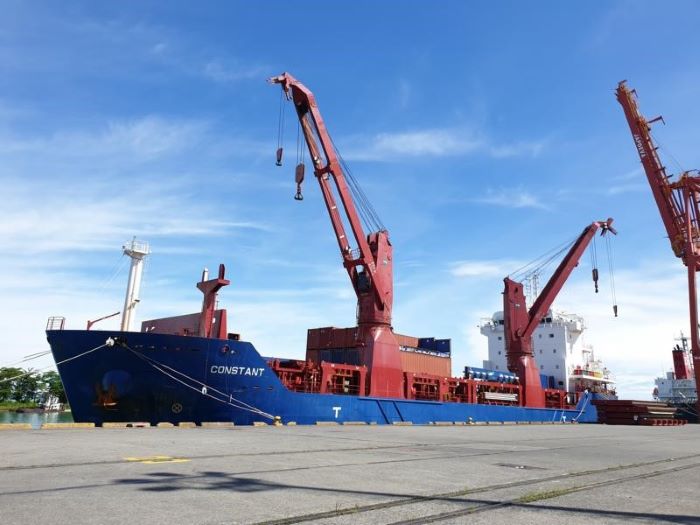 Intermarine has dialed back its fleet size since the brand was reinstated in January, CEO Richard Seeg told JOC.com, allowing two ships to be redelivered, but even a fleet of six vessels “might be slightly over-tonnaged for the market we see today.” Given present cargo volumes, anything more would be excessive, he said.

Oil price volatility and the related pullback on capital investment is affecting cargo volumes, primarily on the onshore oil and gas side, Seeg said. Offshore effects will take longer to flow through the project supply chain.

Intermarine’s current fleet of six multi-purpose tween-deck vessels can call shallow draft ports and have combined maximum lift capacities of 400 mt. Intermarine offers weekly Friday cut-offs in Houston for sailings to Colombia, Trinidad, Guyana, and Suriname and bi-weekly sailings to Brazil. Ports en route are handled on inducement, according to the company.

A new commercial relationship between United Heavy Lift and Intermarine that started in April is going well, Seeg told JOC.com. Hamburg-based multipurpose/heavy-lift carrier UHL is able to reach potential Americas customers through Intermarine, while Intermarine, which does not have vessels trading outside of the Americas, connects clients who require cargo moves outside the region with UHL's tramp service. Rene Pedersen, director of chartering with Intermarine, will manage the relationship.

UHL, which continues expanding its global reach, this week nominated DUO Shipping, based in Istanbul, as commercial agent for Turkey. Managing partners Daghan Engin and Sertac Sari worked for Intermarine formerly and are well known to UHL management, according to a statement from the company. CEO Lars Bonnesen, who also formerly worked for Intermarine, said in the statement that UHL expects to increase its fleet of 900-type ships from nine to 17 sister vessels in 2021, and to add other vessel types to its commercial management. “In addition, our joint sailing agreement with Marguisa from Mediterranean and Europe to West Africa is going very well and we will expand the service into East Africa as well,” Bonnesen said.

Ex-Intermarine sales director Fernando Maruri in February announced the startup of a new multipurpose carrier in the US Gulf, King Ocean Gulf Alliance (KOGA) Shipping. Maruri, who is CEO and president of KOGA, told JOC.com he expects to charter in vessels in the 8,000- to 12,000-dwt range through partner King Ocean Services, based in Miami.

In May, the longtime Caytrans BBC service was dissolved, ending a partnership between MPV/HL carrier BBC Chartering and Dan-Gulf, the managing agent for Caytrans, that began in 2006. The Caytrans service operated between the US Gulf Coast, the north coast of South America, and the Caribbean, according to Dan-Gulf's website. BBC Chartering has since announced a new Caribbean semi-liner service it will operate in conjunction with its two existing South American services.