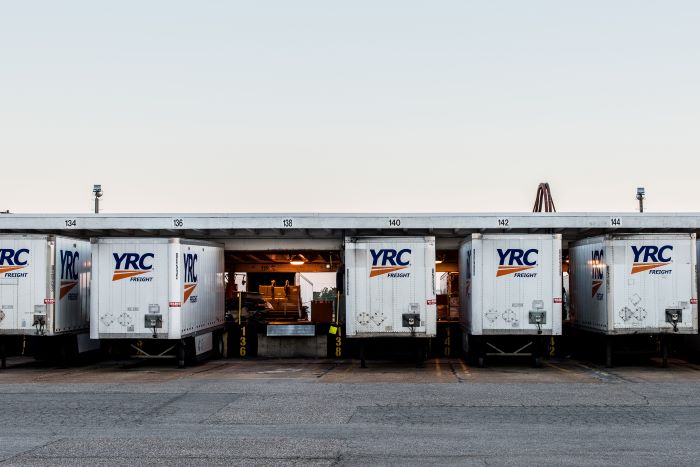 Yellow’s historic regional brands — Reddaway, New Penn, and Holland — will continue to operate until the first half of 2022, while the company brings all subsidiaries, including YRC Freight, onto one technology platform and optimizes its terminal network. Photo credit: Yellow.

YRC Worldwide is changing its name to Yellow, but bigger changes are coming. By the first half of 2022, Yellow says it plans to reorganize as a single “super-regional” carrier with one brand, bringing together national less-than-truckload (LTL) carrier YRC Freight and its three regional brands, New Penn in the Northeast, Holland in the Midwest, and Reddaway in the West.

The latest reinvention of the second-largest US LTL provider by revenue, after FedEx Freight, and the readoption of its original name, is an attempt to create a more competitive LTL operator that can offer regional and “super-regional” long-haul service to all of its estimated 200,000 customers. It’s also key to plans to return the company to profitability.

The restructuring means Yellow’s historic brands will be gone, although their drivers and some of their equipment will keep rolling under the Yellow name. When that happens, it will close a long chapter in a story of acquisition, growth, and loss that began when then-Yellow Corp. purchased Roadway and its subsidiary New Penn in 2003, and then USF Freightways in 2005, and ended with more than $1 billion in cumulative annual losses in the last decade, following $2.2 billion in losses from 2007 through 2009.

The announced “enterprise transformation” is the company’s biggest pivot yet from that chapter and toward a new decade that it hopes will prove more prosperous and profitable.

Shippers are top of mind as a new Yellow emerges, Darren Hawkins, CEO, said in an interview Friday, after announcing the changes along with Yellow’s fourth-quarter and 2020 earnings on Thursday. “The customer is center stage in this process,” Hawkins said. “The reason this is a process, and not a single event, is customer experience. Their service will only improve.”

The foundation of the restructuring process, which actually began in 2019, as the company integrated sales and other back-office operations, is the adoption of a single technology platform that replaces individual carrier software. “We are now consolidating pickup and delivery, customer service, linehaul, human resources, maintenance, and in-cab safety to one platform,” the YRC Freight platform, Hawkins said.

“New Penn is coming over to YRC Freight technology as we speak, and that will play out over the next several weeks,” he said. “Holland and Reddaway will follow that. That’s why the first half of 2022 is the target” to complete the transition to one brand. “While we’re doing the technology, we’re also doing the network piece, the optimization of our physical plant.”

Yellow’s reorganization takes place against a backdrop of rising LTL freight demand, and rising profits at many of Yellow’s national and regional competitors. The LTL market is also being reshaped by the sale of UPS Freight, the sixth-largest US LTL provider by revenue, to Canada-based TFI International, and its reintroduction to shippers as TForce Freight.

A bit of Yellow’s future can be seen in the mid-Atlantic, where the company last week announced a next-day regional network based in Virginia using the existing network and assets of YRC Freight. The 13-terminal network is the third introduction in the past two years of next-day service by Yellow in areas where the company did not previously have a regional presence.

Yellow’s ability to maintain and improve service, especially transit times, as it moves through this reorganization will be critical, said Satish Jindel, president of transportation research firm SJ Consulting Group, which ranks the largest trucking companies for JOC.com. Jindel also sees opportunities for Yellow to simplify pricing by updating and consolidating multiple tariffs.

Hawkins said Yellow will streamline pricing “to facilitate ease of use.” He also mentioned the company has 100 dimensioners at its terminals, referring to equipment used to determine whether the dimensions of palletized shipments match the description entered by shippers on the bill of lading, and whether the price charged for the shipment is correct.

Transit times under the optimized network will be “as good or better” than they are now, Hawkins said. Shippers are demanding faster service, and Yellow’s 327 terminals — the combined network of the four current operating companies — are well positioned to meet growing demand, especially as e-commerce-related LTL freight grows, he said.

“This is not about shrinking the company, this is about giving our customers access to all the services Yellow can provide,” Hawkins said. “We’re approaching this in a very stable and focused manner. We will not make the full transition until it’s seamless for the customer and there will not be any disruption to any services. That’s why the brands are still operating.”

Those brands will continue in business until Yellow is confident it can retire them without disrupting service. “We’re never going to burden the customer with any internal changes we’re making,” Hawkins said. He pointed to five locations where Holland and YRC Freight operations were consolidated in January and “the customers experienced no change.”

Although more terminal consolidation is planned, “that’s a smaller part of the overall transition than you would think,” Hawkins said. “We’re going to be protecting our capacity as we go.” That means holding onto many terminals, as well as equipment. “In some locations, we may have east and west terminals, or north and south terminals,” he said. "We'll be picking up freight at each of them."

At a time when there are fewer trucking employees in the US than a year ago, Yellow also doesn’t want to lose drivers and dock workers. Yellow is one of the largest Teamsters employers in the US, and its employees make up a large portion of the Teamsters Freight division. “The number one asset Yellow has is our 30,000 freight professionals,” said Hawkins. “The Teamsters union is informed of these changes, they’re involved.”

“Every employee is valuable at this company,” he said. “We have 1,500 job openings right now, in February, and that’s exciting this early in the year. We’re expanding, not shrinking.”

To support expansion, however, Yellow needs to get back in the black. The company, which has been attempting to rebuild since a near collision with bankruptcy in 2009, last had an annual profit — of $20 million — in 2018. Its last profitable quarter was the first quarter of 2020. Yellow reported a $53 million net loss for 2020, an improvement from a $104 million loss in 2019, and an $18.7 million loss for the fourth quarter.

The company increased revenue slightly in the fourth quarter, raising it by less than 1 percent to $1.16 billion, while its annual revenue dropped 7.3 percent from 2019 to $4.5 billion. LTL shipments per workday in the fourth quarter were flat year over year but dropped 1.4 percent from the previous quarter. Revenue per LTL shipment, excluding surcharges, rose 4.8 percent.

A $700 million loan granted by the US government last July under COVID-19 relief funding helped Yellow, a major supplier to the US Department of Defense, stay on the road in 2020, providing $300 million to cover union pension and health benefit expenses and $400 million for the replacement of its aging fleet of tractors and trailers, a recapitalization currently under way.

That loan gave the company the runway to reorganize, but Yellow is in a competitive race with increasingly profitable peers. Yellow’s operating ratio (OR), a measure of profitability before taxes and other non-operating expenses, was 98.7 percent for the year, meaning its operating profit margin was just 1.3 percent. In the third quarter, the average OR for the eight largest publicly owned LTL carriers, including Yellow as YRC Worldwide, was 88.5 percent.

Hawkins believes the optimization of the terminal network and its operations, along with the replacement of its aging fleet of vehicles with new tractors and trailers, is a route back to profitability. “The big change comes through the largest recapitalization of tractors and trailers in the history of the company,” with new equipment lowering operating costs, he said.

He expects significant savings in vehicle maintenance, higher tractor-trailer fuel economy, and improvements in truck safety that will reduce costs. A better designed network will create greater lane density and improve productivity per truck, also improving profitability. The reorganization also will help ensure Yellow has the optimal — the most profitable — freight mix in its network, according to Hawkins.

“Making sure we charge the right price for the freight in our network is an ongoing priority,” Hawkins said. Contract renewals to date in the first quarter are yielding a 6 percent increase in rates on average, he said, up from 5.6 percent in the fourth quarter. Yellow announced a 5.9 percent general rate increase Monday, and in this market, rates are sticking.

“Capacity is tight, pricing is good, and I think there are several more quarters of pricing acceleration in play,” Hawkins said.