US truck capacity creeps up, but will not leap up

US truck capacity creeps up, but will not leap up 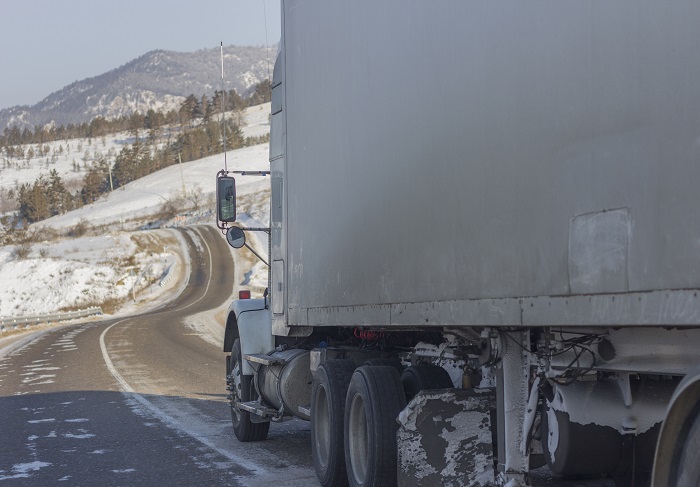 Despite a big surge in net truck orders, shippers should not expect near-term relief from the US truck capacity crunch. Registration numbers have also increased, but have not erased shortages. Photo credit: Shutterstock.

There are signs US truckload capacity is set to increase as net heavy truck orders surge and large, publicly owned carriers adjust their truck counts to meet continued strong freight demand from shippers. But any increase in capacity is likely to be incremental and slow. Difficulty finding truck drivers could put a cap on how quickly carriers can field any equipment they add.

As new trucks are being assembled and roll off the production line, shippers will have to scramble, digging deeper into routing guides and utilizing larger numbers of carriers and brokers, to connect with capacity this spring and keep freight moving. And although net orders are surging to record post-recession highs, it will be awhile before the rubber hits the road.

Class 8 heavy truck orders more than doubled in January, according to preliminary data from FTR Transportation Intelligence. Net orders last month leaped to 47,200, up 115 percent from a year ago and 28.2 percent from 36,820 orders in December. The preliminary net order figures for January were the highest since 2006, FTR said, and followed months of growth.

“These levels were well above our already strong expectations and continue to indicate the equipment markets are still reacting to the tight capacity in the truck marketplace,” Jonathan Starks, chief operating officer at FTR, said. “January is normally a seasonally weaker month, except when the market is on a clear upswing.” And an upswing has rarely been clearer.

During off-season many rates heading higher

Truckload spot and contract rates, less-than-truckload rates, and intermodal rail rates are all at or near peak levels in what traditionally is one of the weaker months of the year. The strength of transportation pricing, reflected in indices released by Cass Transportation Systems Tuesday, underscores a substantial improvement in US economic fundamentals and freight demand.

But soaring orders do not translate immediately into usable trucks on the highway, and sometimes they never do. Orders may be cancelled, and often are when economic expectations or market conditions change. And it takes several months for trucks ordered to be assembled, delivered, and registered for use. Trucks ordered in January are likely to arrive this summer.

It may take more than strong vehicle orders and production to bring truck capacity back to the “equilibrium” shippers enjoyed in recent years. “Truckload carriers are investing in procuring more assets. The problem with that is the truck is useless without a driver,” said Brian Broadhurst, vice president of transportation solutions at Spend Management Experts.

In a typical capacity crunch, “rates go up, carriers can be more profitable, invest in business, procure assets, handle more volume, and eventually that brings price down,” Broadhurst said. “Five or 10 years ago we would have said that was true without hesitation. But today there are other factors beyond the trucks influencing capacity. No one can predict the driver situation.”

Another factor is the fact that those net truck orders have to fill a deep hole in capacity left by the Great Recession. The JOC Truckload Capacity Index rose 80 basis points in the fourth quarter to 80.1. That indicates truck counts at the large carriers tracked by the JOC are still about 20 percent below where they were in the autumn of 2006, the pre-recession peak.

That is why shippers using large truckload carriers to move high volumes of freight find capacity so tight in the first quarter of 2018. Many large truck fleets were pruned back when freight demand started to slip in 2007 and then slid into the abyss in 2009. They held off on replacing equipment or adding trucks in the early years of the recovery, and then over-bought in 2015.

US truck registration data supplied by IHS Markit, the owner of The Journal of Commerce, reflect the result. The total number of Class 7 and 8 tractors registered in the United States last year dropped 4.2 percent to 137,133, said Antti Lindström, principal analyst for automotive. “At the beginning of 2016, we still felt the euphoria of 2015, but that all died down by the summer.”

The tables turned late last year, as the US economy picked up its pace. Truck registration numbers that dropped by double digits in the first months of 2017 began climbing by September and closed the year nearly 40 percent higher year over year. At 73,109, new heavy-duty tractor registrations were up 17 percent in the second half of 2017, IHS Markit data show.

On a monthly sequential basis, however, new heavy-duty tractor registrations remained in a range between 12,200 and 13,100 from August through December. “These are real trucks, registered and in use,” Lindström said. Even as these trucks hit the street, capacity tightened. New Class 8 orders reflect optimism, but registrations demonstrate a harder reality.

There are additional reasons shippers should not expect relief from tight capacity and higher rates any time soon, though, even as carriers order more vehicles. First, US shippers are caught in what some consider a “full capacity market,” with little or no wiggle room for unplanned loads. In some sectors and lanes, especially in drayage, trucks are being booked weeks in advance.

Second, the electronic logging device (ELD) mandate, which is leading to more-rigorous monitoring of truck driver hours of service, already has led to longer transit times and, as a result, fewer turns per week for some drivers. That means carriers need additional trucks and drivers just to meet current demand, let alone handle any expansion in volumes.

With a fresh wave of imports, healthier domestic production, the spring retail and produce season, and stricter enforcement of the ELD mandate all hitting North America in the next few months, any new trucks that arrive on the scene quickly will be filled with freight. And many trucks will be placed in higher-priced, more profitable services, such as dedicated trucking.

Still, it is hard to be pessimistic as a carrier. “Even though they’ve got empty trucks, they’re still buying capacity,” Lana Batts, co-president of Driver iQ, a driver screening and monitoring service, said of truckload carriers. “If you don’t have the truck, you don’t have the ability to participate in the upswing. They expect they’ll find the drivers.”