US shippers focus on ‘blocking, tackling’ in tough market

US shippers focus on ‘blocking, tackling’ in tough market 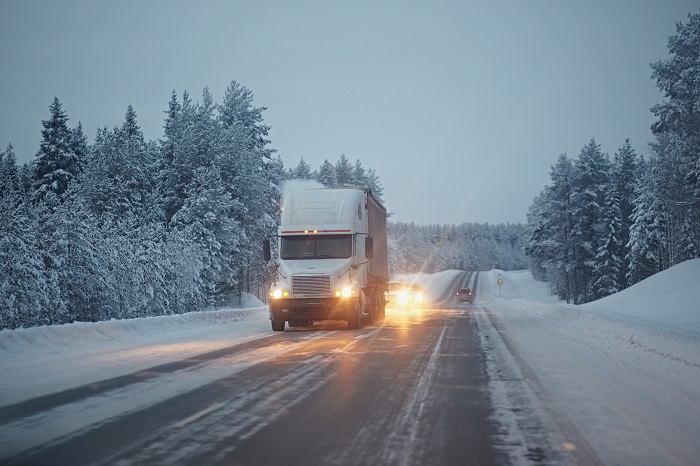 A truck travels on a US road. Photo credit: Shutterstock.com.

CHARLESTON, South Carolina — US truck capacity, or the lack of it, was a major problem for the more than 200 attendees at the Transportation & Logistics Council (T&LC) annual meeting here this week, but not the only problem. The T&LC conference tackled broad issues from the current crisis in transportation capacity and the pressure e-commerce exerts on supply chains, to nitty-gritty, detail-oriented issues concerning contracting, legal decisions, and freight claims.

Here are several short stories and insights from discussions with attendees and T&LC panels:

With strong demand for goods squeezing US transportation capacity and propelling freight rates higher, CEOs at manufacturers and retailers are listening more closely to their logistics executives and asking for solutions. But shippers need to be proactive, said Jeffrey L. Meyer, group manager of transportation at Nestlé Purina PetCare. “We prepared an internal white paper for the executive leadership at the corporate level, the CEO and CFO, on the state of transportation right now,” he said. Factory managers are now being recruited from supply chain as well as production, “and that’s a culture change,” he said. “If you listened to earnings calls from retailers in the last quarter, many of them mentioned transportation,” said Askia Shaheer, manager of transportation financial planning at retailer Big Lots. “We take transportation very seriously.”

The rapid growth of e-commerce is one reason transportation capacity in the United States is so tight, not just because e-commerce goods are filling more available cargo space, but because of the time restrictions placed on e-commerce deliveries, speakers at the T&LC annual meeting said. Whether same-day or two-delivery to customers (or must-deliver-by dates set by retailers), restrictions that shorten end-to-end fulfillment cycles and speed replenishment require more trucks, containers, trailers, and drivers just when demand is pushing the limits of capacity. And carriers are delivering more resources toward e-commerce shippers. “Revenue stream from online retailers is very important, and a lot of carriers are becoming dependent on that money,” said Robert C. Lieb, professor of supply chain management at Northeastern University.

E-commerce is not just adding to global trade, it is reshaping it. Marianne Rowden of the American Association of Exporters and Importers predicts the advent of “decontainerization.” “We’re breaking freight out of the container,” she said at the start of the T&LC conference. Shipping lines need not worry — the TEU is not likely to be tossed overboard. But greater sale of goods online across borders is changing how goods are shipped, Rowden said. It is also spurring development of new customs standards. “E-commerce is not an end to globalization, but a shift in globalization,” she said.

The use of the small package network by the Austin serial bomber throws a spotlight on how difficult it can be to defend transportation networks and supply chains. One bomb linked to the alleged Austin bomber exploded on an automated conveyor belt at a FedEx facility in Schertz, Texas. “If we think terrorists are not going to attack our supply chain, our food chain, our water supply, our eyes are not open,” said Daniel Hill, director of SRV, cargo claims, and prevention at ABF Freight. The September 11, 2001 terrorist attacks changed the global supply chain. Expect the complexion of US freight logistics networks to change more dramatically in coming years as threats multiply, Hill said. “We have no defense for drones here, the very thing we use internationally as an offensive weapon.”

US shippers are desperate enough for truck capacity to hit the street and spy on the neighbors. One shipper at the T&LC meeting said he has sent employees to a nearby Wal-Mart distribution center to collect Department of Transportation numbers and the names of carriers delivering there. “We’re looking for anyone coming into our area that we know that we might be able to contact and offer a backhaul,” said the shipper, who asked to remain anonymous. That is an old trick, but it sometimes delivers trucks.

For shippers, knowing where shipments are invariably is considered a good thing. There are legal issues, however, they might want to keep in mind when requiring carriers to provide shipment location data, whether by GPS or other means. “You want to be mindful of the fact that tracking or monitoring any behavior of the carrier and of a driver puts you at risk of being considered to have too much control over the carrier and being a co-employer of the driver,” Stephanie Penninger, an attorney with Benesch, Friedlander, Coplan & Aronoff, told T&LC members. That opens shippers and brokers to liability in accident lawsuits and other litigation involving carriers. “You want to be clear in any contract language that you’re monitoring the shipment, not the driver,” she said.

Blockchain has potential to protect against cargo theft

Blockchain could have some very real material benefits when it comes to preventing cargo theft, said Hill. “Think about counterfeiting, imposters, the Dark Web,” Hill said. “There are professional teams of cargo thieves out there.” Blockchain, he said, is one way to identify partners in a supply chain and tying down shared processes that can be used to verify identities. Several years ago, a driver in a “white wrapper truck” showed up at an ABF customer’s dock and took $500,000 worth of athletic goods. When the ABF driver showed up 15 minutes later, he was told, “We’ve already loaded that,” Hill said. “Those kind of stories are driving blockchain affiliations because we’ve got to protect the freight.”

With cyber crime on the rise, it is important to remember some thieves still hack into cargo the old-fashioned way: with drills and hammers. Security experts at the T&LC meeting stressed how easy it is for a thief to open a trailer or ocean container without breaking seals meant to ensure security. “They simply drill through rivets on the handle, remove that handle and open the trailer without breaking the seal, and then reinstall the handle with a new rivet and paint hides the evidence,” said John C. Tabor, senior vice president, supply chain, for National Retail Systems. “‘Leakage’ is one of the most common forms of theft,” said Sandor Lengyel, director of securities at NFI Industries and a former New Jersey state police officer. “The seal is intact but the freight is gone.”

For truck capacity, simple solutions may be the best

The transportation — especially trucking — capacity problem may be complicated, but simple solutions may still be best, said Julie Thuston, assistant vice president of operations and account manager for logistics company Unyson. “We don’t need to talk about fancy technology, we need to get back to the basics,” Thuston said during a panel on supply chain collaboration. The best way to address the problem is through direct, face-to-face communication, she said. “We’ve had longer meetings with our carriers so we could get a real feel of what works for them and what doesn’t,” said Thuston. The four big requests Unyson received from truckers: 1) help them improve driver utilization, 2) book less multistop freight, 3) offer more dedicated lanes, and 4) be a shipper of choice.

Capacity may come and go, but cargo claims are eternal. That is why the freight claims panel is one of the most popular events at the T&LC meeting. Contrary to popular opinion, “The last thing a carrier wants to do is deny a claim,” said David Nordt, director of claims for The Gilbert Company, a retail distribution operator. “At that point, you’re making a business decision that could drive away a customer.” But, “if you think carriers are against the denial of claims, imagine how shippers feel” said attorney Paul J. Kozacky. Both agreed that careful documentation of each stage of the shipping process is the best way to avoid claims disputes altogether. “What good is it going to do if the shippers ruin all the carriers or carriers ruin all the shippers?” said Kozacky, partner at the Chicago law firm Kozacky Weitzel McGrath. “Partnership really is the way to go.”