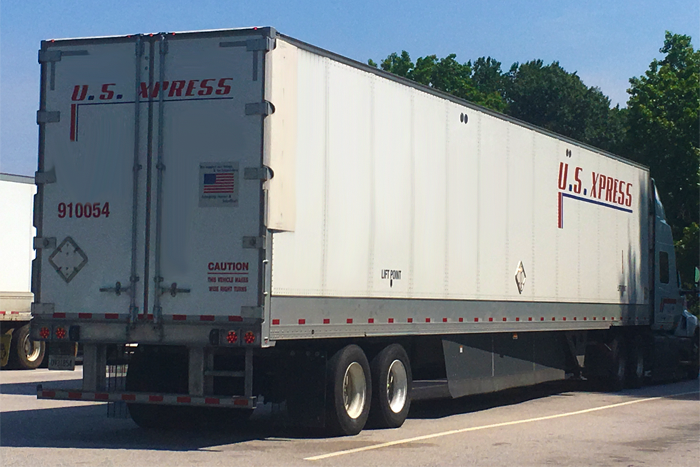 U.S. Xpress Enterprises reported declines in revenue and profits in truckload and brokerage in the fourth quarter of 2019. Photo credit: Ari Ashe/JOC.com.

Despite an uptick in rates in December, that capacity exiting the market has failed to move rates up and some trucking executives are concerned the recent weakness could give shippers additional leverage in what is already shaping up to be a tough contract bid season.

Others in trucking have been more patient, understanding that January usually brings a drop in rates and that it will take several quarters for supply and demand to re-balance enough to raise rates.

“I feel a little bit better from a supply and demand perspective over the last four to six weeks than any time in the last year,” Eric Fuller, CEO of U.S. Xpress Enterprises, on a Feb. 6 earnings call. “With that said, I am not seeing any life in the rates at this point. Rates are not reacting to demand at this point. Spot rates are still highly depressed. Rates need to move in accordance with the volumes before I can say this market is significantly turning a corner.”

The demand picture is murky. Year over year, the American Trucking Associations’ (ATA) Tonnage Index rose 3.3 percent in 2019, but the index was subject to wild monthly swings. The Cass Freight Shipments Index, which also includes other modes of transportation, fell 4 percent for the year.

“Last year was not a terrible year for for-hire truck tonnage, and despite the increase at the end of the year, 2019 was very uneven for the industry,” ATA chief economist Bob Costello said in his monthly analysis. “The overall annual gain masks the very choppy freight environment throughout the year, which made the market feel worse for many fleets.”

Dave Menzel, chief operating officer of Echo Global Logistics, agreed that “[in the] last three quarters, rates haven’t moved a whole lot, either on the bill rate side or the cost side.”

Nevertheless, Fuller said that a significant gap remains between spot and contract rates today. Shippers can often use a broker to secure spot market capacity and pay less than with a contract carrier, even after paying a brokerage fee to an intermediary.

Werner Enterprises had a more grim forecast, projecting spot rates to fall 15 percent year over year in the first quarter and 5 percent in the second quarter.

That places shippers in a strong position during bid season for annual contracts. While bids can be done any time of year, Werner and other large truckload carriers sign most contracts in the first and second quarters.

Contract rates flat to down in the short term

Fuller said shippers are keenly aware of the 2020 outlook and many have moved up their bids to now because of the recovery anticipated in the second half.

“The current market is unique because it’s a lot more muddy than what we would typically see one month into a quarter,” he said. 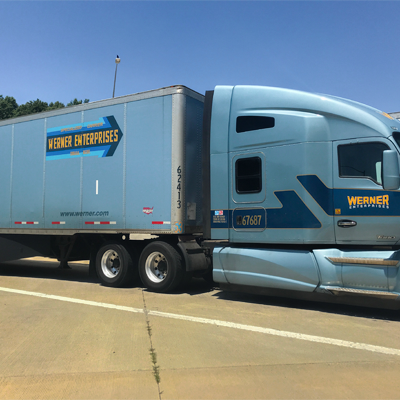 Derek Leathers, CEO of Werner Enterprises, said negotiations are very difficult and his company has walked away from business when the rates don’t make sense.

“We’ve seen renewals from flat to down a few percentage points. We’re going to continue to work hard to be in that range, but there will be exceptions to that,” he said on a Feb. 5 earnings call. “For right now, we have choppy times ahead of us and we’re going to keep our head down and focus on what we can control.”

He issued a stern warning, however, that carriers must hold the line on rates because costs are going up, including rising insurance premiums.

“We’re going to have very open, frank, professional discussions with our customers on that. Hopefully, they will look at a longer-term horizon than just a quarter because to save money or be overly aggressive in a contract knowing that the market is turning in 30, 60, or 90 days would be shortsighted, to me,” Leathers said.

The disruption of digital brokers, however, could shift the pendulum on contract rates. If companies such as Uber Freight, Convoy, Loadsmart, and Transfix, among others, provide low rates to shippers with a small margin, it creates a challenge for the traditional brokers charging what is historically a 12 to 18 percent markup. It also causes a challenge for asset-based carriers because some may not flee for the safety of a contract if there are low-cost digital brokers.

According to some brokers, however, some of those lower-cost brokers might actually be charging rates that are below margin.

“It is telling that some so-called digital brokers can't seem to find a path to profitability and would even appear to have negative gross margins,” Doug Waggoner, CEO of Echo Global Logistics, said Feb. 5.

“What we’re going to focus on is building our tech and building products that we think can compete head-to-head with any of them regardless of where they might want to price the business ... but it’s going to come down to us being pretty defensive about where we are willing to go on rates,” Leathers added.

Felipe Capella, chief product officer and co-founder of Loadsmart, conceded there are some digital brokers who are charging shippers less than what they pay drivers.

“[This] is, of course, not sustainable. We have heard that some of them are rapidly pushing to become more profitable and, predictably, undermining customer relationships in the process. Once you set the expectation of offering below-market pricing it's hard to pivot away from that,” he said.

But legacy brokers will also have to adapt to the changing market.

Capella said the companies that survive will be more pragmatic, operating with lower margins but never subsidizing shippers simply to gain share.

Until the below-market players fold, however, a highly transactional shipper might not return to the safety of contract business as quickly as in the past.

Editor’s note: Loadsmart provides rate quotes to JOC.com on top US freight lanes on a biweekly basis as part of our coverage of the truckload industry.