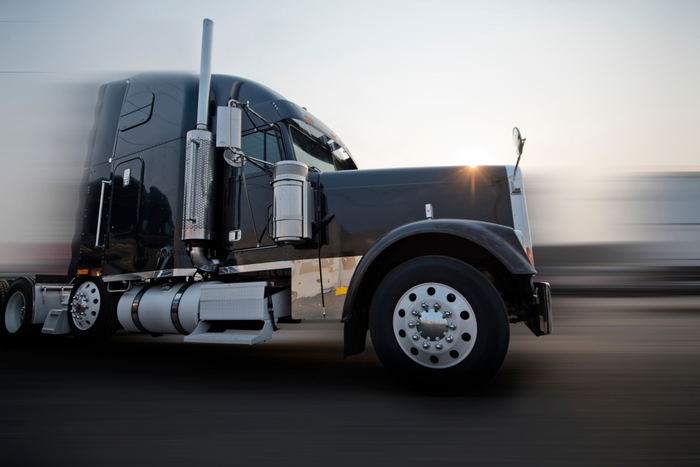 Predictions of a “catastrophic” wave of US trucking bankruptcies and business failures have yet to come true, and they may not, despite the severity of the COVID-19 recession, Donald Broughton, principal and manager of Broughton Capital, told JOC Uncharted Wednesday. “It’s bad, but it’s not as catastrophic as most have been predicting,” Broughton said.

“The number of companies that ceased operations and the number of trucks pulled from the road in the first quarter and the month of April this year have continued to increase steadily, both year over year and sequentially,” Broughton said. “However, the reduction of trucking capacity from failures has not yet been as significant as the collapse in demand.”

That’s good news for shippers concerned about potential spikes in truck pricing this fall. Shippers moving essential goods have seen demand stabilize, but they’re still shipping more than in previous years, while other shippers are just beginning to restore supply chains that were interrupted by business shutdowns and consumer lockdowns in March and April.

Fewer trucking failures than expected — and the fact that much of the capacity belonging to bankrupt operators will remain in service — means more capacity could be available as demand rises this fall, with less pressure on truck pricing. Broughton didn’t say when he expects demand to meet capacity, but other economists and trucking observers believe that intersection may not be reached until next year.

Coyote Logistics, for example, is forecasting demand will exceed capacity, pushing up rates, in the first quarter of 2021.

The implication of Broughton's analysis is that available US trucking capacity may not tighten as quickly as many trucking executives might like during what looks to be a long recovery from a short, sharp recession. IHS Markit chief economist Nariman Behravesh this week said the COVID-19 recession may be one of the shortest and deepest on record, lasting perhaps three to four months.

The recovery from the recession is unlikely to be short, however. It will resemble a “square root sign” rather than a “V,” Behravesh said, with a sharp drop in economic activity, followed by a sharp increase, and then a flat line.

“We are not going to regain the levels of economic output we had in 2019 until 2022 at the earliest,” he said. “The damage has been horrific.”

Although the damage has been horrific for many truckers, too, it hasn’t been as bad as it was in 2008, when 3,065 trucking companies failed, according to estimates Broughton released at the time. That’s because trucking companies in general entered the COVID-19 recession in April with more money than they had when the 2008 global financial crisis triggered recession.

However, the relatively low price of diesel fuel — also suffering from the demand-crushing effects of the COVID-19 crisis — is helping to keep some of that money in truckers’ pockets, he said.

“The slowdown of operations we’ve seen and the decline of diesel prices have actually conserved cash for many companies,” Broughton said, and that’s helping many thousands of smaller carriers and independent truckers hold on longer than they would have if the price of diesel fuel had been as high as it was in mid-2008: $4.76 per gallon, on average.

On June 1, the US Energy Information Administration’s average weekly diesel price, the basis for fuel surcharges levied by US trucking companies and railroads, was $2.386 per gallon, 24 percent lower than a year ago and 22 percent lower than the $3.05 per gallon average in January. The US average diesel price has hovered at about $2.39 per gallon since May 4, indicating the long price slide has stopped.

Record-high diesel prices in 2008 meant many companies were cash-strapped when the recession started that year. A drop in fuel prices in late 2008 through the depths of the recession in 2009 saved some trucking companies that had been “on the brink” before the financial crisis from going out of business, Broughton told JOC.com in 2009. The situation is similar today.

A change in perspective

Broughton, former author of the Cass Freight Index, has changed his views on the trucking outlook over the past month. “A month ago — I will admit — I said that without a substantial exodus of capacity or material increase in demand, spot market prices will continue to plummet and contract [rates] will be under an increasing amount of pressure. That’s no longer our outlook.”

Instead, “enough capacity has exited, though not a catastrophic amount, and enough demand has returned that we're getting stabilization in spot market rates and we think we’ll see improvement from here,” Broughton said. Spot market rates tracked by JOC.com, DAT Solutions, and others have climbed from April lows.