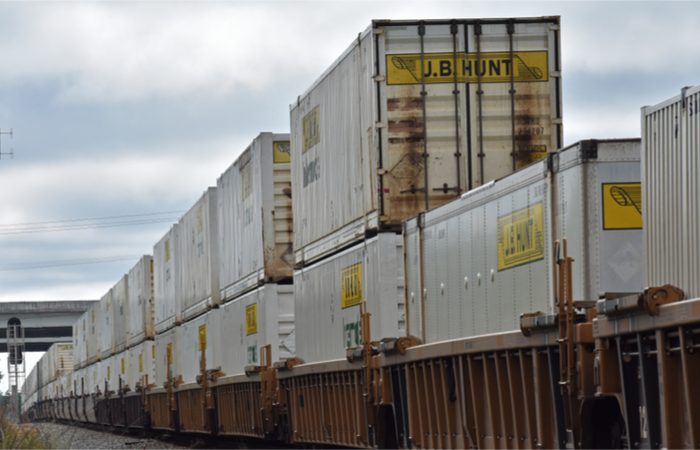 According to the FMC, the license granted in March runs through Sept. 2022, as first reported by ocean recovery expert Steve Ferreira, founder of Ocean Audit, on LinkedIn. While it’s not necessarily common for a trucking company to be an NVOCC, it’s also not unusual, as it allows them to cut out the middleman on their own freight to avoid paying additional forwarder margins, thereby reducing overall transportation costs.

Trucking companies such as Werner Enterprises, Landstar System, Estes Express Line, and Old Dominion Freight Line, among other primarily domestic transportation providers, also have ocean transportation intermediary authority for their business in Puerto Rico, the Caribbean, and other overseas markets. NVO and ocean freight forwarding (OFF) authority also provide flexibility to offer international service should a customer ask for it. UPS and FedEx, both heavily integrated overseas, also have such licenses, as does XPO Logistics.

In the case of J.B. Hunt, however, the decision appears to have less to do with dabbling in trans-Pacific trade and more to do with J.B. Hunt’s own equipment. The carrier orders 53-foot intermodal containers and chassis from China International Marine Containers (CIMC). A source told JOC.com that becoming an NVO allows J.B. Hunt to book its own ocean transportation rather than depend on CIMC’s logistics arm in China.

This provides the option to do an ex-factory order, also known as ex-works, which means J.B. Hunt would take possession of the shipment in China, rather than in the US, and negotiate rates with ocean carriers directly. If it can secure a low enough rate, J.B. Hunt becomes both the exporter and the importer and could end up saving money.

J.B. Hunt has been pushing the boundaries of its trucking and intermodal business, however, opening its first enterprise sales office in Mexico and adding an asset-based drop-and-hook trailer service, 360Box, to its non-asset digital platform. Adding NVOCC authority to its toolkit makes sense in an era in which it is increasingly important for service providers to anticipate customer demand.

Global Shipping Outlook: A Sneak Peek at 2021
Port Performance North America: Managing Cargo Flow During a Pandemic — and Beyond
END_OF_DOCUMENT_TOKEN_TO_BE_REPLACED