Canada’s TFI to acquire US 3PL DLS for $225 million

Canada’s TFI to acquire US 3PL DLS for $225 million 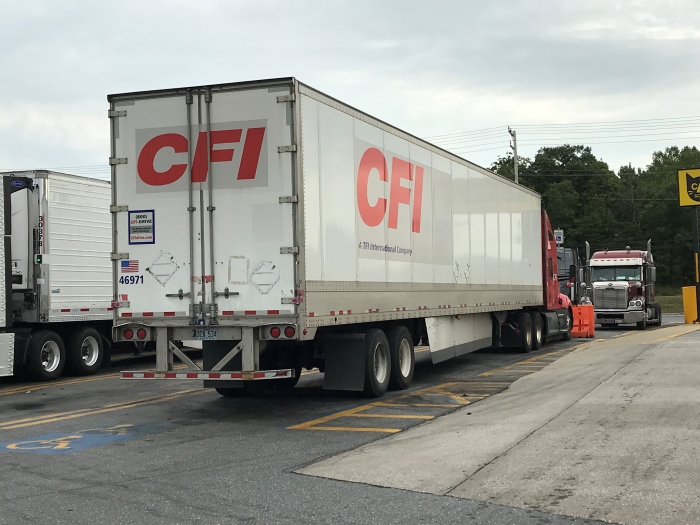 TFI is adding DLS Worldwide, a broker, to its portfolio of US companies, which includes CFI. Photo credit: Ari Ashe.

“The asset-light model of the DLS business will expand our reach through a significant agent station network and represent a compelling opportunity as our first major US logistics operation focused primarily on LTL,” Alain Bédard, chairman, president, and CEO of TFI, said in a statement. Chicago-based DLS, founded in 2006, has about 140 agent stations in the US.

The acquisition also will help TFI hone its truck freight business in a time of rising e-commerce demand and expectations. TFI is experiencing a wave of business-to-consumer (B2C) business, and Bédard said in a recent earnings call he expects higher B2C business levels to outlast the COVID-19 pandemic. E-commerce will be part of TFI’s future, he said.

DLS had $550 million in revenue last year, serving shippers in manufacturing, retail and wholesale, technology, and mail sectors, TFI said. The company will operate as a standalone firm among TFI’s more than 80 freight and parcel transportation subsidiaries, renamed TForce Worldwide, TFI said. President Thomas Griffin will stay with the company.

In TFI’s second-quarter earnings call, Bédard told analysts logistics mergers in the US would be “absolutely” a focus for the company. The company’s Canadian and US operations are becoming “more like a North American operation,” he said.

TFI has been expanding in the US for years, along with other Canadian transportation holding companies. The attraction is straightforward: access to the freight, the money, and the scale TFI can build in the US market. TFI, formerly Transforce, acquired same-day carrier Dynamex, now TForce Logistics, in 2011, and then US truckload carrier Transforce America in 2014.

In 2017, TFI acquired US truckload carrier CFI, formerly Con-way Truckload. Earlier this year, TFI augmented that truckload business by acquiring MCT and CT Transportation in the US, two specialized carriers formerly owned by Comcar. TFI completed a $230 million public offering in the US in February, saying the proceeds would mainly be used to pay down debt.

These acquisitions helped TFI add $3.3 billion to its total revenue in a 10-year period.

TFI is likely to continue buying trucking and logistics operations where they complement its existing businesses and its desire to expand and improve the profitability of its US and Canadian operations. Bédard also said future acquisitions, especially in the logistics sector, will help TFI respond to the rapid growth of e-commerce and improve profitability.

Global Shipping Outlook: A Sneak Peek at 2021
Port Performance North America: Managing Cargo Flow During a Pandemic — and Beyond
END_OF_DOCUMENT_TOKEN_TO_BE_REPLACED