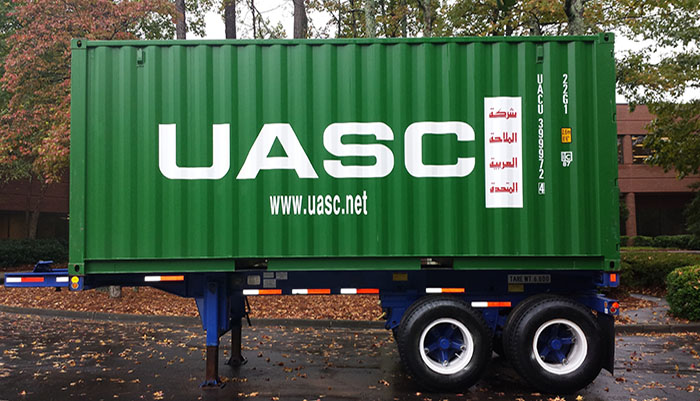 About 31,000 of the total 195,000 marine chassis in the United States are still owned by shipping lines, which severely complicates the efforts of US ports and other stakeholders to prevent chassis shortages and dislocations.

Southern California’s landmark “pool of pools” in which three equipment providers share more than 72,000 inter-operable chassis could be improved if it evolved into a cooperative pool arrangement, the president of TRAC Intermodal said Tuesday.

Keith Lovetro, president and CEO, told the Los Angeles Transportation Club that TRAC believes a cooperative pool with one manager, one set of rules, consistent chassis-hosting agreements, and maintenance and repair provisions would be preferable to the current pool of pools which has three pools, three equipment providers, “three of everything.”

Lovetro’s views are not necessarily shared by the other two intermodal equipment providers — Direct ChassisLink and Flexi-Van Leasing — but he did say that the neutral chassis arrangement that was formed by the three IEPs in March 2015 is having a positive impact on the largest US port complex. “The pool of pools created interoperability, but there are still challenges,” he said.

Container lines, which until 2009 owned more than 85 percent of the chassis in operation at US ports, began to exit the chassis business that year. This development caused operational issues at ports and inland rail ramps, and was a major headache for truckers who in many instances had to drop off a carrier-owned container at one location and the chassis, which was now owned by an IEP, at another location.

As a neutral or gray-chassis entity, the pool of pools quickly produced a major benefit to the port community, especially truckers. The chassis owned by all three IEPs became interoperable, which means they could be delivered as a unit with the container to a single marine terminal or other location, thus eliminating the split-move headache for truckers.

Nevertheless, the pool of pools in Southern California still has problems, Lovetro said, some of which are due to the general state of the maritime industry in the United States, while some of the problems are peculiar to the pool arrangement.

To improve the overall chassis situation at US ports, Lovetro suggested that ocean carriers make good on their original intention and completely exit the business of providing chassis to some beneficial cargo owners. “The lines must exit chassis provisioning,” he said, noting that their resistance to doing so adds operational complexities to the intermodal moves and detracts from the goal of complete interoperability of chassis.

Lovetro estimated that about 31,000 of the total 195,000 marine chassis in the United States are still owned by shipping lines, either because a particular ocean carrier considers chassis ownership to be a competitive advantage in serving customers, or because some BCOs pressure the carriers into providing chassis with containers on so-called store-door moves directly to their warehouses.

Specifically in Los Angeles-Long Beach, Lovetro said evolving from the pool of pools arrangement to a cooperative pool would result in a more consistent and predictable supply of chassis, with a single source of information throughout the sprawling port complex of 13 container terminals because there would be only one pool manager and one set of operating rules.

Bill Shea, CEO of DCLI, said that is not what the IEPs agreed to when they formed the pool of pools in 2015, but he said DCLI looks forward to meeting with TRAC and Flexi-Van early next year. Shea, contacted after the meeting, said the three IEPs have agreed to meet after the first of the year to discuss providing a more efficient pooling arrangement in Southern California.

The three IEPs came under some pressure from marine terminal operators and truckers this past summer when a serious issue of chassis shortages and dislocations emerged in the port complex. Lovetro said he would not describe the issue as a chassis shortage because the chassis utilization rate in July was slightly higher than 70 percent, which means there should have been a relatively healthy supply of available chassis.

However, out-of-service chassis were higher than they probably should have been because cargo volumes were soft and the “pool manager let the M&R build up.” He said it was a timing issue more than anything.

However, the chassis situation in Los Angeles-Long Beach remains tenuous because the Hanjin bankruptcy on Aug. 31 compounded the problem. Lovetro said almost 9,000 chassis are idled in Southern California sitting under distressed Hanjin Shipping containers that can’t be returned to marine terminals because of legal and financial complications.

The IEPs also are contending with issues in New York-New Jersey, the second-busiest US port complex, which has tried, unsuccessfully, for the past two years to develop its own neutral chassis pool. The IEPs, working with the port authority and industry stakeholders, are attempting to form a different type of arrangement known as a market pool, which would be similar to the cooperative pool that TRAC favors. TRAC is the largest provider of chassis in New York-New Jersey.

A major hurdle in New York-New Jersey is the inability of the equipment providers to reach an agreement with the International Longshoremen’s Association, which has concerns over M&R jurisdiction. Lovetro said TRAC individually has restarted negotiations with the ILA, and he feels confident that an agreement can be reached relatively soon. If that happens, and the other IEPs join in, the market pool would have a single pool manager and a single set of rules, Lovetro said.