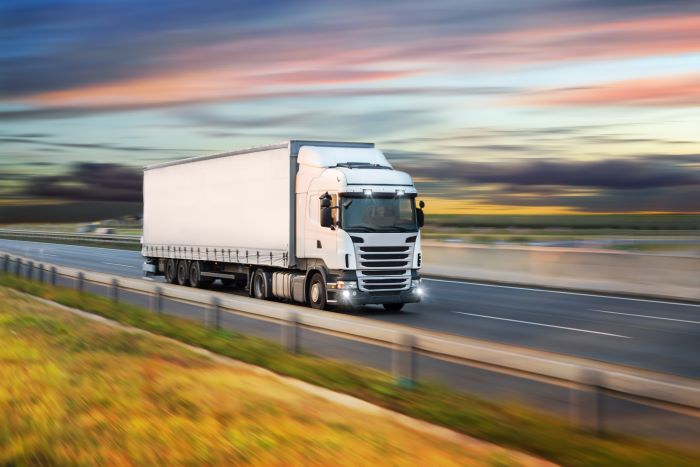 High inventories and uncertainty caused by the US-China trade war and Brexit are all lowering expectations for the trucking market in what’s already been a year of lower expectations. Photo credit: Shutterstock.com.

The fourth-quarter peak season for trucking won’t be bad, but it won’t be a record breaker either. “We don’t expect 2019’s peak will be particularly strong,” Lee Klaskow, Bloomberg Intelligence’s senior freight transportation and logistics analyst, said during a JOC.com webcast on trucking’s peak season Thursday. “lt won’t overwhelm or underwhelm, it might just whelm.”

Bloomberg Intelligence sees “relative demand” slowly improving, with year-over-year comparisons becoming easier as 2020 draws closer. Demand is “better than a year ago, when things got really bad for trucking,” Klaskow said. At the same time, demand hasn’t climbed back to its height in the fall of 2017, when economic growth and hurricanes ignited the trucking market.

High inventories and uncertainty caused by the United States-China trade war and Brexit are all lowering expectations in what’s already been a year of lower expectations. Bloomberg Intelligence expects the growth rate of US real gross domestic product to drop from 2.9 percent in 2018 to 2.3 percent in 2019, and then 1.7 and 1.8 percent in 2020 and 2021, Klaskow said.

“Economists forecast continued expansion in 2021, but growth is moderating,” he said. “We see significant downside risks in global trade and to the domestic US economy in 2020.”

“The truckload market is dealing with lower demand with capacity moving into the market,” Klaskow said, adding the capacity imbalance “appears to be righting itself, from our vantage point.” Bloomberg Intelligence expects the impact of higher operating costs and a shrinking pool of qualified truck drivers will reduce truckload capacity available to shippers in the long term.

“The driver challenge remains the biggest challenge” for the trucking industry, said Klaskow. With a drug-test data clearinghouse and, potentially, hair-follicle drug testing on the way, “We think the qualified pool of drivers is going to shrink,” he said. “The problem of attracting and keeping drivers isn’t going to go away, and we don’t see autonomous trucks solving the problem.”

A softer trucking market isn’t necessarily an easy market for shippers, said Lane Forsander, logistics director for Cece’s Veggie Co. in Austin, Texas. Cece’s products have a short shelf life, which means the food shipper needs rapid, reliable transportation, Forsander said during the webcast. There may be excess capacity out there, “but we need qualified, quality capacity,” she said.

“That means companies that are extremely competent in the services they provide, that are proactive communicators, and offer transparent visibility from pickup through delivery,” she said. The shipper-of-choice concept is far from dead this year, as different as 2019 has been from 2018. “All of this requires a lot of collaboration. None of it happens without each other.”