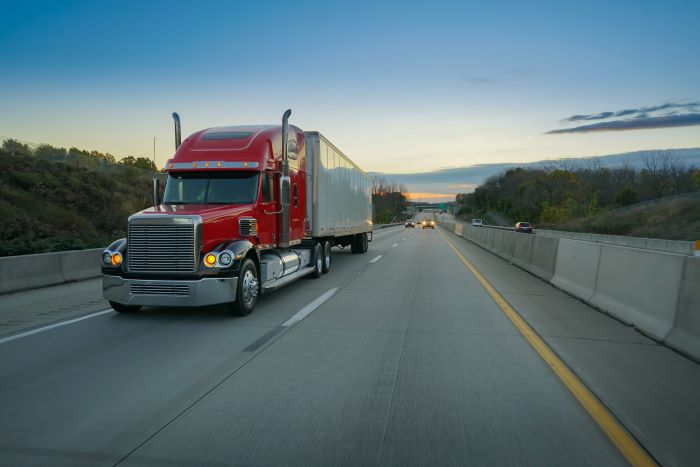 Truck driver pay rose by almost 10 percent on average in 2018 versus the prior year, according to the National Transportation Institute. Photo credit: Shutterstock.com.

One of the widely accepted truths in today’s transportation picture is that there is a chronic shortage of long-haul truck drivers. But the accepted truth is wrong. There is no driver shortage.

But how can this be given last year’s capacity crisis, which was, in fact, entirely due to a shortage of drivers?

There’s no question there was a real shortage of drivers in early 2018, driven by the electronic logging device (ELD) mandate and consequent reductions in driver productivity (miles per driver per day). In December 2017, when the mandate took effect, we suddenly needed more drivers to perform the same level of work, and there weren’t enough to go around.

But here’s the thing: markets work. The trucking industry responded to the shortage by successfully recruiting, training, and putting into service more than enough drivers to meet the challenge, leading directly to the softer markets and surplus capacity that are currently in evidence. According to the Bureau of Labor Statistics, employment in the long-haul truckload trucking business — which had remained in a narrow range between 491,000 and 511,000 individuals from 2013 through 2017 — rose to over 520,000 toward the end of 2018. Trucking added the needed drivers at a time of record-low unemployment and, presumably, the most competitive conditions possible in terms of available career alternatives to life in the driver’s seat. That achievement simply doesn’t square with a hypothetical chronic shortage.

Boost in driver pay a key

Obviously, a key part of the industry’s success was substantial increases in driver pay, which rose by almost 10 percent on average in 2018 versus the prior year, according to the National Transportation Institute. There may not have been a true driver shortage, but prior to last year, there certainly was a shortage of individuals willing to drive at the compensation levels the industry was willing to pay at the time.

To put it succinctly, there is a perpetual firehose of truck freight that needs to be moved — over a million truckloads a day for just dry van and reefer, according to trucking expert Noël Perry. The trucking industry will always eventually find a way to get the freight moved, but perhaps just not in the time frame and/or at the price level to which the beneficial cargo owner (BCO) has become accustomed.

A full understanding requires that we distinguish between the ability of the trucking industry to attract new prospective drivers and its capacity to process the recruits in a timely fashion. The industry can only recruit, drug test, qualify, train, and eventually hire a limited number of individuals per month. When there are sudden increases in the number of drivers required, whether due to rapid economic growth or regulatory actions, the industry may lag behind the need for a period of time, and a spot shortage can develop. That’s what happened in 2018. But things eventually get sorted out, and the experience in late 2018 and thus far in 2019 tells us that it doesn’t take that long.

If you buy this thesis, there are several implications. The first is that markets work both ways. Just as the trucking industry responded to tight conditions and rising prices by adding capacity, so too will it respond to the currently soft conditions by shedding capacity. Prices are down, particularly in the spot market. Although the year-on-year decline has moderated in recent weeks, most recently dry-van spot rates were still down about 12 percent, according to Truckstop.com.

Because the cost of operating a truck has not declined, the effective wage of an owner-operator pulling a spot load has dropped. This may eventually lead drivers to leave the business, but it also may simply mean that the number of individuals coming into the business will fall below the natural attrition rate of the driver population. Either way, fleet capacity will decline if this situation persists. Thus, the seeds of a future spot shortage are perhaps being planted at this very moment.

How big is the risk? Near term, the chances of a substantial uptick in volume appear to be remote. In fact, the risks seem to lie primarily on the downside. From a regulatory standpoint, the near-term risk is mixed, with both driver training and drug and alcohol database requirements poised to make finding new drivers more difficult, offset by proposed Hours of Service changes that should have modest positive impacts on driver productivity. But should there be a change in the White House in January 2021, further regulatory actions might be much more likely. Some, such as speed limiters, could have a big productivity/capacity impact. But it would take several years for such a change to work its way through the regulatory system.

From an intermodal standpoint, any strategy that relies on an ongoing shortage of drivers and resultant capacity shortfalls to drive BCOs to the intermodal option is doomed to fail. There likely will be periodic spot shortages in the future, just as there was in 2018. But these will be of limited duration, although they could offer substantial opportunities for modal conversion if the intermodal industry is nimble enough. But in the long run, intermodal won’t succeed by simply offering additional capacity during the occasional shortage. It will only succeed by putting forth a competitive package of price and service under normal conditions to entice the user off the highway and onto the rail.

Larry Gross can be reached at lgross@intermodalindepth.com.

Permalink Submitted by mnotarangeli@ma... on Oct 17, 2019 7:58AM EDT
Markets work, and ecosystems adjust to overcome imbalances. Building agility into your operation is a winning strategy.
Trucking Logistics
North America›United States