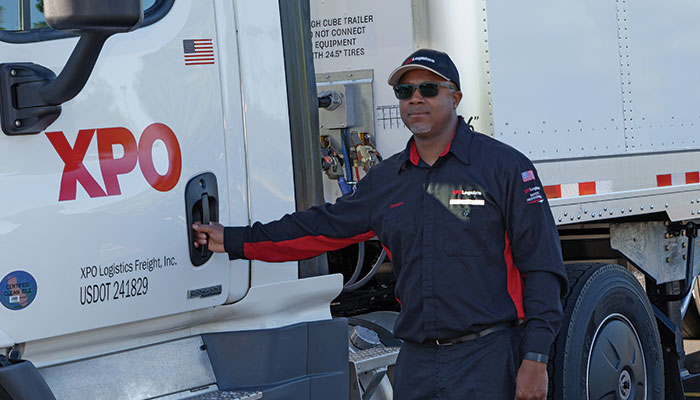 XPO Logistics plans to transform its less-than-truckload (LTL) business through a major infusion of technology spending, once it completes the sale or spin-off of other parts of its $17 billion transportation and logistics conglomerate.

“We are going to double down on the technology investments” in LTL, XPO founder and CEO Bradley S. Jacobs told the Traffic Club of New York last week. That move will start with systems that will help the third-largest LTL carrier “price freight right,” he said.

Since the 1930s, LTL rates in trucking company tariffs have been based on a classification system for commodities adopted from the railroads that classifies freight according to weight, stowability, density, and other factors. Carriers match classifications and rates in tariffs, and then offer discounted rates for individual customers. The system has its detractors and defenders.

Jacobs is not a fan. “The pricing is not correlated to the actual cost of moving the pallets,” he said in response to questions at the Traffic Club’s 114th annual dinner.

“What we’re going to do is keep developing technology that prices every single pallet” to reflect the true cost of freight movement, he said. XPO Logistics also has been developing a dynamic LTL pricing system. The goal, he said, is to “bring LTL trucking” into the 21st century.

Jacobs said he wants to use the funds from a sale or spin-off of XPO’s other business units to “revolutionize” the LTL business. “I need to get a couple of years” without distraction in which to focus on LTL, he said. After that, “we're going to revolutionize productivity, efficiency, and cost savings.”

XPO, which already spends about $500 million on technology annually, could have billions of additional dollars to spend on LTL optimization and automation if it is able to divest itself of as many as four of its transportation and logistics businesses, including its freight brokerage, intermodal, last-mile logistics, supply chain, and intermodal units.

Two big areas slated for investment are local pickup and delivery (P&D) and intercity linehaul operations. XPO will use artificial intelligence to sort through “tons of information” from customers and optimize P&D, Jacobs said. “LTL is just like 10 to 15 years behind other parts of the [transportation] industry, so we're going to revolutionize P&D,” he said.

“Right now, at most LTL companies, when they do the [pickup and delivery] routes in the morning, the planner hands a piece of paper to the dispatcher and says, ‘Okay, here's what we’ve got to pick up today.’ It's not dynamic P&D route optimization,” Jacobs said.

Having better information on incoming loads from shipper customers will help XPO better manage freight flow and staffing at its terminal docks, he said. “We’ll be able to staff up and staff down according to the amount of tonnage as opposed to always being over- or understaffed,” said Jacobs.

XPO runs about 2.5 million linehaul miles between its terminals each day, and even small improvements in efficiency and routing “save huge, huge amounts of money,” he said. “We’ll get more direct mileage from point A to point B rather than going all over God’s creation, and have fewer empty miles,” he added.

XPO has already made significant changes to the former Con-way Freight LTL operation, which it acquired in 2015. The LTL unit's operating profit has increased dramatically, setting company records in the past two quarters.

Global Shipping Outlook: A Sneak Peek at 2021
Port Performance North America: Managing Cargo Flow During a Pandemic — and Beyond
END_OF_DOCUMENT_TOKEN_TO_BE_REPLACED