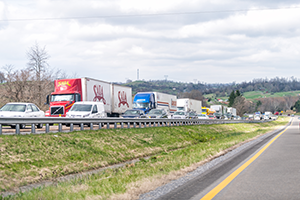 Saia is an American LTL carrier that offers regional and interregional LTL, non-asset truckload service, and third-party logistics. Founded in 1924 with headquarters in Johns Creek, Georgia.

Saia and its subsidiaries — LTL Freight, Truckload Plus, and Logistics Services — employ 8,000 individuals and provide services to all 50 states as well as Canada, Mexico, and Puerto Rico. The truckload carrier has a network of 147 terminals across North America and delivers more than 25,000 daily shipments. 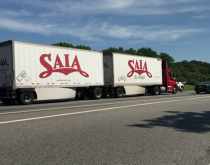 03 May 2021
US LTL pricing continues its climb, as inflationary pressures from driver wages to the cost of purchased transportation accelerate rate hikes. Both carriers and 3PLs report high LTL volumes.
MORE »

Saia freight volumes point to faster LTL growth
02 Sep 2020
Less-than-truckload shipments and tonnage at Saia in August were about where they were a year ago, when the carrier already was growing faster than its LTL competitors. That underscores broader LTL growth.

Digitization to transform US LTL trucking
04 Aug 2020
The less-than-truckload (LTL) industry is catching the wave of digitization transforming supply chains, as e-commerce heightens shipper demand for improved service and visibility.

US LTL carriers see ‘gradual’ improvement in dismal May
03 Jun 2020
Shipments were down year over year in May at less-than-truckload carriers ODFL and Saia, but not by as much as in April, a sign the US industrial economy is beginning to improve.

US business climate chills LTL truckers
04 Mar 2020
US business activity stumbled in February, according to IHS Markit, perhaps in part due to the new coronavirus disease. That put more pressure on less-than-truckload shipping volumes.

LTL truckers bank on US industrial improvement
11 Feb 2020
XPO Logistics, Old Dominion Freight Line, and Saia are among LTL trucking companies that see encouraging, albeit modest and early, signs for economic growth in 2020.

E-commerce pushes ODFL to expand LTL terminal network
18 Sep 2019
The second-largest US less-than-truckload company will add or expand eight terminals in the second half of 2019 as the LTL sector takes a long-haul view of the economy.

Fastest-growing US truckers don’t expect slow 2019
26 Feb 2019
Double-digit revenue increases may be more difficult to come by this year than in 2018, but profits and acquisitions are expected to fuel the fastest-growing truckload and LTL companies.

US LTL truckers ODFL, Saia add terminals, capacity seeking density
31 May 2018
Less-than-truckload carriers are in expansion mode as freight pours in from traditional and non-traditional sources. But will available industrial real estate limit their growth?

Saia adds LTL trucking terminals in Northeast US, Texas
21 Feb 2018
By adding terminals and building density in areas such as Texas and the Northeast, less-than-truckload trucking company Saia is positioning its assets closer to capacity-hungry customers.

US shippers jump into trucking contract talks
03 May 2017
Truckload and LTL carriers report higher number of shippers pressing for early contract talks amid concerns over capacity in second half.

LTL trucker Saia opens four terminals in US Northeast
01 May 2017
Trucking company Saia rolled into the US Northeast Monday.

Pallet by pallet, US LTL trucking demand grows
09 Feb 2017
Large less-than-truckload carriers are rolling into 2017 on a firmer foundation and look to boost pricing.

LTL trucker Saia to expand into Northeast in 2017
26 Oct 2016
Cranking up profits and gaining freight, the multiregional less-than-truckload carrier looks to fill one of the last large gaps in its coverage.

Louisiana floods delay truck, intermodal rail freight
15 Aug 2016
The crisis has challenged the transportation sector in the region, which is served from the north by Kansas City Southern Railway and from the west by BNSF Railway and Union Pacific Railroad. The over-the-road sector, though, has been hit the hardest.

Defying economic gravity, US LTL truck rates rise
02 May 2016
At a time when many transport operators say prices are being beaten down, less-than-truckload freight haulers in the U.S. are winning rate increases in annual contract bids.

Volume decline overwhelms Saia pricing gains
08 Feb 2016
Saia was unable to ride pricing discipline to increased profitability in the fourth quarter as volume declines, which have hit other less-than-truckload operators, proved too much to overcome for the tenth-largest U.S. LTL carrier.

Largest ship to call on East Coast to arrive next week: CMA CGM