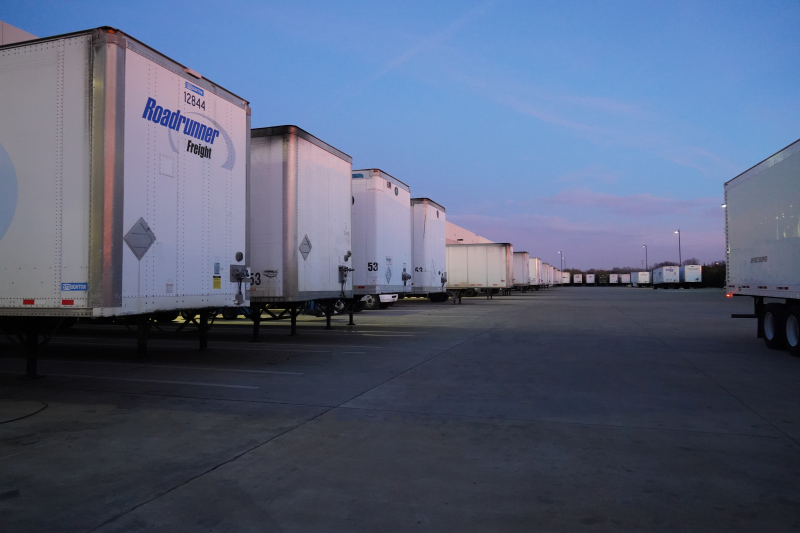 Roadrunner Freight is expanding a long-haul less-than-truckload (LTL) network tightened and accelerated through a multi-year reorganization, opening new facilities in three core markets, and pushing further into the Northeast, which the carrier has served only lightly in the past.

The Downers Grove, Illinois-based LTL carrier is benefiting from a wave of e-commerce freight, much of it arriving at Southern California ports, as well as a reorganization under Elliott Management, an activist investment firm specializing in revitalizing distressed companies.

Available freight capacity may or may not be tightening in the truckload sector, depending on where you look and who you ask, but a surprising number of LTL carriers are in expansion mode, even if the US economy may still be contracting. Roadrunner Freight is one of them.

The company last week said it would open three new facilities, including two new regional hubs, in the Los Angeles area, Chicago, and Philadelphia. The new facilities follow transit time cuts averaging a day and a half in 322 lanes, Roadrunner Freight announced in February.

When they open this summer, the three new facilities will add 169 dock doors into the Roadrunner Freight network. The 93,000-square-foot Chicago facility, in Bolingbrook, Illinois, will add 139 dock doors and also house some corporate departments, such as safety.

The Riverside, California, facility gives Roadrunner Freight three service centers in the Los Angeles area, including its regional hub in Commerce. The LTL operator said it will have 280 dock doors and 257,909 square feet of space among the three facilities.

Southern California accounts for 30 percent of its outbound volume.

The new terminal in Philadelphia, where Roadrunner had previously used a partner to provide service, strengthens its position in that market and lengthens the company’s reach into the Northeast, including the Port of New York and New Jersey and into New England.

On track for growth

That is an impressive expansion by an LTL carrier that lost $36.5 million in 2019 on what research firm SJ Consulting Group estimates was $433 million in LTL revenue. Roadrunner was the 18th-largest US LTL carrier by revenue last year, according to SJ Consulting.

“E-commerce is not just helping the parcel business, it’s helping the growth of the LTL industry,” Satish Jindel, president of SJ Consulting, said in an interview. He credited Roadrunner Freight president Frank Hurst and Elliott Management for Roadrunner’s improved performance.

Jindel said Roadrunner Freight may be on track for $1 billion in LTL revenue in three years.

The new facilities will add even more speed to Roadrunner’s network, and help the company continue to improve service metrics such as on-time delivery and reduce claims, Hurst told JOC.com. They will also create more opportunities for the carrier’s drivers.

“Our driver count has increased 32 percent this year, and we have the lowest driver turnover in years,” Hurst said. Most of Roadrunner Freight’s drivers are independent contractors, as opposed to employees, and they run longer trips than most LTL linehaul drivers.

Roadrunner’s business has improved, providing work to those drivers, despite the recession and pandemic. Like all LTL carriers, Roadrunner saw business drop in April, but “we started coming on strong in May, had a really solid June, and that’s continuing in July”, Hurst said.

“Roadrunner lost its way over time, but the company was always powered by a fantastic fleet of independent contractors and owner-operators,” he said. In reorganizing under Elliott Management, Hurst said, “We realized we had to become a more driver-focused company.”

In saying Roadrunner had “lost its way,” Hurst refers to a financial implosion at Roadrunner Transportation that began when the formerly publicly owned company’s net profits were discovered to have been overstated by $66.5 million from 2011 through 2016.

That revelation led to a sweeping reorganization that included the sale of many truckload subsidiaries purchased in the early 2010s, when a rapid series of acquisitions for a time made Roadrunner Transportation one of the fastest-growing firms in the trucking industry.

In 2019, Roadrunner completed a $450 million rights offering and recapitalization plan that left Elliott Management with 90.4 percent of its shares. This April, the company deregistered from the New York Stock Exchange, becoming a private company for the first time in 10 years.

The company has two major brands, Roadrunner Freight and Ascent Global Logistics, and truckload brokerage and refrigerated trucking units as well. Overall, however, Roadrunner is much more focused on LTL than it was before 2017.

However, consistency is just as important as velocity, Hurst said. The network expansion on the East and West coasts and in Chicago is designed to help both. “Our new Chicago facility will nearly double our existing capacity” in the central Midwest freight market, he said.

When the Philadelphia terminal opens, the carrier will have 21 terminals nationwide, compared with the hundreds operated by other large LTL carriers with a national reach. The additional facilities will create more consolidation points for direct loads, speeding up the network.

“Freight won’t have to wait in Indianapolis to be consolidated for a delivery to Seattle, it can move to the new Chicago facility and be loaded on a Seattle-bound truck there,” Hurst said. “That helps us meet transit time expectations and increase velocity in the network.”

Roadrunner Freight is planning more expansion, especially in the LA region, as it builds on its share of surging e-commerce freight. “It’s been a long journey at Roadrunner Freight,” Hurst said. “We like to say we’re back in the black and we ship it like we own it.”