Roadrunner Transportation Systems is an American transportation and logistics service provider that offers solutions in LTL, truckload and intermodal brokerage, and domestic and international air. Founded in 1984 with headquarters in Cudahy, Wisconsin, the company reported 2013 revenue of $1.36 billion, up 27 percent year-over-year. The company also recorded a $49 million, up 30.5 percent from the previous year’s net income of $37.5 million.

Roadrunner made six acquisitions in 2013, with their truckload division now being the greatest contributor to company revenue. The transportation company maintains relations with more than 9,000 third-party carriers, allowing them to service more than 35,000 customers in North America. The truckload carrier employs approximately 2,500 to 5,000 individuals and focuses primarily on small to midsize shippers.

Roadrunner was the fastest growing carrier on the top 50 list in 2013, spending nearly $100,000 million to expand its truckload, intermodal, refrigerated and logistics offerings. With acquisitions collectively contributing $31.6 million in additional fourth-quarter revenue, the truckload carrier plans to continue expansion through 2014.

US Offshore Wind: Where Is the Market Heading?
Learn how IFP Corp uses technology to improve operational efficiency and improve margins
END_OF_DOCUMENT_TOKEN_TO_BE_REPLACED 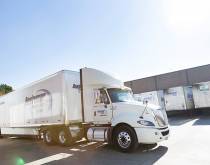 01 Oct 2019
The 15th-largest US trucking operator will make deep cuts in its dry van truckload business and focus on LTL and logistics as it attempts to get back in the black.
MORE »

Reorganized, loss-making Roadrunner gets funding
12 Mar 2019
Completion of a $450 million rights offering will keep Roadrunner’s LTL and truckload capacity on the road as the operator attempts to rebuild its business.

US shutdown delays Roadrunner's financial revision
09 Jan 2019
With the US Securities and Exchange Commission closed, Roadrunner is looking for a run-around to push its rights offering and recovery plan forward.

Roadrunner reviews financing alternatives amid reorganization
11 Jul 2018
The trucking and logistics operator — the 15th largest in the United States — may issue new stock or consider new equity or debt capital as it restructures.

Roadrunner beefs up logistics unit as shippers seek capacity
15 Mar 2018
The integration of several subsidiaries under Ascent Global Logistics is meant to strengthen domestic and international capabilities, as well as give shippers inroads to capacity.

Roadrunner says turnaround plan will restore service, profits
01 Feb 2018
Roadrunner, which restated several years’ earnings, said its turnaround plan will satisfy shippers and investors. And the company has these three factors as tailwinds: shippers stuck with them, truck demand is strong, and there is a market for freight that is a day slower but considerably cheaper.