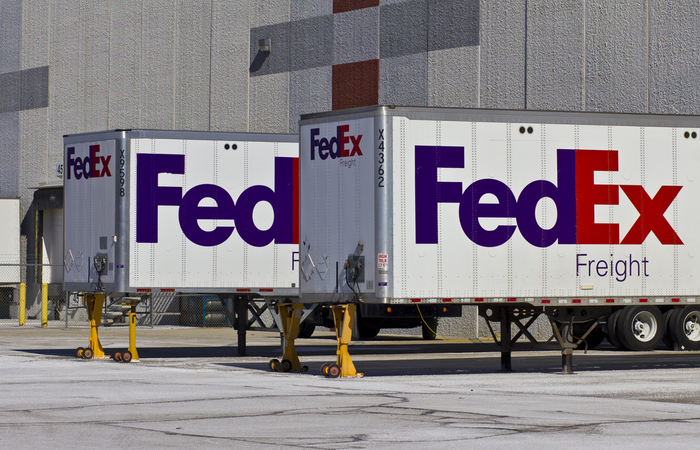 With $7.6 billion in revenue in its last fiscal year, FedEx Freight is by far the largest United States trucking company and less-than-truckload (LTL) operator, but it has competition.

“There are other carriers that do better than FedEx [Freight],” FedEx founder, chairman, and CEO Fred Smith told investment analysts during a quarterly earnings call Tuesday. “The better way to put that is there’s one LTL carrier that does better than we do, and that’s Old Dominion [Freight Line], and we’re great admirers of Old Dominion.”

Admirer or not, Smith, during the call transcribed by Seeking Alpha, stressed that FedEx Freight and ODFL, the second-largest standalone US LTL carrier, are very different companies, with different cost structures.

“Old Dominion operates a network that has I believe 200 and some-odd stations, versus our 360,” Smith said in an exchange with Brandon Oglenski, a senior equity analyst at Barclays. “They don't deliver every day to every part of the United States.” He added ODFL also hauls heavier shipments than FedEx Freight, in a much denser LTL network.

Doing things differently starts with e-commerce. After severing ties with Amazon in August, FedEx is pushing to broaden its e-commerce business across its modes and divisions, including at FedEx Freight.

Operating profit, however, rose 10.2 percent year over year to $194 million, pushing FedEx Freight’s operating ratio (OR) down to 89.8 percent. In the previous quarter, it increased operating profit 15.5 percent and lowered its OR to 90.1 percent.

ODFL’s most recent quarterly OR was 77.9 percent, while XPO Logistics drove its second-quarter OR down to 81.8 percent.

FedEx Freight’s shipments per day were down 3.8 percent year over year in the Aug. 31 quarter, and were essentially flat with the preceding quarter. Economy shipment volumes declined 5 percent while priority shipments dropped 3.3 percent.

In terms of profitability, FedEx Freight outperformed its larger sister divisions, FedEx Express and FedEx Ground, both of which saw income decline, leading FedEx to lower its earnings forecast for 2020 amid increased trade tensions and a slower global economy.

Are LTL volumes ‘settling’ rather than ‘slipping’?

Although LTL shipments dropped from year-ago levels, and from a peak in the quarter that ended last Nov. 30, FedEx Freight volumes in 2019 remain higher than three of its past four fiscal years.

That puts the 3.8 percent slip at FedEx Freight last quarter in a new context. In 2019, LTL volumes have settled after an atypical surge last year and remain at an elevated level compared with previous years.

That would partly explain why the LTL industry is more stable overall than the truckload sector and planning for greater growth in the second half of 2019 and in 2020.

Global Shipping Outlook: A Sneak Peek at 2021
Port Performance North America: Managing Cargo Flow During a Pandemic — and Beyond
END_OF_DOCUMENT_TOKEN_TO_BE_REPLACED