Analysis: Deficit rating is a ‘habit’ US LTL carriers should break

Analysis: Deficit rating is a ‘habit’ US LTL carriers should break 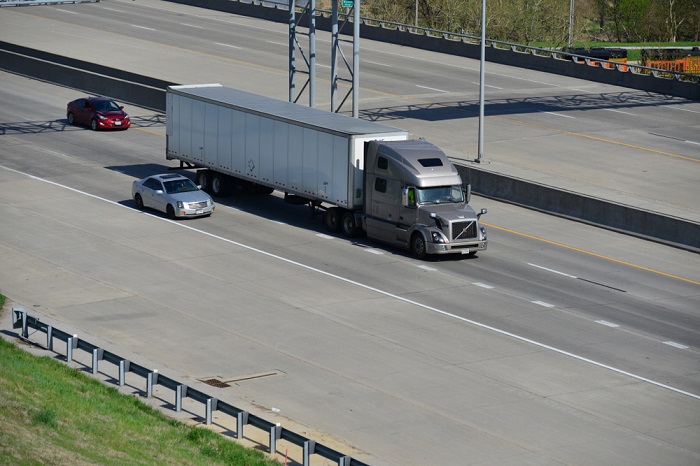 For those who think that it’s somehow counterintuitive to have a pricing model designed to create a loss or to reduce operating margins, rest assured, it is. Photo credit: Shutterstock.com.

Note: This is Part 2 of a 5-part series. Part 3 will be published later this week.

The less-than-truckload (LTL) industry has long practiced what can best be described as “deficit rating.” For those who think that it’s somehow counterintuitive to have a pricing model designed to create a loss or to reduce operating margins, rest assured, it is.

Like many other bad habits acquired over the decades, the LTL industry routinely prices its services to give away money. In this case, carriers charge the same amount per hundredweight to recognize economies of scale that result from an increase in weight.

The problem is caused by the weight bands used to recognize such economies.

Pricing in the LTL and parcel industries has been primarily determined by two factors: shipment weight and the distance between origin and destination. Since parcel carriers handle weights ranging from 1 to 150 pounds, parcel rates change with each pound. However, the LTL industry handles shipment weights with a much wider range, from 100 pounds to 10,000 pounds.

Let’s get this right: the carriers take on extra work (including reweighing the shipments) to collect lower charges by adjusting the weight to a higher number so they can apply a lower rate per hundredweight to charge less than if it was just billed at its actual weight of 4,500 pounds.

Common sense would indicate that if a shipper has a lower rate for a 5,000-pound shipment, then it should be told to put extra product in the shipment to increase the weight. That doesn’t happen, however.

The parcel carriers also have lower rates for heavier parcels but do not apply such deficit rating to billing. For some shippers, parcel contract rates on a five-pound package are higher than on a six-pound package. However, SJ Consulting Group’s ShipMatrix database on hundreds of millions of parcels shows that parcel carriers do not charge a five-pound parcel at the lower six-pound parcel rate.

Lower margins in the LTL industry can be attributed to the antiquated LTL pricing model. LTL carriers use rate tables that date back to 1988, before many pricing analysts were even born. In addition, with several hundred rate tariffs and a very aggressive discount structure — exceeding 90 percent in some cases — the mattress retail business, with its even 80 percent off list price offers, has more pricing discipline. While carriers and shippers are familiar with such aspects of LTL pricing, few are aware of the problems created by deficit pricing.

This deficit rating practice actually dates to the regulated era of 1970s. It made sense then since the LTL carriers had to depend on basic calculators to determine charges as computers were not available. However, over these 40-plus years, although the LTL industry has invested hundreds of millions of dollars in powerful computers to handle more weight bands, it still relies on an antiquated pricing model developed for the calculator age.

LTL carriers should replace their weight bands with smaller increments. This could start with 100-pound bands and over time be reduced to 50 or even 10 pounds. With extensive computing power used by the LTL industry in many other functions of the business, changing the weight bands should be a high priority.

A positive result of eliminating deficit rating will be fewer invoice adjustments by audit and payment firms. While that will not be welcome news for those firms, it will be a blessing for the carriers and their shippers.

With capacity tight in all US trucking segments, LTL carriers should get rid of deficit rating to increase operating margins sorely needed to match the profitability of parcel and truckload carriers, and to reinvest in drivers, equipment, and technology.

Satish Jindel is president of SJ Consulting Group, a consulting firm focused on transportation sector with offices in Pittsburgh, Pennsylvania, and Jaipur, India.

Note: This is Part 2 of a 5-part series. Part 3 will be published later this week.

This article presents a very

Deficit rating does not cause

Permalink Submitted by DKroll@natraf.com on Oct 10, 2018 10:02AM EDT
Deficit rating does not cause the carrier extra work, they are not reweighing the shipments.....the rating program, whether it be Czar Lite or the carriers own rating system, automatically calculates the charges both ways and selects the lowest cost alternative. As to "Common Sense" try selling the shipper on the concept that a 4,500 lb shipment will cost you more to ship than a 5,000 lb shipment. And the shipper cannot simply "increase the weight to 5,000" as the author suggests...if your customer ordered 4,500 lbs, that's what they get. In one sense the shipper has increased the weight to 5,000 by adding 500 virtual lbs. And freight bill auditors could care less, they do not find errors in non-application of deficit weights, as noted, the rating programs select the lowest alternative without any human intervention.
Trucking Logistics›LTL Trucking Logistics
International Logistics›Logistics Providers
International Logistics›Logistics Technology
Trucking Logistics›Private Trucking Fleets
Trucking Logistics›Truckload Freight
North America
North America›United States