‘Bullish’ US truck market to last well into 2019

‘Bullish’ US truck market to last well into 2019 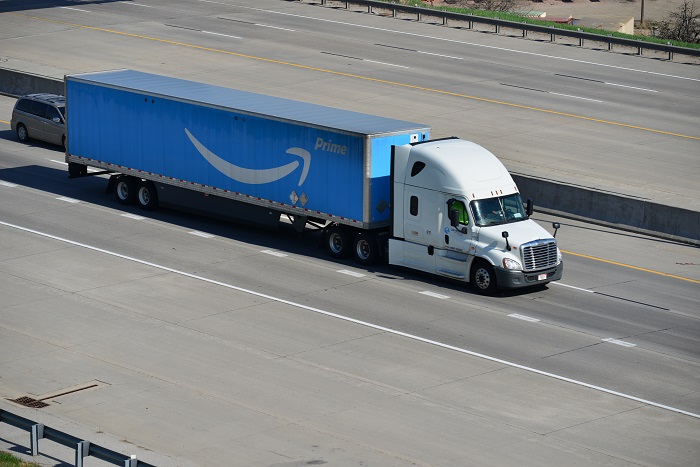 One could argue that the US truck sector has reached its peak, but others believe that with a robust manufacturing sector and other sources of growth, another year of strong truck sector gains is ahead. Photo credit: Shutterstock.com.

Trucking employment, according to US data, hit an all-time high in August. Class 8 truck orders set new records this summer. But to shippers, capacity still feels tight, and trucking rates are still much higher than a year ago. The “equilibrium” in pricing power they enjoyed in 2016 seems a distant memory.

Shippers looking for a return to more balanced market conditions shouldn’t set their hopes very high — at least not until the second half of 2019, based on currently available market data and projections of US economic growth. Some believe today’s bullish conditions — for truckers, that is — will last longer.

Pricing “equilibrium” isn’t likely to return any time soon, especially with a major hurricane bearing down on the US East Coast. Recovery efforts from Hurricane Florence will likely absorb capacity this autumn just as demand for trucking and intermodal services increases during the pre-holiday peak.

The US economy seems able to absorb capacity faster than trucking companies can add trucks and drivers. US real GDP expanded 4.2 percent in the second quarter and is growing at a 3.8 percent rate in the third quarter, according to the Federal Reserve Bank of Atlanta.

“Carriers continue to scramble to get enough trucks on the road to handle the robust freight growth,” research firm FTR said Sept. 6 when announcing a 153 percent increase in Class 8 truck orders in August. “The surging economy and vibrant manufacturing sector are stretching the logistics system to the limit.”

At least one economist believes the US trucking market may have hit its peak. Based on a seasonally adjusted reading of Truckstop.com’s Market Demand Index, Noel Perry thinks truck capacity has reached a turning point, that the decline in spot rates will continue, pulling down contract rates in 2019.

“Pricing and profits will stay strong in the contract segment through the end of the year, at least, and perhaps through the end of the 2019 first-half seasonal peak,” Perry said in an Aug. 3 column published on his Transport Navigator website. In early September, however, pricing relief still seems far off.

Shippers will closely track the spot truck market this autumn to determine whether the signs of looser capacity and declining spot pricing Perry noted in his research are likely to translate into lower contract rates by mid-2019, or whether continued GDP growth and events will change the trend and timeline.

An alternate view of the US economy

Trucking economist Donald Broughton of Broughton Capital has a different view. Rather than being in the ninth year of an aging economic recovery, the United States is “in the beginning of a recovery cycle,” Broughton told journalist Evan Lockridge on the "PrePass Eyes on the Road” podcast Monday.

“The 2009-2014 period, led by fracking, was the first industrial-led recovery we’ve seen since 1961,” Broughton said. “There really wasn’t a consumer recovery until 2017. We’re now just 18 months into that recovery.” Broughton, author of the Cass Freight Index Report, isn’t expecting a downturn.

“The current level of volume and pricing growth is signaling that the US economy is growing, but that level of growth may have reached its short-term expansion limit,” he said in August. “That these percentage increases are so strong, and strong against tough comparisons, explains why our outlook is so bullish, why capacity is so constrained, and why realized pricing is so strong.”

DAT Solutions, like Truckstop.com, a load-matching service, believes spot market truck demand is still high, but that shippers and third-party logistics companies are getting better at securing capacity. The company noted a year-over-year decline in flatbed and van load postings in August.

“August was the strongest month this year for the number of loads that moved on the spot market,” said DAT pricing analyst Mark Montague. "However, the volume of loads posted [to DAT load boards] actually decreased because 3PLs [third-party logistics providers] and freight brokers were able to find trucks more efficiently.”

Stakeholders have adjusted to the ELD

And that could be a sign shippers, 3PLs, and trucking operators are finally recovering from the supply chain network disruption caused by the introduction of the US electronic logging device (ELD) mandate last December and full out-of-service enforcement of the mandate as of April 1.

That hump was “figuring out how to capitalize on time and use it more efficiently,” said Lynch, whose company has tracked a deterioration in transit times under the ELD mandate. “There are still organizations not putting enough weight on holding a driver for more than two hours.”

The biggest impact of ELDs on capacity, according to data studied by Zipline and others, has been a reduction in the number of hours truck drivers are willing to spend behind the wheel, pushing transit times up by a day in some cases and limiting the number of “turns” drivers can complete in a week.

That means more trucks and drivers are needed simply to haul the same amount of freight hauled before the ELD mandate. And freight volumes are anything but flat in 2018. At less-than-truckload (LTL) carrier Old Dominion Freight Line (ODFL), daily shipments increased 10 percent year over year in August.

That compares with a 6.6 percent increase in volume in the same month a year ago, and a 1.5 percent decrease two years ago. ODFL, the third-largest US LTL carrier in 2017, has been increasing revenue and market share, but strong US manufacturing output in August helped fill its trailers.

August data indicated a strong overall improvement in the health of the US manufacturing sector, according to IHS Markit, the parent company of JOC.com. The IHS Markit Purchasing Managers Index (PMI) for manufacturing registered 54.7 in August. The Institute for Supply Management PMI was even higher, at 61.3.

That expansion is fueling truck orders, with North American Class 8 orders in August hitting 52,400, according to FTR. ACT Research put the number at 53,100 units, a year-over-year percentage increase of 150 percent. FTR and ACT said carriers are racing to reserve truck “build slots” in 2019.

“Fleets are ordering early and often, and orders this plentiful indicate fleets are highly confident the flourishing freight market will persist for a while,” said Don Ake, FTR vice president of commercial vehicles. “Current economic and manufacturing data point to a strong start to 2019,” he said.

However, Class 8 orders don’t immediately translate into rubber on the road, and as Ake pointed out, many of those trucks won’t be built or delivered until next year. Truck orders are a measure of expectations about the economy, but not as good a predictor of truck capacity, as orders can be canceled.

Trucking companies are doing a better job of hiring employees to drive those trucks. For-hire trucking payrolls tracked by the Bureau of Labor Statistics (BLS) rose 2.1 percent year over year in August, as carriers tracked by the BLS added 5,700 workers — the biggest leap in trucking employment since March.

Those carriers employed 1,483,000 workers, the highest number ever recorded by the BLS, and the second peak in trucking employment numbers since the end of the recession in June 2009. By another BLS measurement, the number of heavy truck drivers rose 2.6 percent to 1.7 million in 2017.

Despite a steady increase in the number of drivers, projections of a future driver shortage continue to grow, as large trucking companies in particular report difficulty hiring and retaining drivers despite substantial pay increases. Monthly wage and earnings data from the BLS give a clue as to why.

Average transportation and warehousing hourly wages did rise 2.5 percent year over year in August to $21.94, but average construction pay rose 3.3 percent, and was nearly $6 higher than the transportation number.

That average includes more than truck driving jobs, but the gap in wages is one reason construction is believed to beat trucking in the battle for blue-collar talent. And construction, like trucking, claims to have a shortage of workers.

High demand is the real driver behind labor shortages. The number of trucking employees may have risen 1.6 percent in July, but the number of job openings in transportation, warehousing, and utilities rose 16.7 percent, according to the latest data from the BLS’s job openings, layoffs, and terminations survey.

Shippers need to apply lessons learned from the multiple crises of 2018 — tight capacity, price increases, the ELD effect — as they approach 2019. Next year won’t be as “nasty” as 2018, Zipline’s Lynch said, but “I don’t see freight markets plummeting back to where they were in 2016 for a very long time.”