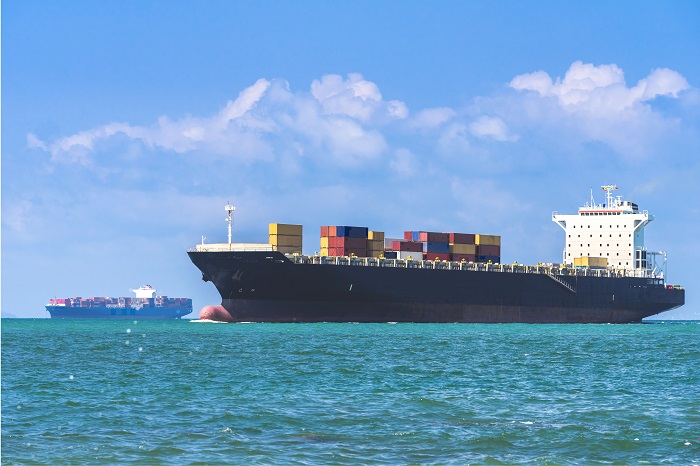 A recent JOC.com analysis revealed that only two of the top 12 carriers provide shippers the ability to get instant quotes, even though the competitive pressure from new and established rate providers is building. Beyond just investment, ocean carriers would have to move away from a culture that has long prioritized rate opacity over transparency. Photo credit: Shutterstock.com.

Container lines may be losing some business due to the lack of instant pricing tools they avail shippers, but they also have plenty of reasons to not rush in and provide full transparency. Most notably, carriers risk reducing their ability to differentiate and price services to premium customers.

There is also the question of priorities, in that high bunker fuel prices and other more pressing challenges are garnering more of their attention and resources. Lastly, there is also the question of whether there are enough small and medium-sized shippers that would use such instant pricing tool capabilities to make investments worthwhile, as most carriers are on the razor’s edge of profitability for this year.

A culture of rate opacity

A recent JOC.com analysis revealed that only two of the top 12 carriers provide shippers the ability to get instant quotes, even though the competitive pressure from new and established rate providers is building. Beyond just investment, ocean carriers would have to move away from a culture that has long prioritized rate opacity over transparency.

“Carriers are the sole price makers in container shipping,” Fauad Shariff, CEO of the forwarding marketplace startup CoLoadX wrote during a vigorous Twitter debate centered on the JOC.com analysis. “They're not losing to any alternative mode of transport, hence no impetus to embrace price visibility. There are productivity gains to be realized, but nothing compared to fuel efficiency gains. Principally lower cost of sales should matter, but there may also be an economic benefit to price complexity.”

Shariff also said that engaging in purposeful price transparency with small shippers would have two detrimental impacts to carriers.

“Still boils down to economics,” he wrote. “The cost of increased customer engagement would not increase per container yield. Engaging with low volume, low yield customers is probably the worst thing liners can do in economic terms. There's no ‘business class’ on a container ship so volume discounting is the only means of differentiating customer value. Hence any & every surcharge impacts yield.” Christopher Rozon, a former sales representative with INTTRA and several container lines and freight forwarders, added that the lack of interest in dynamic pricing capability is based on the culture of both buyers and sellers.

“No [shipper] wants to pay ‘tariff,’ they all think they can leverage personal relationships with the carrier to get a better rate,” he wrote. “Negotiating those one-offs are enormous resource drains on the carriers. We created a spreadsheet-based matrix for front line sales probably 15 years [ago], let them quote almost anything on the spot. Everyone hated it, though, because they assumed those were crappy tariff rates, wanted the ‘special’ instead.

“Anyway, the goal is not to have a rate clerk feeding the system, but have a system that looks at bookings, market conditions, spot rates, etc and automatically adjusts pricing on the fly.”

Which leads into the demand question: if only two of the top 12 lines in the world have such a tool, perhaps it’s because there’s not enough demand for it?

Does demand exist for instant pricing?

Discussion participants questioned whether there was a business case for such tools, whether carriers would get a return on investment and whether not having such capabilities were causing them to lose business. It was a point industry analyst Cathy Roberson amplified: “Do we know for a fact that a generation of customers is demanding this? If so, have the platforms really been able to capitalize on this demand?”

Freightos vice president of marketing Eytan Buchman chimed in that “direct sales is a strong carrier priority, instant quoting or not. Price is [and remains] the core decision factor but a down-market push demands shifting from prioritizing cost-saving to prioritizing customer experience. This is literally Amazon VS Big Box retail played out.”

Meanwhile, startups looking to transform freight procurement struggle with the idea that carriers wouldn’t gravitate toward this.

“It always amazes me that we are in 2018 and there still isn't a way for customers to easily get quotes from carriers,” said Alex Hoffman, founder of the Berlin-based trucking technology startup TNX Logistics. “Even if you somehow don't believe in technology or digitalization, the economics of serving mom-and-pop SME [small and medium-sized enterprise] customers must be disastrous without it. This makes it for me less a point of ‘is the customer willing to pay for it’ and more of a ‘this seriously reduces costs to serve.’”

And even Shariff recognized the time might be at hand.

“It takes disruptors to alter pricing dynamics in markets where asset owners control market pricing,” Shariff said. “That moment is at hand. It will be interesting to watch it all play out over the next couple of months and years.”

There’s also the issue of whether customers would be willing to pay for such tools. In that sense, one could surmise that only by investing in technology that creates value for customers can carriers have any hope of getting paid for value creation. Investing in ships has thus far failed to achieve that value creation, but maybe something else will.