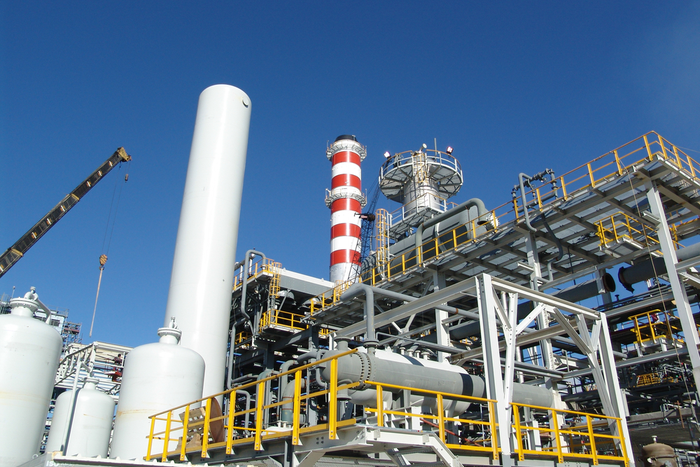 Hydrogen has been refined and used industrially for decades and protocols for safe handling have been developed, but deeper research is required into its viability as a global maritime fuel. Photo credit: Shutterstock.com.

Hydrogen is emerging as the front runner in the search for a carbon-neutral fuel of the future that will enable the heavily polluting shipping industry to meet its 2050 decarbonization targets.

The Getting to Zero Coalition, an industry-led group of more than 120 companies within the maritime, energy, infrastructure, and finance sectors, has identified 66 research projects focusing on ship technologies development and fuel production, with hydrogen playing a leading role.

“The majority of projects covering fuel production focus on green hydrogen, which is largely due to hydrogen’s position as a building block for the production of other fuels such as ammonia or methanol,” Kasper Søgaard, head of research at the Global Maritime Forum, a partner in the Getting to Zero Coalition, said in a statement Thursday.

Maritime transport emits about 940 million tons of carbon dioxide (CO2) annually and is responsible for about 2.5 percent of global greenhouse gas (GHG) emissions. In 2018, the International Maritime Organization (IMO), a specialized agency within the United Nations, adopted a resolution that set two goals for GHG reductions from shipping. The first is a 40 percent increase in overall fleet efficiency by 2030; the second is a 50 percent reduction in absolute emissions by 2050 using a 2008 baseline, with emissions to be reduced to zero or near zero as soon as possible after 2050. This for the first time brought the shipping industry broadly in line with the goals of the UN’s Paris Agreement to combat climate change.

According to a June survey of ship owners by the American Bureau of Shipping (ABS), 60 percent of respondents regard ammonia and hydrogen as the most promising zero-carbon fuels in the long-term.

As a light gas, hydrogen could provide solutions for long-term decarbonization of the global shipping fleet, while the heavier ammonia could provide similar solutions in the medium-term, the ABS noted in a recently released sustainability report.

“Since ammonia is synthesized from hydrogen, these fuels are linked in terms of infrastructure and technology development,” the ABS report stated. “In comparison, ammonia is a logistically attractive and affordable fuel, which is easier to handle, store, and transport.”

ABS said ammonia, a compound of nitrogen and hydrogen, appeared to have the potential to enter the global market relatively quickly, but its production and storage as a marine fuel needed to be further researched due to its high toxicity.

Hydrogen fuel-cell technology has been implemented in commercial products such as forklifts and vehicles, naval submarines, commercial ferries, and offshore support vessels. It is also being deployed as fuel cell power systems for cruise ships, while other marine applications are in the planning stages.

Hydrogen has been used industrially for decades, therefore protocols for safe handling have been developed, but they remain complex compared with those of fossil fuels.

A crucial challenge facing research into any new fuel is how to bring down the cost of production, a key prerequisite for the widespread deployment of the fuel. The Getting to Zero Coalition pointed out that production at scale would need to be commercially viable by 2030 if shipping was to meet the 2050 decarbonization targets.

“Much of what needs to be achieved is already technically possible,” Søgaard said. “The key issue here is to close the competitiveness gap between traditional fossil fuels and new zero-emission fuels.”

This cost differential was also identified by ABS, which noted that the transition to low- and zero-carbon fuels was likely to increase the cost of vessel production and operation in the medium term, until the associated technologies for fuel-added production, distribution, bunkering, and on-board use became more cost effective.

The Global Maritime Forum, an international not-for-profit maritime lobby group, said its research showed that if shipping was to fully decarbonize by 2050, it would require further investments of $400 billion over 20 years, bringing the total between $1.4 trillion and $1.9 trillion.

Global Shipping Outlook: A Sneak Peek at 2021
Port Performance North America: Managing Cargo Flow During a Pandemic — and Beyond
END_OF_DOCUMENT_TOKEN_TO_BE_REPLACED