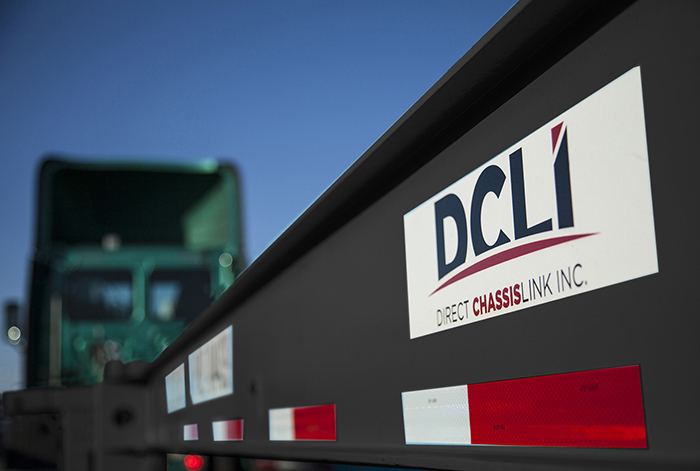 The vehicle for this effort, Digital DCLI, will be powered by REZ-1, the software service provider that DCLI purchased in 2014 and augmented with the 2016 acquisition of IAS, which provides technology for chassis fleets and depots.

REZ-1 gained additional scale and scope with DCLI’s recent purchase of TRAC Intermodal's 80,000 domestic chassis. REZ-1 will manage those along with DCLI’s 136,000 marine chassis and rail containers, which REZ-1 has managed since its founding in 1994.

“When you add it all together, REZ-1 is managing 300,000 pieces of equipment,” Shea said. “It has the largest database of information about movement of goods in any network.”

REZ-1 technology is used to track, reserve, allocate, and forecast chassis usage, and to improve billing accuracy. Using it for domestic chassis as well as rail containers and marine chassis will yield synergies in areas such as equipment visibility and availability.

“It’s going to reduce dislocations and allow us to improve overall availability,” he said. “When a container is here and a chassis is over there, we’ll know about it ahead of time because we’ll have visibility of the entire system.”

Digital DCLI's goals, however, extend far beyond the basics of equipment supply. Shea said the acquisition of TRAC’s domestic chassis, coupled with REZ-1 technology, will enable DCLI “to take disruptive technologies and turn the supply chain on its ear and truly drive costs out and add broader services.”

US chassis supply has undergone seismic change since 2009, when Maersk Line began transferring its chassis to DCLI. It was the first of a rapid series of such divestments to third parties by container lines, which historically had provided most marine chassis in the US market as part of bundled services.

With these transfers largely complete, Shea sees technology as the next step in the evolution of chassis supply — and as a differentiator for equipment providers. He said DCLI wants to develop “an interdependent and stickiness” with rail, ocean, and motor carriers, intermediaries, and beneficial cargo owners.

Last May, months before acquiring TRAC’s domestic chassis, DCLI launched a three-year plan for growth, diversification, and digitization. The company hired a consultant to help identify ways to use REZ-1 and digitalization to help customers improve their supply chains.

What customers wanted most, the consultants found, was streamlining of business practices through improvements such as automated billing for chassis. As truckers have taken on responsibility for chassis that previously were not a separate cost item, billing has become an expensive headache that has required motor carriers to add staff.

Shea said automated billing can reduce these administrative costs, but that it requires better data accuracy than the 80 to 85 percent that is common for marine chassis. He said REZ-1’s success in the rail industry offers a template for improvement in marine chassis billing. REZ-1 handles 3 million rail equipment transactions per year, including 1 million off-depot “street turns, with an accuracy rate of 99.997 percent.”

REZ-1 has achieved this by using its database to create more than 120 “edits” or screens that weed out inaccuracies and enable automated billing and payment. “We are testing a number of techniques with major customers to check their files against our files, and to do exception billing that shrinks the amount of auditing that needs to be done,” Shea said. DCLI plans to start rolling this out later this year.

A second element of the Digital DCLI project is something Shea has long advocated — using sophisticated data analysis to forecast intermodal demand so that the right equipment is in the right place at the right time to meet customer demand.

DCLI has invested in ClearMetal, which uses artificial intelligence to improve supply chain visibility, and is looking at other companies to help REZ-1 expand and improve its forecasting. DCLI plans to launch a supply chain optimization pilot program in the second half of 2018.

“Our goal is to improve utilization by 4 to 6 percent,” Shea said. That may sound minor, but it adds up when more than 200,000 chassis are involved. “If you improve utilization, you won’t have to buy so many chassis to support your customer needs, and that’s a significant capital savings,” he said.

Another initiative, scheduled for rollout in 2018 and 2019, is to improve equipment trading and availability by using GPS, sensors, and other technologies, including truckers’ mobile devices. “When you get the interface with the trucker, that’s going to give you visibility into the asset on the street,” Shea said. “That’s something we’re aggressively working on right now.”

DCLI also wants to use REZ-1 to expand off-depot street interchanges, which are common in the rail industry. Shea noted that street interchanges of marine equipment are complicated by the need to return empty containers, but said these problems “are not insurmountable.”

Yet another Digital DCLI objective, perhaps the most far-reaching, is using REZ-1’s vast database to provide customers with subscription-based analytics for use in forecasting, performance optimization, development of key performance indicators, and more.

DCLI and REZ-1 will have more than 100 million electronic data interchange records a year. Some of it is proprietary and cannot be shared, but Shea said it offers the potential for analysis of traffic flows and patterns that could help companies improve supply chains in myriad ways.

“The shipper will be able to slice and dice the data so they can compare individual motor carriers, time on the street, and the efficiency of the carriers,” Shea said. “Railroads could look at various customers, determine which are most efficient, and maybe come up with pricing policies that are differentiated by the quality of the customer. There are so many things you can do with this data.”