East Coast ports spent years preparing for the 2016 opening of the new locks of the Panama Canal. More recently, industry observers have been watching to see if East Coast ports can capture a larger share of imports from Asia by improving their operational efficiency in an uncertain market. Among recent advances in major East Coast ports are a new appointment system in New York-New Jersey; berths extended to cater to more and larger mega-ships in New York-New Jersey, Boston and Philadelphia; and a variety of new cranes and other equipment at Philadelphia and Charleston

SCFI: Spot rates drop across the board despite GRI effort

The JOC Top 100 Importers: Analyzing the Rankings
Parcel at the Peak: How Consumer Habits Are Changing the Dynamic
Trucking Market Report: Preparing for the Peak
END_OF_DOCUMENT_TOKEN_TO_BE_REPLACED 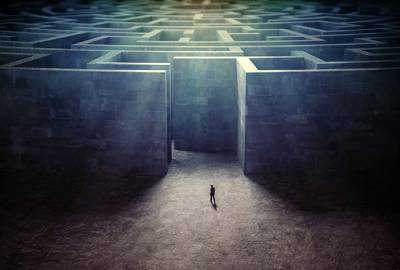 Logistics managers that saw their organization's supply chains disrupted and transportation budgets blown out of the water in 2020 will be at the epicenter of make-or-break decisions in the coming year.
MORE » 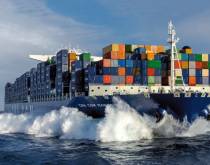 Largest ship to call on US East Coast to arrive next week: CMA CGM

14 May 2021
CMA CGM said the largest container ship to arrive on the North American East Coast will start calls next week as part of a capacity increase on its Southeast Asia service.
MORE »

LA port making dent in backlog before peak season
13 May 2021
The LA-LB port complex is clearing out its cargo backlog, with the goal of the ports and terminal operators being to return to normal fluidity before the 2021 peak-shipping season begins in August.

Siemens Gamesa reports loss even as wind backlog jumps
13 May 2021
The ripple effects of COVID-19 and plant-closing costs trigger a quarterly loss for wind turbine manufacturer Siemens Gamesa, but its work backlog provides a bright spot.

Crippling duty on Chinese chassis upheld in final ruling
13 May 2021
The US Commerce Department has reaffirmed a large antidumping duty on Chinese-made chassis in a final determination that will impact the transportation of international and domestic containers.

Fuel shortages further tighten Southeast truck capacity
13 May 2021
Shippers moving goods to and from the Southeast may expect further disruptions in service as fuel shortages linger, pushing more freight to the spot market.

US warehouses, couriers struggling to hire workers
12 May 2021
Transportation and warehousing firms losing employees may be competing more often with contractor-based gig economy businesses; trucking, however, is expanding its payroll.

Fluor Q1 earnings in the red as project backlog takes a hit
12 May 2021
Project cargo shipper Fluor added a refinery project to its work backlog, but lost a chemicals project during a choppy first quarter as COVID-19-driven delays took a toll.

Demand, rates drive Hapag-Lloyd to $1.45 billion Q1 net profit
12 May 2021
The market outlook may be uncertain, but carrier profitability has never been clearer, with Hapag-Lloyd more profitable in the first quarter of this year than in all of 2020.

ONE latest carrier to lean on Kontainers for instant rate tool
11 May 2021
The list of container lines able to quote rates and accept bookings through their websites has expanded over the past year, with Singapore-based Ocean Network Express now giving shippers and forwarders such tools.

Maintenance software aimed at growing pool of shipper, trucker-owned chassis
11 May 2021
As truckers and shippers build their own chassis fleets, technology is being introduced to maintain and repair their equipment at the lowest possible costs.

Maersk signals next logistics acquisition will be billion-dollar deal
11 May 2021
Maersk’s integrated logistics strategy is gathering momentum, the carrier says, as greater volume from its top 200 customers is locked into end-to-end multiyear contracts.

Top US Shippers: Semiconductor shortage a fork in the road for auto trade
10 May 2021
While OEM suppliers and their transportation providers should expect down lines and slower production to weigh on growth, auto aftermarket suppliers are expecting the opposite.

US legislation would focus port grants toward decarbonization
10 May 2021
New legislation introduced in Congress would make projects that reduce the carbon footprint of port operations eligible for grants within the Maritime Administration’s Port Infrastructure Development Program.

Descartes acquires Portrix to address rate management gap
10 May 2021
The importance of integrating rate management capability into a forwarder operating system has driven Descartes to acquire German software maker Portrix, the third such acquisition by a widely used forwarding system in recent years.

US retailers’ upgraded import forecast signals stronger shipping pressures
07 May 2021
The upward revision to US import projections for peak shipping season sends a message to shippers and ports that tight vessel capacity and marine terminal congestion issues are far from over.

Hot breakbulk market underlines MPV newbuilding shortfall: Drewry, Toepfer
07 May 2021
Breakbulk freight rates are climbing, but uncertainty about new fuels, ship designs, and the long-term strength of the market are holding back orders for new ships.

BluJay targets rail shippers with new TMS acquisition
07 May 2021
BluJay Solutions’ acquisition of a rail transportation management software provider rounds out its solutions for shippers that struggle with coordinating rail shipments with movements in other surface transportation modes.

Congestion surcharges add to soaring Asia–Europe rates
07 May 2021
Rotterdam has declared victory over the Suez surge in volume, but persistent delays at European hub ports have prompted some carriers to introduce congestion surcharges on imports and exports.

MPV/HL charter rates to remain at record highs through June: Toepfer
06 May 2021
As cargo demand surges, multipurpose, container, and dry bulk carriers are all competing for tonnage and pushing up vessel charter rates.

Savannah port delves into transloading to jolt development
06 May 2021
The port of Savannah is building what will be one of the first cross-dock facility within a US container port, accelerating Georgia Ports Authority’s attempt to attract transloaded cargo away from Southern California.

Walmart vet gets VC funding for perishable trucking platform
06 May 2021
Perishable shippers seeking to wean themselves off a reliance on brokers have a new venture-backed platform that connects them directly with a network of pre-vetted reefer carriers.

Mike O’Malley, senior vice president of government and public relations, DCLI
At a time of stretched global supply chains, the answer is not for Washington policymakers to dictate a “solution” that would lead to fewer chassis.
MORE »