China's "Belt and Road" plan is a multi-billion initiative aimed at linking Asia with Europe and Africa, and the countries in between. The plan, formerly known as "One Belt, One Road," brings together the landside Silk Road Economic Belt and Maritime Silk Road developments. The Silk Road Economic Belt connects China, Central Asia, Russia and Europe (the Baltic), linking China with the Persian Gulf and the Mediterranean through Central Asia and West Asia, and connecting China with Southeast Asia, South Asia and the Indian Ocean. The 21st-Century Maritime Silk Road is from China's coast to Europe through the South China Sea and the Indian Ocean on one route, and from China's coast through the South China Sea to the South Pacific.

SCFI: Spot rates drop across the board despite GRI effort 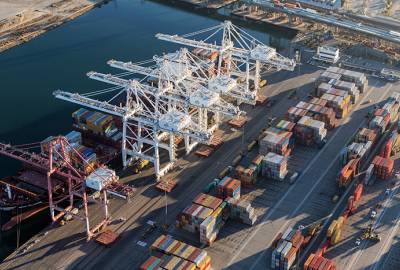 Walmart remained atop the list of the 100 largest US importers by a wide margin in 2019, while Koch Industries retained to the No. 1 export spot.
MORE » 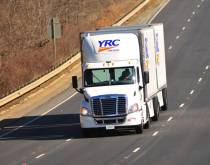 US trucking regains 44 percent of jobs lost to pandemic
02 Jul 2020
Unadjusted Labor Department employment numbers show motor carriers have recovered about 44 percent of the jobs lost from February to April.

APMT rolls out API container availability alerts
02 Jul 2020
APM Terminals is rolling out a set of data connectivity tools, initially at two US ports, to inform shippers of container status and vessel arrival on a more real-time basis.

Transplace offers benchmarking for non-TMS customers
02 Jul 2020
Transplace has begun providing managed transportation-like services to customers that have their own transportation management system but want to be able to benchmark against the data of the $11 billion of freight the 3PL manages.

US loans YRC Worldwide $700 million, citing ‘national security’
01 Jul 2020
The US CARES Act loan to YRC Worldwide keeps US military LTL shipments moving, and gives the US taxpayer a nearly 30 percent share in the company.

JOC Uncharted: Episode 7
01 Jul 2020
The seventh episode of JOC Uncharted features a one-on-one conversation with BBC Chartering CEO Ulrich Ulrichs, and a panel discussion on what LTL digitalization means to carriers and shippers and how it will unfold.

Longshore workers set to strike at two Montreal marine terminals
30 Jun 2020
Montreal employers say the longshoremen’s decision was a surprise and said they are considering other options than focusing on contract negotiations. Employers locked out workers in 2010 after contract talks hit an impasse.

Heightened customs checks in India delaying Chinese imports
29 Jun 2020
Indian Customs authorities have not issued any official information on the additional checks, but customs brokers and forwarders say Customs officials have been given “internal” government instructions to manually inspect all Chinese cargo.

Retail ‘winners’ have clear eye on supply chain woes, survey says
26 Jun 2020
High-growth retailers have a better sense of their deficiencies in transportation management and other supply chain components than their low-growth peers, a new study has found.

New warehousing blooming across Savannah
26 Jun 2020
With phase 1 of the Georgia International Trade Park now complete and a new headquarters for Port City Logistics being built a few miles from the trade park, the Savannah area is adding new warehousing and distribution capacity at a time when space is especially tight.

Container alliances moving toward more landside cooperation
26 Jun 2020
Individual container carrier mergers and acquisitions, as well as a reconfiguring of vessel sharing alliances has created an environment in which members could begin to coordinate intermodal rail and trucking transport.

COVID-19 slows rollout for new KOGA Shipping
26 Jun 2020
Despite a difficult business environment, new MPV/HL carrier KOGA Shipping is growing its client base as it enters the US Gulf-Caribbean market, according to CEO Fernando Maruri.

US importers from Asia rush to NVOs amid tight capacity
25 Jun 2020
NVO market share of US imports from Asia increases as dozens of blank sailings push cargo owners to seek capacity their core carriers are not providing to them.

NC Port’s Cozza to leave top spot at end of 2020
25 Jun 2020
During Paul Cozza’s tenure as head of the North Carolina Ports Authority, container volume through the Port of Wilmington increased 25 percent and refrigerated volumes quadrupled.

COVID-19 resets contract norms for project logistics
25 Jun 2020
In the face of COVID-19, logistics contracting should carefully define the events that trigger the application of force majeure remedies.

A.P. Møller Foundation funds new zero-carbon fuel research center
25 Jun 2020
Industry majors have teamed up with the Maersk Group in an initiative to identify and develop a fuel that will decarbonize the global shipping sector.

COVID-19 creates dangerous shipper divide: CSCMP
24 Jun 2020
Shippers split between those growing during recession and those struggling need to focus on long-term supply-chain improvements to reduce costs, rather than short-term rate cuts.

JOC Uncharted: Hapag-Lloyd sees ‘encouraging signs’ of recovery
24 Jun 2020
Carriers are shaking off some of their pessimism for this year, with more rosy outlooks and improved expectations emerging as the demand-challenged second quarter draws to a close.

Devil in the details for COVID-19 duty deferral