Various US government agencies are involved in the development and enforcement of transportation regulations.

The Federal Highway Administration (FHWA) is an agency within the U.S. Department of Transportation that supports state and local governments in the design, construction, and maintenance of the nation's highway system (Federal Aid Highway Program) and various federally and tribal owned lands (Federal Lands Highway Program).

The mission of the Federal Maritime Commission (FMC) is to “ensure a competitive and reliable international ocean transportation supply system that supports the U.S. economy and protects the public from unfair and deceptive practices.”

The FMC achieves these goals by reviewing and monitoring agreements among ocean common carriers and marine terminal operators (MTOs) serving the U.S.-foreign ocean-borne trades to ensure that they do not cause substantial increases in transportation costs or decreases in transportation services. The FMC also maintains and reviews confidentially filed service contracts and Non-Vessel-Operating Common Carrier (NVOCC) Service Arrangements in order to guard against detrimental effects to shipping.

The Federal Railroad Administration’s mission is to enable the safe, reliable, and efficient movement of people and goods. FRA exercises its responsibilities for regulating the safety of the nation's railroad system and development of intercity passenger rail through legislative rules; non-legislative rules (‘interpretive rules and policy statements), and management and procedural Rules.

The Federal Aviation Administration (FAA) is the US governmental body with powers to regulate all aspects of civil aviation in the US and in its surrounding international waters. Its powers include the construction and operation of airports, air traffic management, the certification of personnel and aircraft, and the protection of U.S. assets during the launch or re-entry of commercial space vehicles. 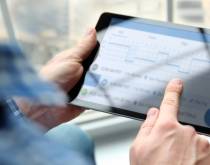 28 Aug 2020
A proposed Federal Motor Carrier Safety Administration pilot project would let truck drivers stop the hours of service clock for up to three hours and then resume driving, giving them more control over their schedules, but a longer day.
MORE »

Two FMC commissioners want closer review of blank sailing monitoring
22 Jul 2020
Container shipping alliances can cancel on blank sailings as long as it’s done to adjust capacity to match lower volumes and they don’t cause an unreasonable reduction in transportation services or an unreasonable increase in costs.

HOS reform gives truckers time, shippers capacity
14 May 2020
The new final US hours-of-service rule gives truckers more flexibility in how they use their daily hours, but shippers get a gift of capacity that could help extend their pricing power.

ARO 2020: FMC detention-demurrage debate rumbles into 2020
24 Dec 2019
The US Federal Maritime Commission has proposed a rule that would see the agency take a more active role in detention and demurrage disputes, but container carriers are laying the groundwork for a potential legal challenge in 2020 should the FMC enact the rule.

ARO 2020: Trucking industry seeks clarity on driver classification issues
23 Dec 2019
New legislation will take effect in California Jan. 1 that would make it much more difficult for truck drivers to retain independent contractor status, but owner operators are stuck in limbo pending a court decision on a legal challenge to the new rules.

FMC grants partial service contract filing relief to container lines
20 Dec 2019
The FMC exemption is part of a broader effort to reduce filing requirements related to freight transportation long after trucking companies and railroads were released from the burden of filing tariffs with the Interstate Commerce Commission (ICC) in 1994.

ARO 2020: A manifest for international trade in 2020
20 Dec 2019
The JOC.com editorial team has identified 10 trends every shipper, carrier, and third-party logistics provider should be watching in the upcoming year.

FMC’s detention-demurrage proposal divides shipping industry
31 Oct 2019
Stakeholders in the container shipping industry are debating how demurrage clocks should begin, when they should be suspended, and when it’s fair and unfair to assess penalties to beneficial cargo owners (BCOs).

FMC to gauge detention/demurrage fairness on flow merits
06 Sep 2019
The Federal Maritime Commission agreed to the recommendations stemming from a year-and-half effort led by Commissioner Rebecca Dye to address complaints from cargo owners and drayage drivers over what they considered unfair fees for failing to pick up cargo and return equipment in a timely manner.

California bill set to reshape drayage landscape
05 Sep 2019
The California state legislature is on track to pass a bill, which the governor intends to sign into law, that could fundamentally alter the relationship between shippers, trucking companies, and port truck drivers. It's expected to be signed before an intermodal conference this month in Long Beach.

Proposed HOS changes hold risks for shippers
19 Aug 2019
Proposed hours-of-service reforms -- though well-intentioned -- are a “catastrophe waiting to happen” for the US trucking sector, according to one interested observer.

AOBRD transition to ELDs to trim truck capacity
06 Aug 2019
Trucking companies are warning shippers that a regulation requiring fleets to switch from automatic on-board recording devices to electronic-logging devices in December could slow productivity more than some realize.

Enhanced enforcement of ISPM 15 costing US importers millions
25 Jul 2019
Violations of ISPM 15, which maintains strict guidelines for treatment of all wood packaging materials (WPM) to prevent the accidental introduction of invasive pests, can result in the re-exportation of entire shipments of goods and large fines, even if importers and carriers have followed the regulations to the best of their abilities.

US regulator warns truckers to act before ELD deadline
28 Jun 2019
Truckers using older electronic logging technology should switch to ELDs now, and not wait for a December deadline, the head of the US truck safety watchdog agency said.

Pending US truck regulations to curb capacity
08 Apr 2019
Trucking operators and shippers should be keeping a close eye on the implementation of a National Drug and Alcohol Driver Database and other potential regulatory changes that will affect available capacity.

US regulators up scrutiny of transport workers
01 Mar 2019
The DOT OIG's audit of FMCSA medical certification procedures and examiners is one example of how federal regulators are cracking down on truck and bus drivers in an effort to keep unqualified drivers off the road and reduce accidents and fatalities.

US regulators weigh truck HOS changes
21 Jan 2019
The 2019 regulatory schedule isn’t clear, but what is clear is that there will be many more hours of debate over truck driver hours of service.

US high court rules against forced trucker arbitration
15 Jan 2019
Even owner-operators work under ‘contracts of employment,’ the US Supreme Court said, which means claims of misclassification, ‘stolen wages,’ can’t be forced into arbitration.

DOJ claims YRC Worldwide overcharged
14 Dec 2018
The lawsuit stems from a long-running dispute and investigation into reweighing of military freight.

US regulators reject ELD pleas, put focus on trucker hours
07 Dec 2018
The FMCSA published 10 decisions rejecting petitions for ELD exemptions Friday, a sign the agency has drawn a sharp line when it comes to pleas for relief from the year-old rule. Instead, expect more focus on the hours of service rules themselves.

US contract filing exemption would boost carrier efficiency
28 Nov 2018
To some shippers, the World Shipping Council’s (WSC) petition, filed Sept. 11 to the Federal Maritime Commission (FMC), looks like a recipe for uncompetitive behavior. For the industry, represented by the WSC, it is an attempt to move away from bureaucratic practices, cut costs, and become more dynamic.

Trump taps Maffei and Florida maritime veteran for FMC
16 Nov 2018
The administration Thursday announced the appointment of Daniel Maffei, whose five-year term expired in June, and Louis Sola, who has served on the Florida Board of Pilot Commissioners, and is president and founder of Evermarine, a major yacht dealer, for Federal Maritime Commission positions.

NY-NJ port downplays fears over impact of new drayage rules
03 Oct 2018
The port authority, after discussions with rule-implementer the New Jersey Department of Labor, is disseminating detailed information to truckers on the new rules, which the authority believes will have little impact on the drayage fleet and won’t affect many truckers.

Chances of federal ELD easing dim on latest petition rejection
05 Jul 2018
A petition calling for a ‘small business’ exemption to the electronic logging device (ELD) mandate has failed, and that means the ELD era has become more entrenched.

BCOs, truckers hope PierPass 2.0 delay will produce gate equity
26 Jun 2018
There are still differences of opinion among stakeholders regarding the equity of the proposed system for the ports of Los Angeles and Long Beach.