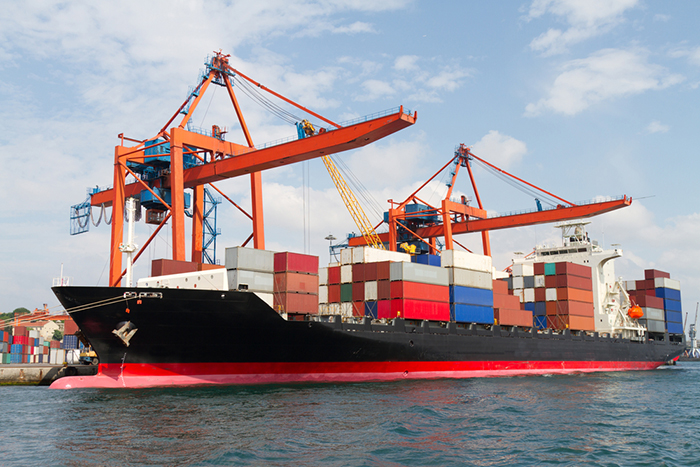 “It’s a big issue, folks,” Doyle said at a forum hosted by the New Jersey Motor Truck Association. “We’ve got to find a solution.”

Amendments to the International Maritime Organization’s Safety of Life at Sea convention, or SOLAS, require documentation of a container’s verified gross mass before the box is accepted for loading onto a ship.

For motor carriers, this could mean that a driver arriving at a port without accurate documentation of a container’s weight “gets to the terminal gate, then has to turn around and go home,” Doyle said.

Doyle said shippers of products loaded at inland points and transloaded onto containers at ports have no way of ascertaining the tare weight of an empty container selected by a third party.

Many shippers have noted that carriers’ listed tare weights are inaccurate because of repairs or modifications. “Some of the weights are off by 600 to 1,000 pounds,” Doyle said.

The FMC has no direct role in SOLAS compliance, but Doyle said the commission is watching the issue because of its potential effects on shipping productivity. “There’s a solution here, and we’ve got to find a solution,” he said.

On a separate issue, Doyle said the FMC is preparing to sort through a maze of proposed changes to ocean carrier alliances resulting from mergers and acquisitions.

“Announcements are going to come out in the next 10 to 14 days, and they’re going to scramble what you have right now,” he said.

Doyle noted that three of the four global alliances soon will be affected by the merger of the container fleets of Cosco and China Shipping and by CMA CGM’s acquisition of NOL and its container carrier APL.

Cosco belongs to the CKYHE Alliance, China Shipping to the Ocean Three Alliance, and APL to the G6 Alliance. As a result, all three of these alliances will undergo some kind of reconfiguration as carriers switch in and out of them over the next year or more.

Doyle said he wants to ensure that the transition is smooth enough to avoid disruptions to shipping. One way to achieve that, he suggested, could be for carriers to divide their fleets into multiple alliances

“At some point, the alliances will change. There’s probably going to be new alliances,” Doyle said. “I don’t know where it’s going to go, or what the time frame is,” but he said he expects carrier announcements “very soon.”

How to Improve OTIF: 15 Tips for On Time and In Full Delivery
END_OF_DOCUMENT_TOKEN_TO_BE_REPLACED