Chinese cargo agents caught between SOLAS fees and no loading

Chinese cargo agents caught between SOLAS fees and no loading 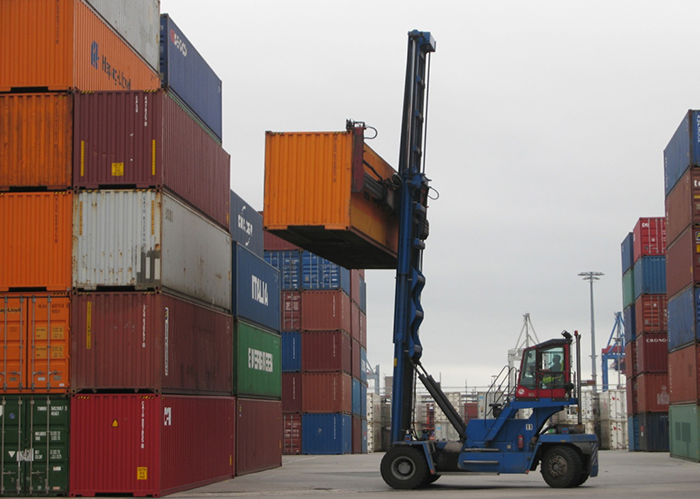 Cargo agents in China, which handle a huge amount of containers exported from the country, are being caught between shippers unwilling to pay verified gross mass weighing charges and carriers that will not load boxes without the weight data beginning Friday.

All export containers across the globe will require a VGM to be submitted to carriers and terminals in time for a ship to plan its stowage in accordance with an amendment to the International Maritime Organization’s Safety of Life at Sea convention. A comprehensive and regularly updated JOC.com Q&A can be found here.

In China, while some ports provide weighing services, much of the container weighing is being done by independent companies that are charging 50 Chinese yuan ($7.50) per 20-foot-equivalent unit and 100 yuan per 40-foot-equivalent unit for the service. However, JOC.com has learned that cargo agents are being relied on to get the boxes weighed and they are not happy with the arrangement.

Zhu Jian, general manager of Shanghai Seachain International Logistics, said agents were under pressure from shippers, who expected no delays or extra costs, and from shipping lines that required the accurate VGM data in time to plan the stowage.

Some cargo agents complained they were being made by carriers to sign commitment letters making it their responsibility to apply for the VGM. If agents refuse to sign, they risk losing cargo booking privileges from carriers and the exporter turning to other cargo agents.

When this was put to Li Linhai, general secretary of Shanghai International Freight Forwarders Association, he said agents did not own the cargo and could not be held liable, warning that such an arrangement would be invalid.

“It is an issue about liability rather than charges,” he said, adding that the government would regulate this kind of behavior by some sectors in the logistics industry.

Other associations have also weighed in on the issue. The Shanghai Transport Trade Association released a notice on June 24 calling on its members to reject weighing charges “in any form” as the VGM was the responsibility of shippers.

The association also warned its members not to accept commissions from shippers to weigh containers. “Once you accept the commission, you may have liability if the container cannot get loaded or is fined or detained by authorities because of an inaccurate VGM supplied by a third party.”

China’s Ministry of Transport does not have requirements on where the containers should be weighed, leaving that up to shippers to decide as long as the weighing equipment complies with required accuracy and tolerance levels. The ministry said fees charged for weighing would be determined by the market and charging criteria would be adapted to suit the requirements of various authorities.

While the new VGM rules will help increase the stability of container transport and reduce the risk of casualties and cargo damage, Ma Tu, an analyst at the Shanghai Shipping Exchange, said he expected the implementation of the new rules to take a long time.

“It is foreseeable that in the coming quarter, it could be messy to weigh the containers,” Ma said. “No matter who will be in charge of the weighing, it will take money and time.”

China will play an enormous part in the rolling out of the new VGM rule as it is where a vast amount of export boxes originate. At the end of April, the Ministry of Transport issued industry guidelines announcing it would conduct random inspections on export containers at the country’s ports beginning on July 1 as part of its enforcement of the new container weighing requirements.

“All marine management agencies should perform random checks on the verified gross mass of packed containers loaded onto vessels,” the guidelines stated. The IMO subsequently issued a call for maritime authorities to take a “lenient and pragmatic” approach to enforcement.

A version of this story originally appeared on IHS FairPlay, a sister publication of JOC.com within IHS Maritime & Trade.

Canada Trade and Shipping Outlook
TPM22: What We Learned — Container Shipping in the Crosshairs
Managing E-Commerce From Order to Delivery and Beyond
END_OF_DOCUMENT_TOKEN_TO_BE_REPLACED