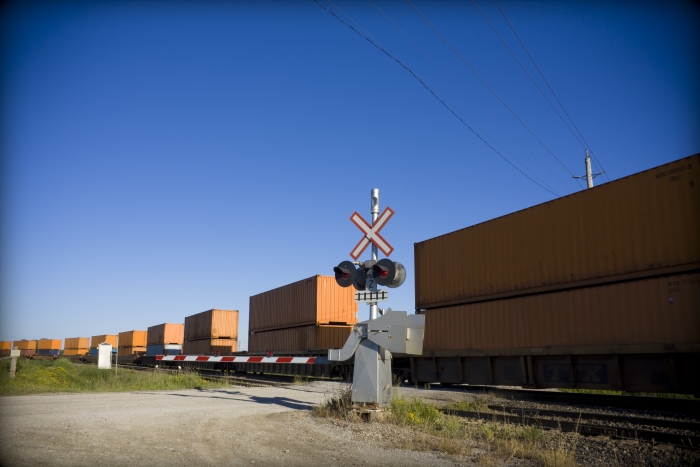 The U.S. rail regulatory agency is asking the seven major U.S. and Canadian railroads, along with short lines, to explain how they will handle the expected surge of intermodal traffic, noting the situation has been “challenging.”

The U.S. Surface Transportation Board every year asks that the major railroads outline how they will handle seasonal peaks in intermodal and carload volume. But the decline in rail performance this year gives the agency’s request extra pertinence — one that is hinted at in the STB’s mention that the responses are due after the agency holds a hearing in North Dakota on Sept. 4 about service issues.

Intermodal volume on U.S. Class I railroads was up 5.9 percent year-over-year in the first 31 weeks of 2014, according to the Association of American Railroads.
Full-size chart

“The last year has been challenging for the nation’s freight rail network due to a combination of volume, capacity, equipment and weather-related issues,” STB Chairman Daniel Elliott wrote in an Aug. 19 letter to the railroads.

Even though the peak intermodal shipping season has just begun, a surge of containerized and some trailer traffic has hit the network. Shippers accelerated imports through the U.S. West Coast before a labor contract expired July 1, and signs of a faster-improving U.S. economy appear to have emboldened some shippers to expand their inventories. Intermodal volume is up this year from 2013 by about 5.8 percent, according to the Association of American Railroads. The shipment of carload freight has also been steadily building, with traffic up about 3.7 percent year-over-year.

The major railroads — BNSF Railway, Canadian Pacific Railway, Canadian National Railway, CSX Transportation, Kansas City Southern Railway, Norfolk Southern Railway, Union Pacific Railroad — must respond to the request by Sept. 15. The railroads, along with the American Short Line and Regional Railroad Association and Genesee & Wyoming, are being asked to share volume expectations and how they will deploy freight cars, intermodal units, locomotives and train crews to handle the potential rise in traffic.

The railroads are also being asked to outline any changes in volumes they have seen in moving major commodities, including chemicals, coal, oil and other energy-related products, and how these traffic shifts have affected train speeds. The uptick in oil, frac sand and other commodities related to the domestic energy boom has overburdened some sections of the U.S. rail network, causing delays for grain and intermodal shippers. STB wants the railroads to pinpoint geographical areas, commodities or both that could hamper service.

“Stakeholders have raised recent concerns with the board about supply chain fluidity for coal, automobiles, ethanol and propane among other commodities,” Elliott said. “Your response should include a description of how your company anticipates working with customers to avoid or mitigate critical shortfalls of commodities during periods of heavy rail congestion.”

Each railroad is also being asked to summarize how much it has spent to improve service and expand capacity so far this year, and detail technology or operations changes that could “improve network fluidity and resilience in the face of continued service delays and severe winter weather.”

The STB also wants to know how railroads that have networks connecting in Chicago, the top U.S. freight hub, are working to avoid a service meltdown like that of last winter. The agency said it wanted to hear how fluidity in Chicago could be improved without have to spend more money.