US ports want ‘backstop’ on funds from harbor tax

US ports want ‘backstop’ on funds from harbor tax 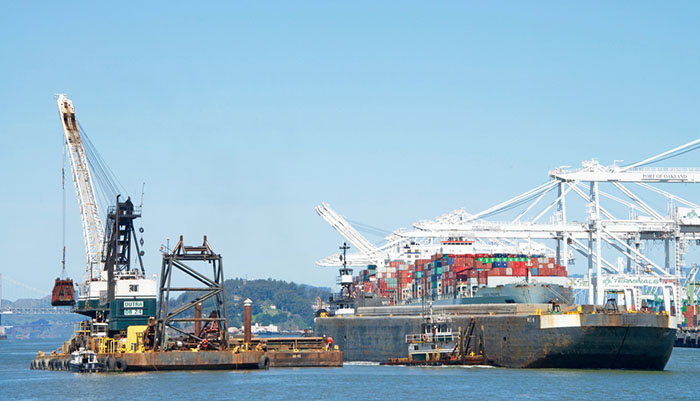 The US House and Senate each proposed different solutions to the problem of taxes for harbor maintenance being spent on other projects.

The American Association of Port Authorities is urging Congress to use this year’s water resources bill to protect ports from an unexpected drop in annual dredging funds generated by the tax that goes to the Harbor Maintenance Trust Fund.

For years, ports have pushed to ensure that all HMT collections are used for dredging and not diverted to other uses. The 2014 water resources development bill called for dredging appropriations from the HMT to rise gradually to 100 percent by 2025.

Ports were surprised to learn that during the next fiscal year, dredging appropriations from the HMT are expected to decline by $82 million, even though the percentage of HMT collections allocated for dredging will rise from 69 percent to 71 percent.

The forecast decline is due to an expected drop in fiscal 2017 collections from the HMT, which is levied at the rate of 0.125 percent of the value of waterborne imports and domestic cargoes.

The Senate-passed version of the latest water resources bill requires appropriations from the HMT increase by at least 3 percent a year. AAPA officials say the provision is designed as a “backstop” to continue progress toward eventual use of all HMT funds for their intended purpose.

“This fits with the intent of Congress in the 2014 bill,” AAPA President Kurt Nagle said at a Gulf Ports Association conference in Lake Charles, Louisiana. “When the 2014 bill was passed, nobody was thinking about the possibility that the appropriation might go down.”

Nagel said the AAPA is “cautiously optimistic” that the annual increase in funding from the HMT will be adopted in a conference committee that will work out differences between House and Senate versions of the water resources bill.

The Senate-passed plan also would raise the minimum depth required for a 50-50 federal and state split of dredging costs from 45 feet to 50 feet. This would address complaints by naturally deep ports and energy transfer ports that the HMT payments they generate exceed the benefits they receive.

The administration’s forecast decline in HMT collections during fiscal 2017 is blamed mainly on declines in prices of oil and other commodities.

Permalink Submitted by ferrullig@minds... on Oct 7, 2016 10:58AM EDT
The politicians prove again what a bunch of chumps we are (we, the American public and specifically those involved in international trade by ocean). For years shippers have paid literally Billions into a fund that was aimed at upgrading ports, yet we scramble to get into the 21st century with our outdated and aging ports falling further behind each year as Congress somehow manages to NOT fully fund the upgrading of ports. Where have the Billions gone to? Ask you favorite Congressman/woman.

Proposed HOS reforms would give US truckers relief