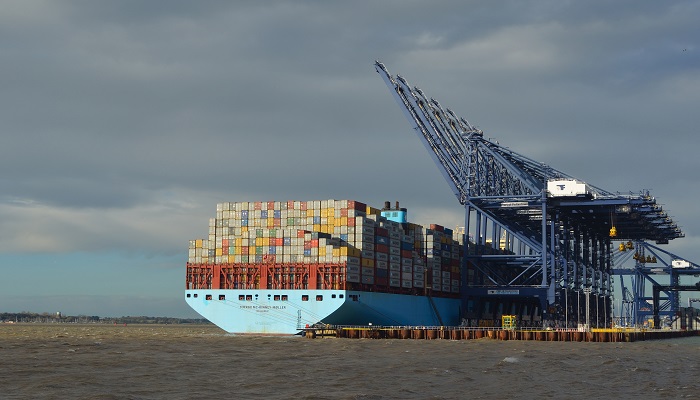 British transporters are aware the ground is shifting beneath them. Photo credit: Shutterstock.

LONDON – Ports, truckers, rail freight companies, and shippers on the European mainland are waking up to the potentially destabilizing impact on their operations of the UK’s looming departure from the European Union.

Until now, most attention regarding the impact of the United Kingdom leaving the EU customs union when it bows out of the bloc at the end of March 2019, has focused on the UK’s Brexit “divorce” bill, the rights of its EU residents, and the border between the Irish Republic and Northern Ireland, the UK’s only land link to the European Union.

To date, the transport sector has only occasionally captured Brexit headlines, including those warning of 10-mile and even up to 30-mile lines of trucks waiting to board ships at the port of Dover and board shuttle trains at the neighboring cross-channel tunnel, absent a new trade agreement. However, as Brussels and London begin the next phase of talks — starting with the post-Brexit transition this month and hopefully moving on to a future trade relationship in March — the transport sector becomes more relevant, and the potential impact on the economy more tangible, as the deadline nears.

Transport figures in European Commission documents are advising firms to prepare for the United Kingdom becoming a “third country” when it leaves the European Union. The EU’s mutual recognition of seafarers will no longer apply to the United Kingdom, neither will its rules on road transport, and the UK’s certificates of professional trucker competence will not be valid in the EU’s remaining 27 member states. Also, the United Kingdom will no longer be a member of the EU’s single aviation market, the EU executive warned.

British transporters are aware the ground is shifting beneath them. “[The year] 2018 will be a critical year for UK ports as by the end of the year we should know what Brexit will look like,” said Richard Ballantyne, chief executive of the British Ports Association.

“Of course there will be opportunities post-Brexit, but from our perspective the government appears to have lost sight of many of these,” he added.

European ports that rely heavily on trade with the United Kingdom also feel they and their clients are being sidelined in the Brexit talks and are putting pressure on their governments to stand up for their interests, even if it rattles the Brussels negotiators who are pursuing a unified EU approach.

Transport will be hardest hit in the UK’s leading European trade partners — which are the countries with the most to lose in the wake of Brexit.

The UK import table is topped by Germany, with goods worth £51.4 billion ($71 billion) in the first three quarters of 2017, and the Netherlands is ranked fourth at £29 billion, just slightly behind second- and third-placed United States and China at £30.9 billion and £30.4 billion, respectively.

Germany was the UK’s second largest export market, worth £27.1 billion, trailing the United States at £34.2 billion, followed by France at £18.7 billion, the Netherlands at £15.5 billion, and Ireland at £13.8 billion.

French President Emmanuel Macron has come under growing pressure from politicians in the northern Hauts-de-France, one of the country’s poorest regions that is home to its leading roll-on/roll-off (ro-ro) port, Calais, and its third-largest general cargo hub, Dunkirk, to protect their interests.

Calais has said it may have to rethink a planned 800 million euro ($980 billion) project to double its capacity if, as expected, the United Kingdom opts for a "hard" Brexit, involving an exit from the EU single market and its customs union.

The port is expected to feature in a summit meeting between Macron and British Prime Minister Theresa May on Thursday after the French president this week singled out logistics, industry, and fishing as the sectors in the region that will be most affected by Brexit. Macron also suggested Hauts-de-France and its ports could get a special place in the Brexit negotiations getting under way in neighboring Brussels.

Meanwhile, the Port of Rotterdam also faces customs disruption from Brexit as the United Kingdom is its leading ro-ro destination. And it could lose some business too, as up to half of Dutch exports to the United Kingdom are estimated to come from non-EU countries and will have to go through two, separate, post-Brexit border checks — first in Rotterdam and then in the United Kingdom. This will probably divert some of the traffic onto direct services to British ports.

This explains why the Netherlands is said to have agreed with Spain to back a “soft” Brexit that would see the United Kingdom remain in the EU single market and/or its customs union in a deal similar to Norway’s relationship with the European Union.

Zeebrugge is even more exposed to Brexit with Belgium’s second-largest port, relying on the United Kingdom for about 45 percent of its traffic, including more than 1 million of the 2.8 million cars it handles every year. The port’s CEO Joachim Coens has expressed fears that import duties, different regulations, and the sterling/euro exchange rate in the wake of a "hard" Brexit would lead to “drastically diminishing” trade. But, he admitted “the rest of Europe might not be that concerned.”

Although there has been plenty of horror talk about drastic disruption at Dover, it is the European Union that will suffer more than the United Kingdom from Brexit. The two hundred or so trains per day transporting trucks through the channel tunnel that carry more than 116 billion euros of goods per year account for about 25 percent of UK exports to the European Union, but 62 percent of its imports from the bloc. “Any kind of disruption to fluid movement [of transport through the tunnel] is going to cause a blockage, which will paralyze all of the supplier countries in Europe,” Jacques Gounon, CEO of Eurotunnel, told the European Parliament’s Committee on Transport and Tourism.

Irish shippers, who send about two-thirds of their exports to Europe via the border-free landbridge across the United Kingdom and through the channel tunnel or on ro-ro vessels, are also eyeing new routes, in case Brexit negotiators fail to deliver a transport-friendly agreement. Ireland and Spain will be linked by a direct shipping service for the first time in April when Brittany Ferries, a French ro-ro operator, launches a service between Cork and Santander. The company is also adding an extra weekly service to the French port of Roscoff.

Ironically, the growing threat to the transport sector coincides with a resurgent EU economy and a less-than-forecast negative Brexit impact on UK business. Germany’s economy, the EU’s largest, grew at the fastest rate last year since 2011; Greece, its weakest economy, posted its best performance for almost a decade and the eurozone’s business confidence hit its highest level since 2000, as its factory output grew at the fastest rate in December since the single currency began circulation in 2002; and the UK’s manufacturing sector grew for the seventh consecutive month in November, thanks to a strong global economy and a competitive currency.

The aforementioned positive macro trend is boosting the transport sector, including companies that face the biggest potential threat from Brexit. P&O Ferries, of the United Kingdom, whose 20 ships carry about 2.2 million freight units per year, posted record traffic on the Dover-Calais route in 2017 and on its Tilbury-Zeebrugge service, prompting its head of freight Nick Pank to claim it could rival Calais-Dover as a UK gateway within 10 years. DFDS, the Danish ro-ro line, is expecting traffic to grow on its Dover-Dunkirk route despite Brexit.

UK ports and airports that focus mainly on non-EU trade are on a roll too. Southampton, a leading container hub, is heading for another record-breaking year, according to its chief executive Alastair Welch, and London Heathrow airport outpaced its major European rivals Frankfurt, Paris Charles de Gaulle, and Amsterdam in 2017 with traffic increasing 10.2 percent to 1.7 million tonnes, driven by the fast-growing US, Japan, and Hong Kong markets.

Some UK ports have things other than Brexit to worry about, including London Gateway, which is losing an Asia-Europe service, due to a change in the network of THE Alliance, a container shipping partnership.

Rotterdam is not too unnerved about Brexit right now either, with traffic trending higher, particularly containers, which jumped by 10.1 percent in the first nine months of 2017 to 10.2 million TEU. And even as Dunkirk frets over Brexit’s impact on its ro-ro business, it has decided to go ahead with the expansion of its container terminal following a 10 percent rise in traffic last year to 364,000 TEU.

The European transport industry, particularly its northern ports and short-sea shipping lines, are basking in the good times.

But Brexit could change all that for the most exposed operators, if London and Brussels cannot hammer out a business-friendly deal.