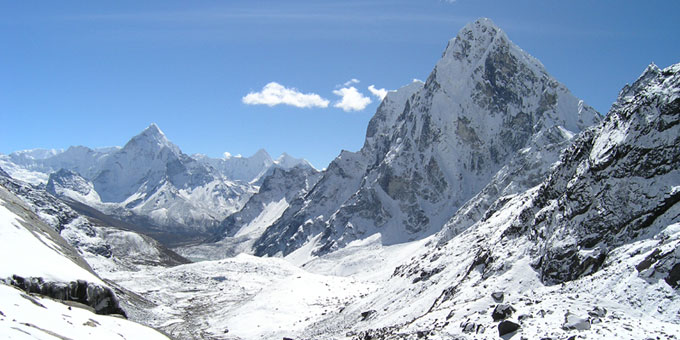 The Himalayas form a barrier between Nepal and China that is more than 6,700 yards high.

Nepal will be given access to China’s Bohai Rim port of Tianjin in an agreement signed in Beijing this week, allowing the landlocked mountain republic to break its near total dependence on trade routes through India.

Almost 98 percent of Nepal’s trade uses India transit routes and the country is trying to source trade alternatives to cut this dependence, a situation highlighted during a five-month blockade of the southern border during protests over a new Nepalese constitution last year. The country was forced to airlift supplies after running desperately short of fuel, medicine and food. Most of the fuel was supplied by China, breaking a decades-long control of fuel sales to Nepal by India.

With the Himalayan mountain range forming an imposing barrier to the north there is only one major road out of capital Kathmandu, linking with roads across Tibet before continuing north to Tianjin. But it is more than 2,000 miles in a straight line to the north China port, four times the distance required to reach the east India port of Haldia.

The challenge presented by the world’s tallest mountains cannot be understated. The average height of the mountains between Nepal and China is 6,700 yards and they are mostly covered in snow all year round, making the laying of rail tracks all but impossible. By contrast, routes across India are across flat plains and there are more than 20 border crossings between the two countries.

China has been aggressively expanding its rail network in Tibet and has plans to connect a rail line to the Nepalese border. While it will go no further, it will meet the road from Nepalese capital Kathmandu and allow the Himalayan nation to link with major manufacturing centres in Central China, such as Chongqing and Chengdu. Nepal has been studying the viability of a rail cargo route from Kathmandu to the Chinese border since 2014, but no official announcement has been made.

Tianjin will not be able to replace Indian gateways, but it will allow Nepal to build up its foreign trade with China. The value of total trade between the two countries tumbled more than 60 percent to $851 million in 2015, according to IHS Global Trade Atlas. In the first two months of this year trade reached 87 million, a slow start compared to the same period last year.

How to Improve OTIF: 15 Tips for On Time and In Full Delivery
END_OF_DOCUMENT_TOKEN_TO_BE_REPLACED