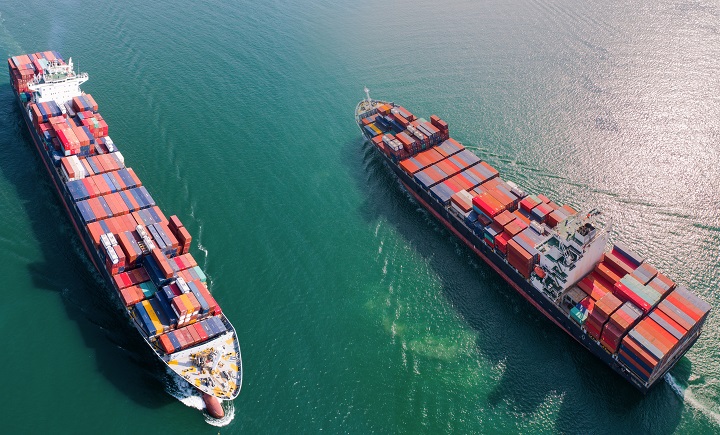 The World Shipping Council, which represents the container shipping industry, said the paper by the OECD’s International Transport Forum that wants the European Commission’s block exemption for container shipping lines to end without renewal in April 2020 demonstrated “a fundamental misunderstanding” of how the consortia block exemption works. Photo credit: Shutterstock.com.

In a lengthy report titled “The Impact of Alliances in Container Shipping,” the intergovernmental ITF detailed how the three major alliances — 2M, Ocean, and THE Alliance — represented about 80 percent of overall container trade and operated 95 percent of the total ship capacity on east-west trade lanes where the major containerized flows occurred.

This, the ITF noted, raised competition concerns in what has become a concentrated market. The market share of the biggest carrier, at 19 percent, was larger than the market share of any global liner alliance before 2012, which the ITF said signified the different character of current alliances.

“The first generations of alliances allowed smaller carriers to achieve economies of scale, based on complementarity between them, and as such increased shipping options,” the ITF report said. “The current three alliances are not serving the smaller carriers but each brings together two to three very large carriers that would be able to offer most of their services outside an alliance.”

However, the WSC said in a statement that while it was still reviewing the extensive report, the ITF was wrong to combine a focus on the major alliances with a recommendation regarding an end to the EU consortia block exemption regulation.

“Specifically, because of various aspects of the major alliances, they are subject to self-assessment by their members to ensure competition law compliance; the EU block exemption simply does not apply to these arrangements in most cases,” the WSC said in a statement.

The WSC said the ITF’s paper essentially ignored the numerous vessel-sharing agreements (VSAs) that were not part of alliances and that provided regular, often unique, services to shippers.

“It is these VSAs for which the EU block exemption regulation provides increased legal certainty, reduced compliance costs, and greater ability to respond to market demands,” the WSC said.

“The fact that the ITF paper calls for repeal of the EU consortia regulation based on a discussion of alliances that do not fall within that regulation, while the paper ignores the [VSAs] that do fall within the regulation, makes the work ill-suited to the task for which it was apparently designed.”

The EC has granted container shipping lines exemption from anti-trust law since 1995 through consortia block exemption regulation, but the rules were substantially revised after the EC outlawed the Far Eastern Freight Conference 10 years ago. Since 2010 the block exemption has been renewed twice and the current regulation will end in April 2020.

Shippers are unhappy with the market concentration of carriers within the alliances, but they are also puzzled over why the shipping lines want to be grouped together with their peers. At JOC’s recent conferences in Hamburg (Container Trade Europe in September) and Shenzhen (TPM Asia 2018 in October), shippers were quick to point out that the alliances have neither improved carrier profitability nor schedule reliability, with some of the worst on-time performance in years currently being reported.

Service levels of container shipping lines fell to woeful levels through the peak season, with September’s schedule reliability tumbling to the mid-50 percent level on Asia-Europe and into the 40 percent range on the trans-Pacific.

Canada Trade and Shipping Outlook
TPM22: What We Learned — Container Shipping in the Crosshairs
Managing E-Commerce From Order to Delivery and Beyond
END_OF_DOCUMENT_TOKEN_TO_BE_REPLACED