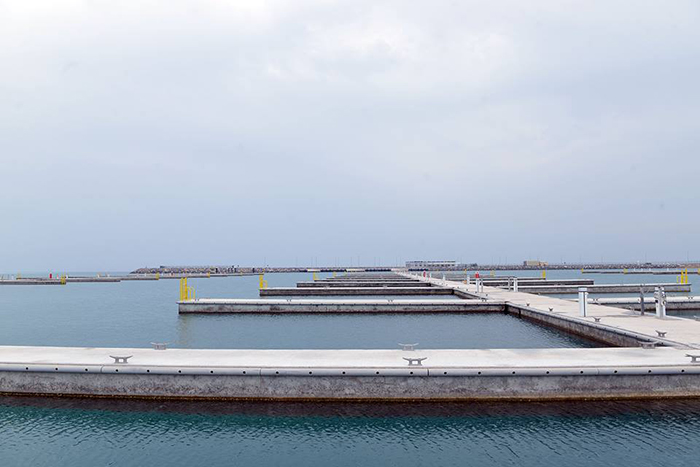 Abu Dhabi Ports Company (ADPC) has expanded its operations in the Persian Gulf region with a new multi-purpose maritime facility on Delma Island, approximately 25 miles off the coast of Abu Dhabi and about 70 miles from Doha, United Arab Emirates.

Inaugurating the 170-million-dirham (about $46 million) project earlier this month, the Emirate ruler’s representatives in the Al Dhafra region said the Delma port is “in line with the Abu Dhabi Plan that calls for an effective transportation system to serve the community and economy, with an emphasis on the development of sustainable sea transport.”

The statement also said the project, capable of handling cargo, passenger ferries and ﬁshing vessels, is part of ongoing government efforts to position Abu Dhabi as a global maritime and economic hub.

Delma Island is situated between Qatar and the United Arab Emirates, which are currently locked in a diplomatic dispute.

The new harbor spans 280,725 square meters, with 58,500 square meters of pavement for easy transport, a 103-meter (338 feet) quay wall, and associated infrastructure for berthing of ferry vessels, according to the announcement.

ADPC said the fact that the Delma project was commissioned in a "record time" further reinforces its port development competitiveness.

The Delma port launch follows on the heels of ADPC snapping a 35-year concession contract to upgrade, manage, and operate the Fujairah port. Seemingly designed to tap transshipment traffic to and from the Indian Subcontinent, the modernization plan will allow the port to handle 1 million TEU and 700,000 tons of general cargo by 2030.

In the meantime, ADPC is betting big on its flagship Khalifa Port with further expansion, including a contract with Chinese developer Cosco Shipping Ports to build a new terminal with a capacity to handle 2.4 million TEU. The expansion includes dredging the port’s fairway to 18 meters from 16 metres at present, and port has added new equipment, including three ship-to-shore cranes and 10 automated stacking cranes.

ADPC is also repurposing the Zayed port, Abu Dhabi’s oldest commercial port, for other uses, including ship repairs and roll-on, roll-off operations, after all container movements shifted to Khalifa.

These developments come as competing terminals in the region are adding new capacity to grab larger shares of the Gulf’s booming logistics pie. Capacity at DP World’s Jebel Ali is set to reach 21 million TEU by 2018 following completion of its Terminal 3 and Phase I of its Container Terminal 4 projects, while Qatar’s Hamad Port, being developed as an alternative to the congested Doha port, will have an annual capacity of 6 million TEU at full build-out.