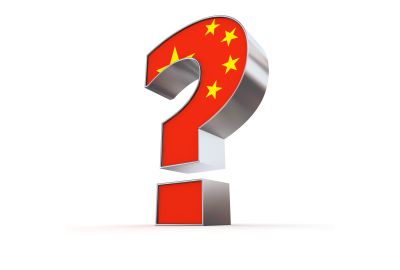 Forwarders shipping goods via Shanghai are trying to decipher China Customs’ 24-Hour Advance Manifest (CCAM) regulations that either were implemented on June 3, will be implemented on June 28 or July 1, or will be strictly enforced from October 1, depending on the source.

The CCAM regulations appear to apply to all containerized cargo discharged or transhipped in Shanghai, which will be the pilot city for a rule that will be expanded to all ports once the implementation has been smoothed out.

According to DB Schenker, China Customs head office in Beijing ordered all Chinese ports to implement a new CCAM system that will be effective from July 1.

“Unfortunately, there is still no useful official publication or statement available which we can use or show to determine what exactly is required, by whom and when,” the German forwarder said in a note to its customers. “As far as the Chinese authorities are concerned, everything that is needed has been communicated and published already.”

DB Schenker said no official notice has been released on the enforcement of the regulations. “However, actions from China customs indicate stricter enforcement to commence as of October 1. From that date onwards, shipments that have no approval or receive a ‘do not load’ notice from Chinese customs can’t be loaded on any vessel calling China.”

Container line OOCL said in a statement that if the submission of the advance manifest is rejected, it will be placed on a manual review list at Shanghai Customs House that will incur penalties and delays. The statement said the line had been informed by customs authorities that the regulations would be “strictly” enforced from June 3 and apply to all cargo discharged or transhipped at Shanghai port.

As far as Kuehne + Nagel understands it, the new rule means customs will require 24-hour advanced filing of the bill of lading and cargo details for all cargo from June 28. Shanghai Customs will be the first station to implement the regulation, the Swiss forwarder stated in a note to customers.

“We anticipate that all other ports in China will implement CCAM rules in the near future,” its statement said. The forwarder told customers the ruling will apply to all cargo that is discharged or transhipped in Shanghai, but freight remaining on board will not be required to submit CCAM information.

A spokesman for Agility said the company does not anticipate any problems with the new CCAM ruling, while Kerry Logistics said it had been notified of the regulations but is not yet sure what the impact will be.

One definite impact is that the ruling will add to shipper costs. Shipping lines have begun advising the market that from July 1 they will charge $30 per bill of lading for advance manifest filings, and $40 for any amendments.

There are also concerns over electronic submission of the advance data, and how the ruling applies to less-than-containerload (LCL) cargo. The CCAM considers the freight forwarder to be the “master loader,” which means it is up to the forwarder to submit CCAM data to China customs.

However, the only parties authorized to submit CCAM data to the customs IT system are eight officially appointed bonded warehouse operators in Shanghai. Only one offers an EDI service that would enable forwarders to submit secure manifest data to the operator’s proprietary system that could then be passed on to customs. The other seven merely offer a weblink for uploading data.

DB Schenker told its customers it expects the technical capabilities and standards of transmitting data via EDI into customs systems will change over the coming months, including the granting of direct EDI authorization to a broader group of agents.

LCL cargo is also suffering from this lack of clarity. With no clear guidelines, DB Schenker said it is proceeding under the assumption that the advance manifest data for LCL cargo will only be required and enforced for containers offloaded in Shanghai.

“We are still investigating details and therefore current operational requirements do not change –– for now,” customers were told.