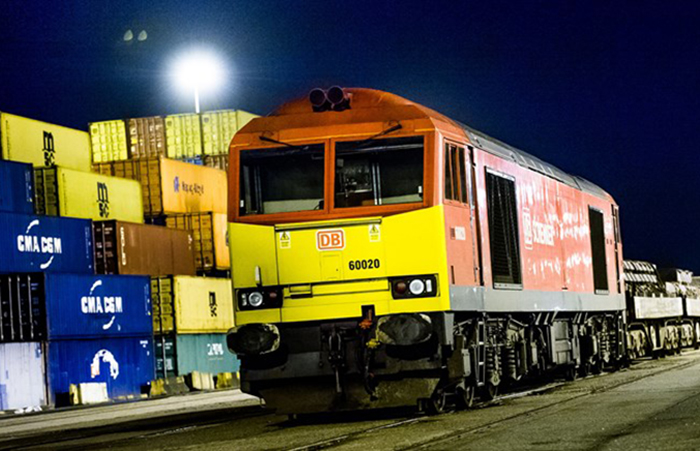 The United Kingdom’s leading rail freight company, DB Cargo UK, is in talks with union leaders to avert a crippling strike, even as the country struggles with its untidy exit from the European Union.

Workers from the Transport Salaried Staffs' Association (TSSA) are in a dispute with DB Cargo UK, a subsidiary of German state-owned parent Deutsche Bahn, over the union rights of members being transferred to a new joint venture (JV) recently set up with haulage company Maritime Transport Group.

DB Cargo UK has a British rail market share of about 50 percent and runs extensive services through the Eurotunnel into Europe, so any strike action would have a significant impact on the country’s rail freight operations.

But the TSSA wants the union rights of its members to be transferred with them to the new JV company and is deadlocked in negotiations with management. TSSA is planning to ballot its members on national strike action after what it called “a complete breakdown in industrial relations” with DB Cargo UK.

Manuel Cortes, TSSA general secretary, said he has held "constructive talks" with the CEO of DB Cargo, Hans-Georg Werner, to try to avert a damaging strike that he said would bring UK rail freight to a standstill.

A spokesman for DB Cargo UK told JOC.com that regarding new contracts with Maritime Transport Ltd., “We have consulted with TSSA and complied fully with all our obligations under the TUPE regulations.” Transfer of Undertakings (TUPE) laws preserve employees terms and conditions of employment in the UK should they be transferred to a new employer.

The two sides have agreed to continue discussions over the coming days, but TSSA said its position was clear and unwavering.

“We are preparing to take our protest all the way to the Bundestag [German parliament], working through our international affiliations to get support from German unions and MPs [members of parliament] for our members,” said Cortes. “No one wants to see Britain’s freight network grind to a halt, especially in these uncertain times dominated by Brexit. However, this dispute raises just such a specter.”

A national strike at the market leading rail freight provider will not make dealing with a no-deal Brexit any easier.

Today, March 29, was the date the UK was scheduled to leave the EU, but that date has now been extended to April 12 to give the UK more time to get a withdrawal agreement through its parliament. However, there remains complete uncertainty over what form Brexit will take, and businesses and logistics service providers have for months been advising their customers to prepare supply chains for leaving the EU without a deal.

Lack of approval on a deal will trigger what is known as a "hard Brexit," where the UK will immediately leave the EU, at the same time withdrawing from the European Customs Union. Should that happen, all UK imports and exports will require customs inspection.

Shippers and forwarders on both sides of the Channel warn that even customs checks that can be measured in minutes will create huge bottlenecks at the ferry ports of Calais in France and Dover in the UK. The EU is the UK’s largest trading partner, accounting for 44 percent of its exports and 53 percent of all British imports.

John Williams, executive chairman of Maritime Transport, said, “Over the four [dedicated rail] services alone, more than 32 million miles will be taken off the UK road network each year, reducing both congestion and carbon dioxide emissions.”

Werner said the deal would allow the efficient and reliable running of rail freight services while giving Maritime Transport the platform to offer customers additional capacity to move container traffic.

“Intermodal is the fastest growing freight market, yet our terminals were under-utilized,” Werner said. “Maritime [Transport] is a very successful logistics business and has the volumes and desire to turn these assets into sustainable and profitable distribution centers.”

Financial figures have not been disclosed, but Maritime Intermodal said it was committed to significant investment in both equipment and groundworks at the two DB Cargo UK terminal sites it will operate, improving terminal turnaround times and increasing container storage capacity. The terminals will remain open-access to both intermodal and non-intermodal services. Existing services will be retained, and Maritime Intermodal will seek additional services to grow its UK intermodal offering.