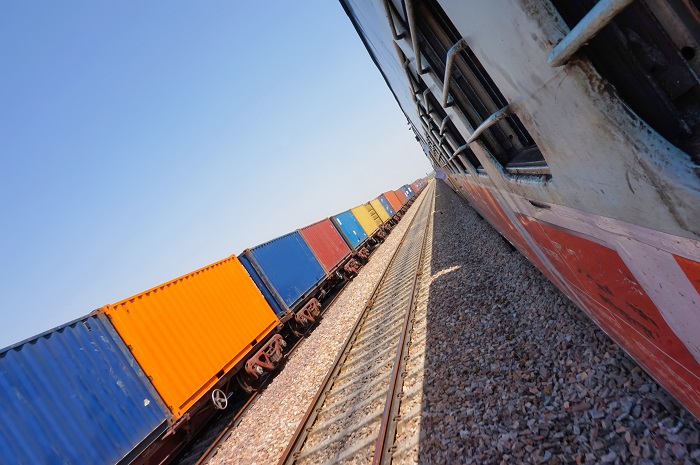 A new study by radio-frequency identification services provider DMICDC Logistics Data Services (DLDS) found that Mundra’s exports by train shrank to 33 percent in February, down from 50 percent during September to October last year. Further, a moderate downtrend is also visible on the import front, with that share down to 20 percent from 22 percent, respectively.

Even more telling is the fact that this steady slide occurs as competition in the region entered a new phase, with PSA Internationals opening a 2.4 million TEU facility in JNPT at the start of February.

While Adani Group-owned Mundra has added more train services via state-owned rail operator Container Corporation of India and set up logistics sites at new locations to drum up hinterland shipper support, those changing traffic patterns could be an indication that rail reliability continues to cause concern to many shippers, although rail pricing favors Mundra over JNPT.

Despite a raft of trade incentive plans, including equalized rates for train and truck handling, JNPT has also been struggling to make any headway in its road-to-rail freight conversion efforts, and new DLDS findings amplify JOC.com’s previous analysis to that effect.

On the export side, JNPT’s monthly rail share decreased to 12 percent in February, from an average of 15 percent during September to October last year. Its volume of railed imports also fell considerably over the past months, to 13 percent in February from a respectable 19 percent at the end of last year.

The report also shows Mundra’s average rail share for exports in September to February was 34 percent, and for imports it was at 20 percent. In contrast, JNPT had an average of 13 percent and 16 percent, respectively, in the six-month period.

For Indian shippers, trucking is historically the preferred mode of transportation to and from the interior, even on long distances. That trend is unlikely to change drastically in the near future, given the severe bottlenecks that delay cargo.

Although major, public ports have attracted sizeable private investments for the development of cargo handling facilities during the past two decades, the country’s road, rail, and inland waterway systems have suffered from years of neglect and underinvestment, creating lengthy freight delays and heavy, extra logistics costs.

However, the establishment of a special-purpose company — Indian Port Rail Corporation Ltd. (IPRCL) — involving equity participation from major ports and Indian Railways — is expected to provide a silver lining to some of shippers’ frustrations with supply chain hurdles. IPRCL has already been awarded an array of rail contracts, involving billions of dollars in investment, for projects over the coming years.

At JNPT, those include an integrated common rail yard for all terminals at an investment of Rs. 1,117.03 crore (about $171 million); a new rail link to PSA’s Bharat Mumbai Container Terminals (BMCT); and a third rail corridor between JNPT and the Jasai rail station.

The northwestern corridor is the main contributor to Indian container trade, and the recent inter-terminal rail transfer imbroglio between newcomer BMCT and other private terminals at JNPT cost the trade dearly. A recent update issued by PSA India, however, reflected supply chain improvements at the country’s top port.

“This new service is an example of our commitment to strengthen port-hinterland connectivity to facilitate ease of doing business, enhance efficiency in the supply chain, and to introduce tailor-made solutions to support the strategic growth ambitions of our customers,” Chandrashekhar Pitre, regional head of commercial/marketing at DP World Subcontinent, told JOC.com.

The Loni-Mahan operation complements CRRS’s recent rail expansion throughout the country, as part of what the Dubai-based group called “looking beyond the terminal gates.”

JNPT and Mundra, which compete for west coast market share, together represent the vast majority of India's container trade.

US intermodal growth will likely slow later in 2021