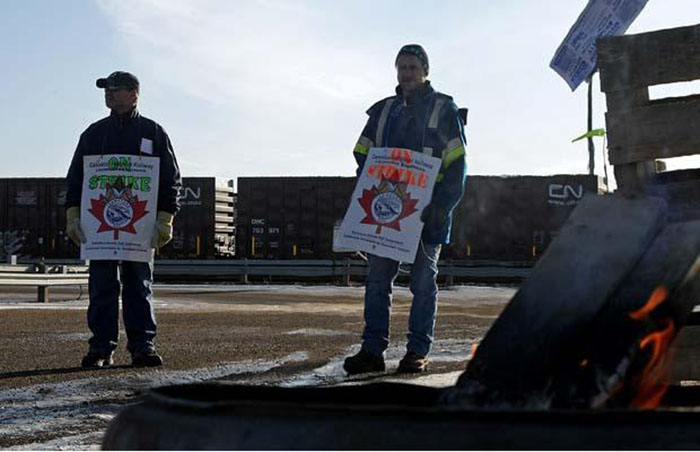 The union representing 3,000 conductors and yard workers on Saturday gave the largest Canadian railroad a 72-hour strike notice to begin striking at 4 a.m. Tuesday. TCRC said the railroad is seeking concessions from its members even though the railroad has posted robust profit every year of the three-year agreement. CN said Saturday it continues to negotiate in good faith with the help of a federally-appointed mediator to avoid the strike.

“We are also offering to resolve our differences through binding arbitration with a neutral arbitrator,” Mike Cory, executive vice-president and chief operating officer of CN, “We remain optimistic that we can reach an agreement without a labor disruption."

The union and CN reached a last-minute agreement in February 2014, averting a threatened strike. CN serves the Canadian ports of Prince Rupert, Vancouver, Halifax, and Montreal, which are connected to the US portion of its network, stretching through Chicago and down to Mobile and New Orleans.