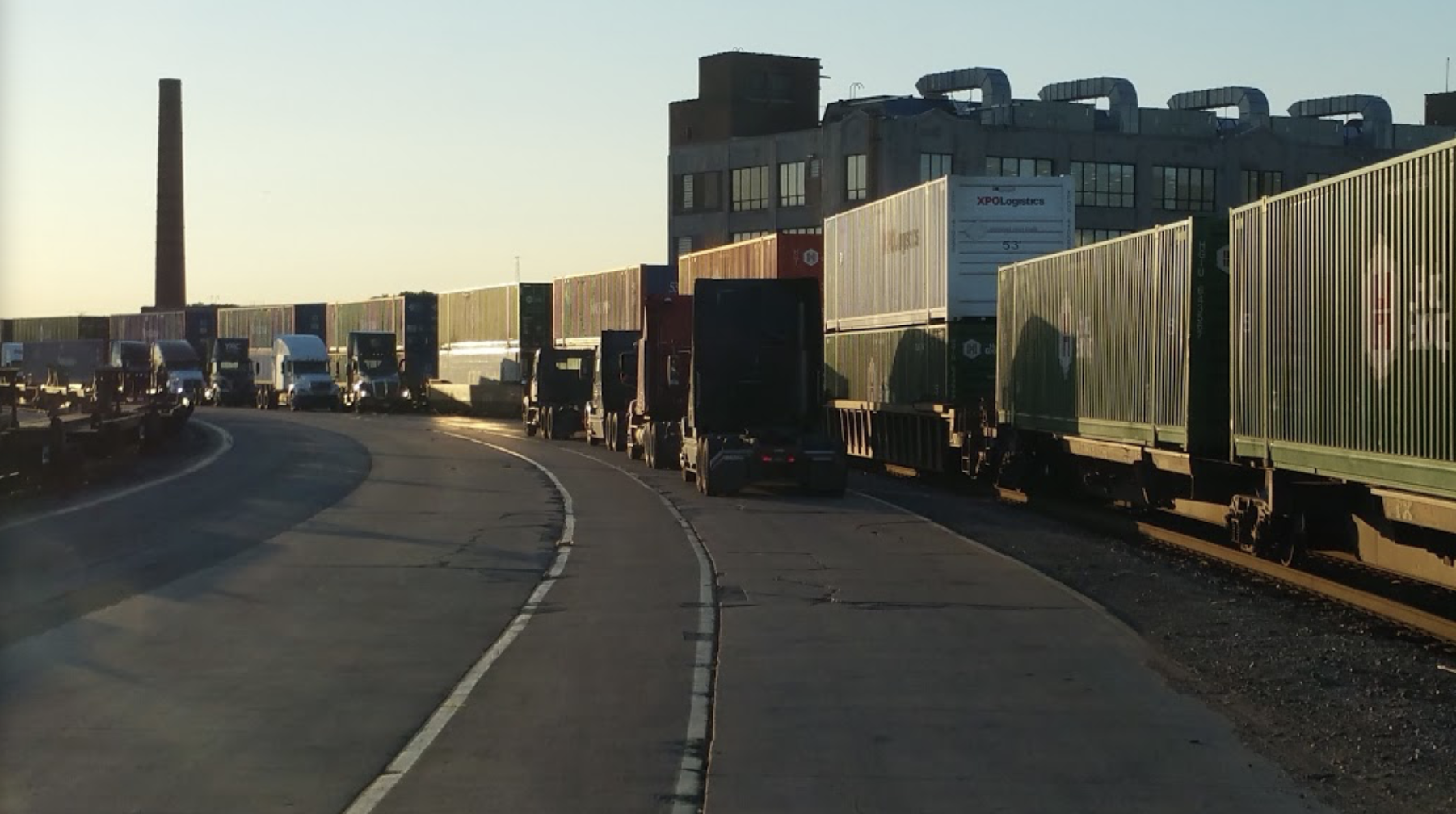 Union Pacific is running short on well cars in Chicago to carry double-stack containers, so trucks are prohibited from bringing in boxes through Sunday. Photo credit: Shutterstock.com.

Union Pacific Railroad is prohibiting trucks from bringing containers into three Chicago-area terminals until Sunday because of a lack of well cars, sending a warning to cargo owners of potential shipment delays and frustrating intermodal marketing companies (IMCs).

The move comes three weeks after BNSF Railway suffered from a similar shortage. IMCs told JOC.com this is the latest in what they consider the worst rail service since 2014, when a polar vortex paralyzed Chicago rail yards for months.

The embargo doesn’t apply to a trucker going into a terminal to pick up a box, known as “outgating,” but returning empties or dropping loaded containers — “ingating” — is prohibited in UP’s Global I and II terminals. An embargo is also in effect in the Global IV terminal, except for containers bound for Mesquite, Texas, and Houston. Global III is operating normally.

BNSF Railway issued a similar embargo for Logistics Park Chicago on Feb. 22 due to a lack of well cars. Just like chassis link containers to trucks, cars connect containers to trains. Well cars are preferable to flat cars because they are more stable due to a lower center of gravity and allow for double-stacking of containers.

It’s been a difficult three months for freight railroads in Chicago. Even though service in Chicago was poor in 2018 with gate restrictions, this year has been worse, according to IMCs. UP and BN were overwhelmed with cargo in January, causing BCOs to pay thousands in demurrage at Global IV when Consolidated Chassis Management ran out of chassis, and truckers had to be diverted from Logistics Park Chicago. CSX Transportation rolled out a trucker appointment system for the 59th Street terminal in January that has run into some hiccups, according to truckers.

Weather is a factor for the second consecutive year, as a polar vortex ripped through Chicago in the midst of the January surge, and now blizzard conditions in Colorado and Wyoming and flooding in Iowa and Nebraska are affecting rail schedule reliability.

“To offset the car supply deficit, Union Pacific is currently working to position well cars into Chicago from the southern portion of our network,” UP said in its advisory. “Customers can assist by outgating dwelling traffic at all Chicago area terminals as soon as possible.”

Although gate restrictions occurred last winter, IMCs say they cannot recall a time when embargoes were issued in Chicago due to inclement weather in other regions of the US.

“There are no weather issues in Chicago, it’s problems in other parts of the network so they’re shutting off an origin point. This a new thing I haven’t seen before,” said an intermodal director in the Southeast.

Volume not to blame

Perhaps most troubling for shippers is that this is happening during a lull in volume after the Chinese New Year.

The number of cars available to carry containers isn’t down since Week 5; it’s actually up. BNSF’s intermodal car total climbed 6.2 percent and UP’s rose 7.7 percent compared with 2018, according to weekly data submitted to the American Association of Railroads.

Regardless of the cause, however, the shortages will cost BCOs time and money.

Ocean carriers may charge per diem penalties to importers, even if it’s impossible to return the container. Exporters may miss their vessels because there is no way to move their containers into port. Unless there is a quick resolution on Sunday, shippers may also have to book drayage to another rail ramp or use for-hire truckload to haul domestic and international freight.