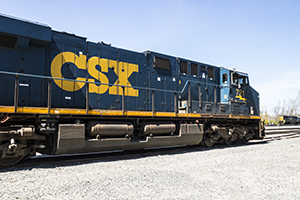 CSX Transportation is a U.S. Class I railroad serving major markets in the eastern United States with a rail network of 21,000 route miles in 23 states, the District of Columbia, and the Canadian provinces of Ontario and Quebec.The company has more than 31,000 employees and provides rail-based transportation services including traditional rail service and the transport of intermodal containers and trailers.

Parcel vs. LTL: Managing Big and Bulky Shipments Without Breaking the Bank
Global Shipping Outlook: What Will 2022 Hold?
Port Performance North America: When Will the Bottlenecks Ease?
END_OF_DOCUMENT_TOKEN_TO_BE_REPLACED 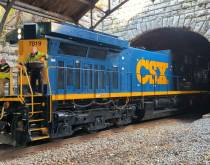 29 Nov 2021
Construction has begun that would allow double-stack trains between Baltimore and Midwest cities such as Chicago, a major step in the Port of Baltimore’s effort to build its intermodal profile with shippers.
MORE »

CSX to eliminate about 300 more intermodal lanes in 2019
05 Oct 2018
The announcement is yet another decision to condense CSX’s vast intermodal network into precision scheduled railroading.

CSX tries to drive Ohio hub volume with BNSF interline service
02 Oct 2018
It’s the latest move in a shifting vision at CSX for the terminal, which the railroad hopes to make a central hub for Ohio freight but also includes logistical challenges for shippers and truckers.

CSX alters interline service with BNSF
15 Aug 2018
These are relatively minor changes in destination terminals and don’t eliminate any existing service, although it will require some decisions on how to route cargo for the best price.

Are US railroads missing out on intermodal volume?
09 Aug 2018
In an era in which considerable, new intermodal business is there, US railroads argue they need to balance the interests of investors and shippers. Shippers argue there hasn’t been a balance.

More CSX intermodal changes to test shippers, Harrison’s legacy
27 Jul 2018
Although CSX’s new CEO is a follower of the late, great E. Hunter Harrison’s precision railroading, there are reasons shippers should look for a softer approach to their concerns.

Port of Charleston, railroads extend gate hours
18 May 2018
The Port of Charleston and CSX Transportation and Norfolk Southern Railway have extended their terminal hours owing to emergency cable repairs on the James B. Edwards Bridge over the Wando River, but beneficial cargo owners should expect longer transit times during the next four weeks.

US Southeast ports expand intermodal rail reach
18 Apr 2018
US Southeast ports are expanding inland, giving beneficial cargo owners in the Carolinas, Georgia, Florida, Alabama, Tennessee, Kentucky, and other areas an intermodal opportunity to avoid the long, expensive dray to a port city — a significant option in a capacity-short US truck transport market.

CSX resumes full operations at Chicago terminal
14 Mar 2018
CSX service returns back to normal at the 59th Street terminal in what is a rough winter for shippers.

CSX suspends Chicago 59th Street Yard inbound traffic
08 Mar 2018
Shippers will face more delays sending freight out of Chicago. CSX Transportation is overwhelmed with outbound freight and will not accept containers being dropped off at the 59th Street terminal through March 12.

NY-NJ port grapples with rail delays
24 Jan 2018
The authority sent a missive to port users outlining the problem and said that it is working with CSX Transportation and Norfolk Southern Railway to clear the rail backlog.

CSX: Network trims will improve service
17 Jan 2018
Service metrics are improving, but can CSX win back shipper trust while sticking to its late CEO's plan for precision scheduled railroading?

New York backs upstate inland port
18 Dec 2017
Shippers in the vicinity of the port could save hundreds of dollars to move goods through the Port of New York and New Jersey.

Spotlight now on CSX's Foote to soothe shippers
18 Dec 2017
Acting CEO James Foote may have to reach out to disgruntled shippers in executing the late Hunter Harrison’s precision railroading strategy.

Foote to be CSX acting CEO during Harrison leave
15 Dec 2017
CSX said Harrison is taking a leave due to unexpected complications from a recent illness.

US Southeast shippers grapple with post-Irma rail delays
13 Sep 2017
Primary rail providers have said they are metering cargo even for routes that are operating normally.

Southeast US ports shuttering as Irma barrels down
07 Sep 2017
Ports from Miami to Charleston now lie in the Category 5 storm’s projected path.

CSX risks losing volume, pricing power on service woes
22 Aug 2017
Since March, parcel giant UPS has shifted at least some of its cargo from CSX to NS.

Baltimore port’s ambition to feed Midwest hinges on tunnel project
04 May 2017
Currently, westbound trains can only be single-stacked because of the height limitations of the 121-year-old, 1.7-mile long Howard Street Tunnel.