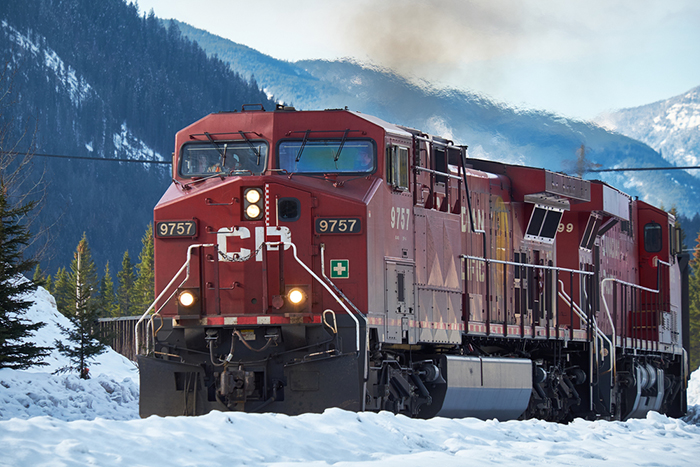 A proxy war has been all but declared, analysts say, after Canadian Pacific Railway announced Wednesday it had upped its hostile bid for Norfolk Southern Railway by some $3.4 billion.

It’s the second time the Calgary-based railroad has attempted to sweeten the pot after NS shareholders called CP’s first two offers “grossly inadequate” and CP CEO E. Hunter Harrison has shown less and less patience with a reluctant NS board.

“If this is going to be a street fight, so be it,” Harrison said on a conference call to discuss the revised proposal Wednesday.

Harrison said he was leaving the deal in the hands of the NS shareholders, and urged the railway’s board to consider his latest proposal even as skeptics continue to question whether a 21st century merger could gain U.S. regulatory approval.

"The only way it's going to happen is if you show support for this transaction," Harrison said. "If you don't want it to happen all you've got to do is tell us."

The primary difference between the latest bid and CP’s second proposal is the addition of a contingent value right, or CVR, in a new holding company for CP and NS that could be converted to cash and would increase the value of the deal up to $3.4 billion.

“Broadly speaking this deal feels like the offer that was proposed a week ago,” according to Stifel investment firm analyst John Larkin, “plus a CVR which is basically worth up to $25.”

Described as a 15-month “insurance policy,” the CVR would protect shareholders in the event that the company’s stock value dips below $175 per share in October of 2017, though CP estimates the new holding company’s stock should be worth $204 per share at the transaction’s expected closing in May 2016.

Rather than sweetening the pot, however, Larkin said Wednesday that the deal is actually more hostile and aggressive than Harrison’s previous proposals.

“There are now more assumptions in this model than were in the previous model, which we simply view as making this deal less friendly to its receivers who are already opposed to said proposal,” Larkin said in a statement.

Harrison’s refusal to back down and the terms of the latest offer are an indication that the rail industry is on the verge of its first proxy fight in years, Larkin said in a research note.

According to intermodal analyst Tony Hatch, the closest the industry has come to a hostile takeover was when CP activist investor Bill Ackman’s Pershing Square hedge fund installed Harrison as chief executive at the Canada railroad in 2012. In the wake of NS’s second rejection, Ackman has said that a proxy fight is now “reasonably likely."

Norfolk Southern responded Wednesday that its board fully intended on reviewing the latest CP proposal but added that other than the CVR, Wednesday’s bid isn’t any different from the terms of the prior offer — an offer that was unanimously rejected by the NS board.

Calgary-based CP’s original takeover bid for NS issued in early November valued NS at $28 billion, and was rejected by the NS board three weeks later.

CP upped its offer earlier this month to $42 billion, $32.86 in cash per share and 0.451 of a share in a new holding company. The revised bid cut the cash component, but increased the stock that NS shareholders would have from 41 percent to 47 percent.

NS, however, called the second offer worse than the first just 40 minutes after CP made the pitch on a conference call with investors and the media.

NS on Wednesday again called on its Canadian suitor to seek an order from the U.S. Surface Transportation Board, the top rail regulatory agency in the nation, to clarify whether or not CP’s proposed voting trust holding company model would work.

Last week, NS posted to its website a white paper authored by Chip Nottingham and Frank Mulvey, two former members on the U.S. Surface Transportation Board. In the document, Mulvey and Nottingham explain why they think a CP-NS merger and a proposed voting trust would have difficulty gaining regulatory approval in the U.S.

The white paper illustrated just how much CP’s chances of success in winning over NS shareholders in any sort of proxy fight are weighed down, not only by the significant regulatory obstacles laid out in the NS white paper, but NS shareholders’ unyielding stance that CP has significantly undervalued their company, a corporate governance and finance expert told JOC.com.

“It all comes down to price,” Charles Elson, a professor of corporate governance at the University of Delaware, told JOC.com. “If it’s a regulated industry and if the price is less than stellar, then the odds decrease.”

NS is not the only party that has voiced strong opposition to a potential merger. Final approval of a CP-NS merger would come down to a STB vote in Washington and STB members as recently as this past summer have said they have “no appetite” for consolidation in the industry.

Sen. Dick Durbin, D-Ill., sent a letter to the STB urging the agency to carefully consider the potential negative impact of the proposal on the nation’s freight network, especially the historic chokepoint of Chicago.

“We urge you to carefully review any plans submitted to the STB, and consider the potential negative impact of the proposal with respect to building a more efficient freight network in Chicago,” Durbin wrote.

According to a recent Cowen and Co. poll, rail shippers by and large also oppose Harrison’s proposed acquisition of NS. The Wall Street research firm found that 71 percent of respondents opposed a merger between the two companies, citing fears over fewer options and higher pricing. Nearly half said they would officially voice their opposition to the STB, should NS take CP up on its offer.