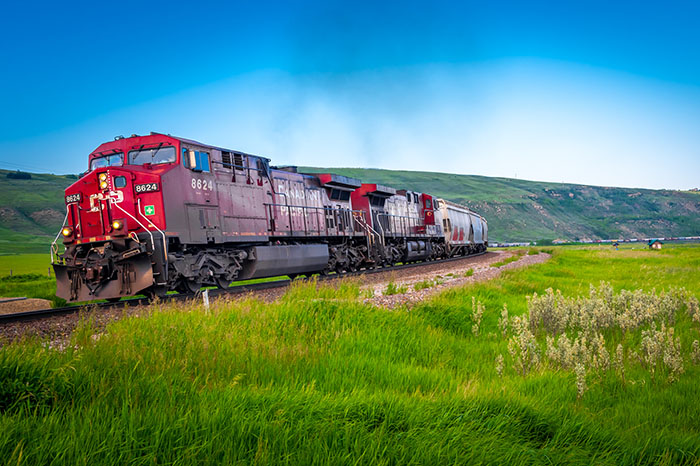 Canadian Pacific Railway (CP) is stepping up its efforts on the east coast of Canada, aiming to increase its own competitiveness while giving shippers a second option for inland intermodal cargo.

The Calgary-based Class I railroad will purchase the Central Maine & Quebec Railway (CMQ) from current owner Fortress Transportation and Infrastructure Investors, the companies said in a joint statement Thursday. The acquisition, terms of which were not disclosed, gives CP an additional 481 miles of rail lines in Quebec and Maine and, perhaps more importantly, direct access to its first deep-water east coast port in Saint John, New Brunswick, via New Brunswick Southern Railway (NBSR).

CP said the connection to Port Saint John will help in “preserving and enhancing competition,” while CEO Keith Creel noted the purchase “gives CP a true coast-to-coast network across Canada and an increased presence in the eastern US.” CP also operates intermodal service out of the Port of Vancouver on the west coast of Canada.

Port Saint John is served by the short line NBSR, which connects to the main line of CP rival Canadian National Railway (CN) as well as CMQ to provide service to central Canada and the US East Coast and Midwest. The port is currently called by two liner services, Mediterranean Shipping Co.’s transshipment string to and from Freeport, Bahamas, and a CMA CGM loop connecting Saint John with the US ports of New York-New Jersey and Savannah, and the Caribbean ports of San Juan, Puerto Rico, and Kingston, Jamaica.

By contrast, the Port of Halifax is served exclusively by CN, which in May was beaten out in an attempt to acquire a stake in the port’s Halterm facility, the largest container terminal in eastern Canada. Halifax has previously been compared with the Port of Prince Rupert in northwestern British Columbia, which CN has leveraged as an alternative gateway for Asian cargo bound for Canada and the United States. Now the shoe may be on the other foot, with CP looking to position Port Saint John as a competitor to Halifax.

The Port of Montreal also is served by both CN and CP, but due to a minimum channel draft of 37 feet can only handle vessels up to about 5,000 TEU of capacity at present, a limitation that could hurt the port's competitiveness as carriers continue to deploy larger ships on North American trades. Port Saint John, on the other hand, has no such draft restrictions and has the added benefit of being directly on the ocean, whereas Montreal is several hundred miles up the St. Lawrence River.

CP’s purchase of CMQ is expected to close at the end of 2019, subject to customary conditions, the railroad said.