US ports running smoothly ahead of expected ‘normal’ peak

US ports running smoothly ahead of expected ‘normal’ peak 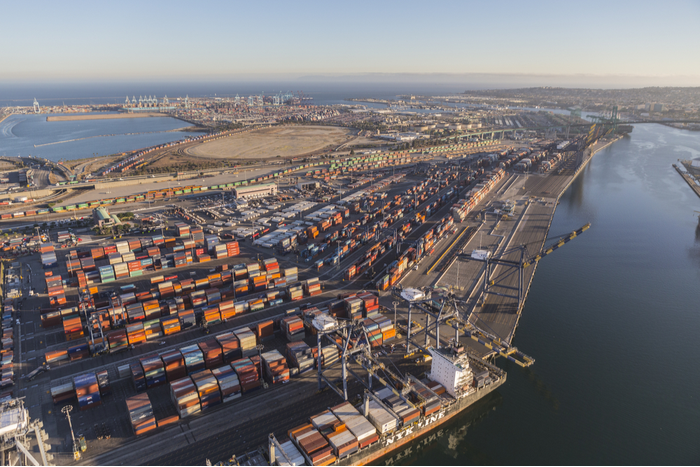 The average truck turn time in Los Angeles-Long Beach in May was 84 minutes, down from 90 in February and 98 minutes in January, the worst month this year. Photo credit: Shutterstock.com.

North American gateways that struggled last year to handle peak season imports from Asia, including Los Angeles-Long Beach, New York-New Jersey, and Vancouver, are fluid today and appear to be positioned to handle what is shaping up to be normal peak season volumes this autumn.

The current snapshot in time looks good on all counts — taking deliveries at the marine terminals, delivering containers to import distribution centers, and serving the rail ramps, “Everything is going as planned,” Weiss said Friday.

Conversations with beneficial cargo owners (BCOs), non-vessel-operating common carriers (NVOs), and logistics consultants indicate peak season 2019 will look like those of 2017 and earlier. An industry consultant and former logistics director at a national retailer said peak season volumes are returning to a “normal cadence.” That means vessel space in Asia imports will be strong in August to October, but year-over-year growth each month will be about 2 to 5 percent.

That contrasts with the relentless front-loading of imports last year as retailers and manufacturers worked to stay ahead of tariffs and threatened tariffs on imports from China. The first spike last year was in July, rather than in August, and unusually large import volumes continued through December. In fact, US imports from Asia in the fourth quarter of 2018 were 15.5 percent higher than in the same quarter of 2017, according to PIERS, a JOC.com sister company within IHS Markit.

The front-loading of imports beginning early last summer filled up the scheduled weekly sailings, and carriers deployed 34 extra-loader vessels to carry the overflow. This deluge of imports filled warehouses in Southern California and New York-New Jersey beyond capacity. Marine terminals were congested as imports backed up from the warehouses. The problems were compounded by a flood of empty container returns. Rail service to inland hubs, especially Chicago, was compromised as those import destinations were also overwhelmed by cargo.

Operators in Southern California learned last year how extra-loader vessels can overwhelm a container terminal. Sean Pierce, president and CEO of Fenix Marine Service, said the handling of extra-loaders forced the terminal to store inbound containers in the buffer area that all terminal operators attempt to keep in order to handle surges. This pushed terminal utilization to 100 percent or higher, which caused extreme congestion for months.

“Fenix will not get itself again into a position of putting boxes outside of the grid,” Pierce said. If that requires turning down requests from carriers to receive extra-loader vessels, that’s what the company will do, he said. “We have a capacity limit. When we exceed it, we can actually lose money,” said Pierce.

Calm before the storm

With imports having dropped off the past few months, terminals are using the lag period to stay ahead of congestion before it occurs. Truckers have been asked to move empty containers back to the terminals before the peak season spike occurs, and this should help to keep empty returns from causing problems such as occurred last year, said Weston LaBar, CEO of the Harbor Trucking Association (HTA).

Metrics on truck turn times in the harbor provided by the HTA, and container dwell times provided by the Pacific Merchant Shipping Association (PMSA), point to relatively fluid port conditions in Los Angeles-Long Beach. The average truck turn time in May was 84 minutes, which was down from 90 in February and down from January, the worst month this year, at 98 minutes.

The average container dwell time at the docks before the inbound containers were picked up by truckers was 2.3 days in May, down from 2.5 days in April and 2.7 days in March. January was the worst month in Los Angeles-Long Beach at 4.3 days dwell time. “This good news reflects more efficient operations for all members of the supply chain,” said Jessica Alvarenga, PMSA’s manager of government affairs.

Vancouver offers intermodal rail service by the Canadian National and Canadian Pacific railroads to the US Midwest and also experienced congestion last year from the surge of imports. The average rail container dwell time peaked at 5.6 days in February. Dwell times were 4.3 days in March but returned to 2.0 days in April and 2.1 days in May. Rail container dwell times around two days are considered good productivity, according to the port’s website.

The average dwell time on Friday was in the two- to three-day range in Vancouver, indicating the Canadian port is fluid entering the peak season. Kevin Krause, vice president of ocean services at SEKO Logistics, said the recent stability of container dwell times gives BCOs a lower-cost option to the Midwest than US West Coast ports with the peak season approaching. However, SEKO also reminds customers that after two difficult winters in Vancouver in 2017 and 2018, BCOs should be prepared to pivot to other gateways if congestion emerges.

New York-New Jersey is handling increased container exchanges from the 13,000-TEU vessels that call weekly at the largest East Coast port since the height of the Bayonne Bridge was raised in 2017 to allow transit of larger vessels. New York-New Jersey had sporadic congestion last autumn and winter from growing container exchanges as high as 13,000 TEU per vessel call. This year, the  port’s five terminals are handling larger vessels and container exchanges “without any issues,” Beth Rooney, deputy director of the port authority’s port division, told JOC.com in May.

The Ocean Alliance canceled three individual weekly sailings in June and announced three additional blank sailings in July, which indicates that import volumes on the eve of the peak season have not been as strong as they were last year. Krause told JOC.com Friday space is beginning to get tighter on vessels leaving Asian ports, which is in line with normal seasonal trends of previous years.